I have been wanting to share our Christmas festivities but I must have been too busy enjoying them to do so.
Now here I am, December 31st mere hours to midnight, feeling the need to squeeze all this in before the New Year hits. 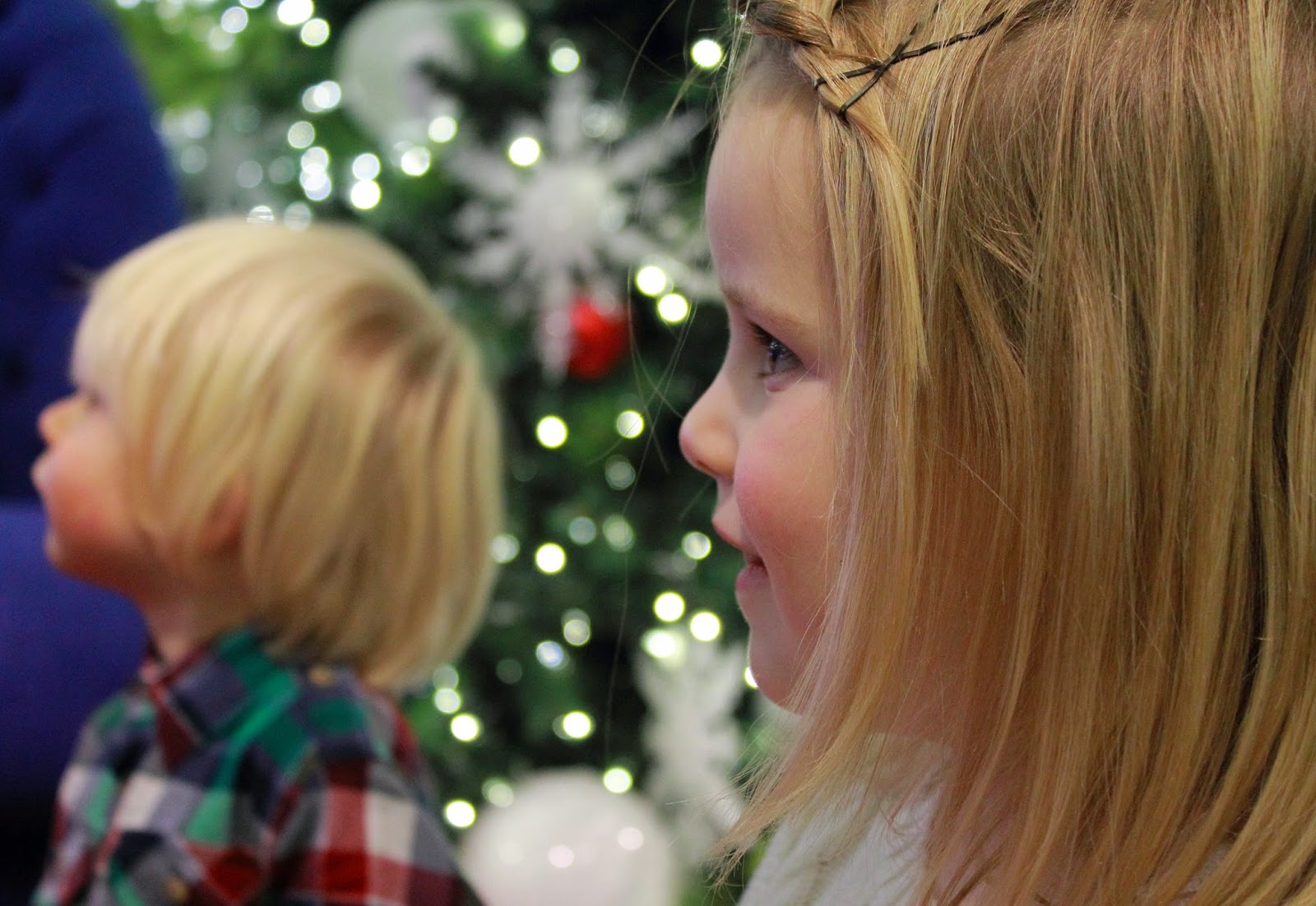 1. Ballet.
The Christmas recital for Alberta Ballet Edmonton Studios included our BFF Charlie this year.
Fiona was also more than ready to attend Alberta Ballet's Nutcracker and loved every minute of it. 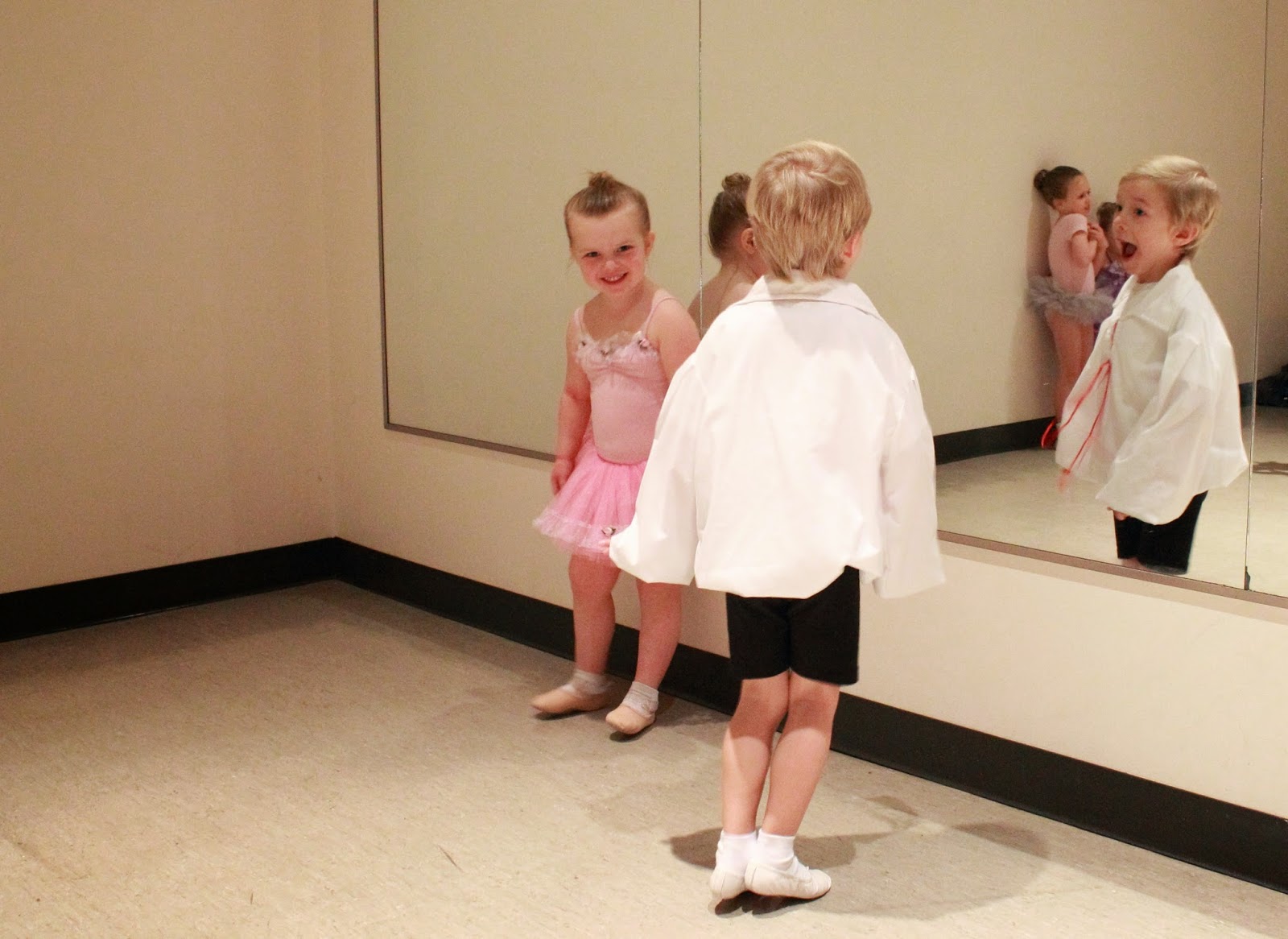 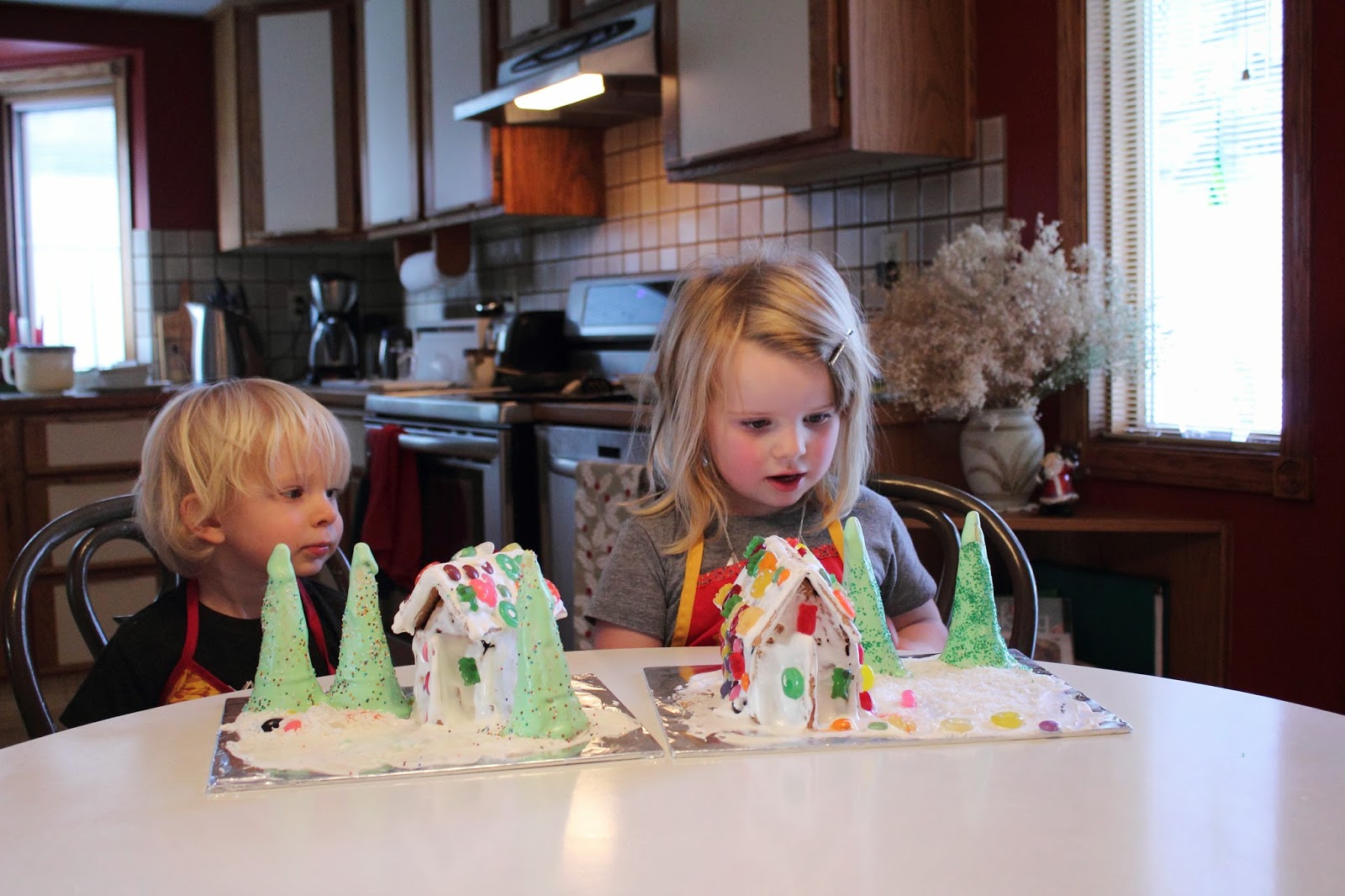 3. Festival of Lights at the Edmonton Valley Zoo. 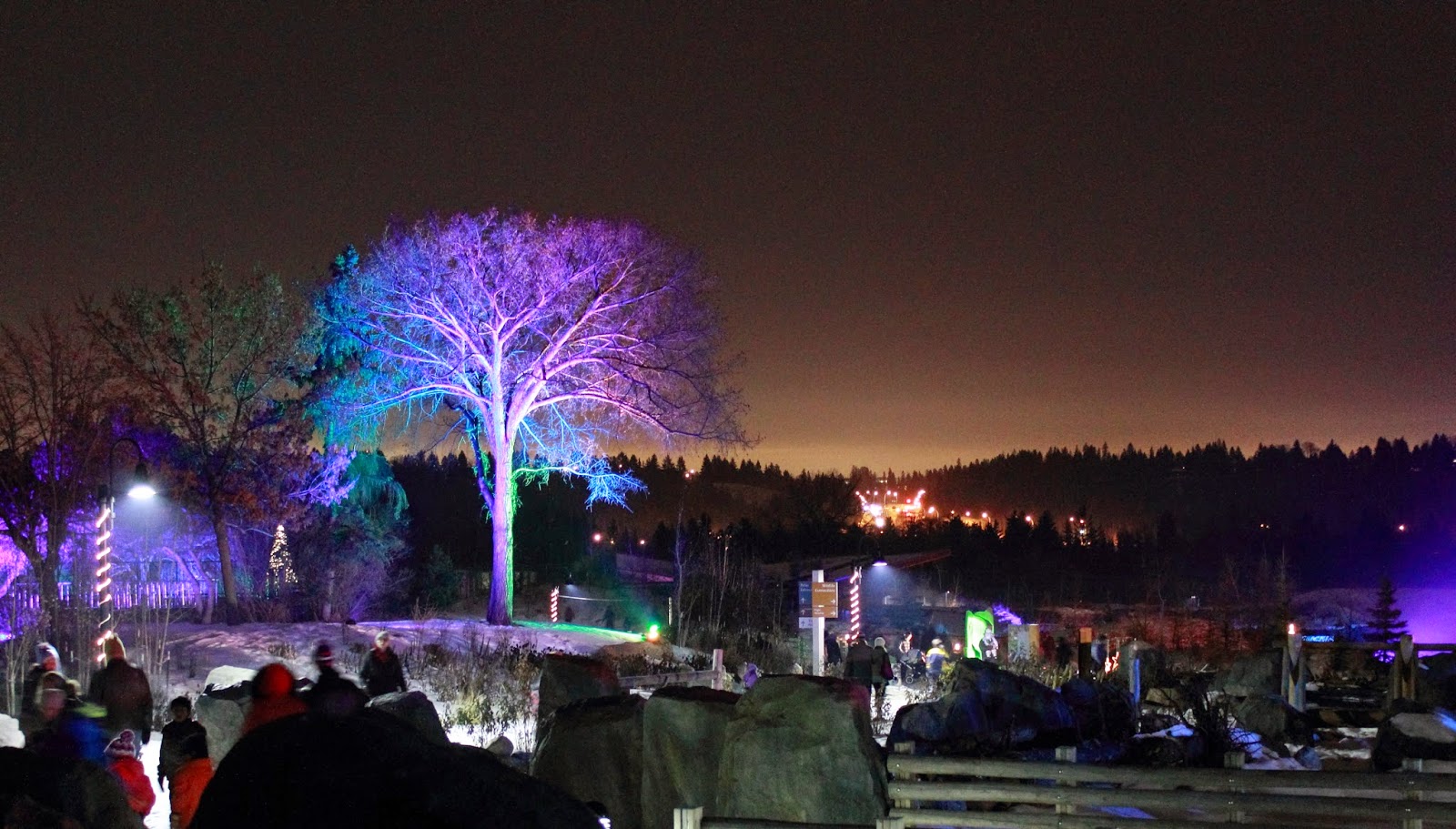 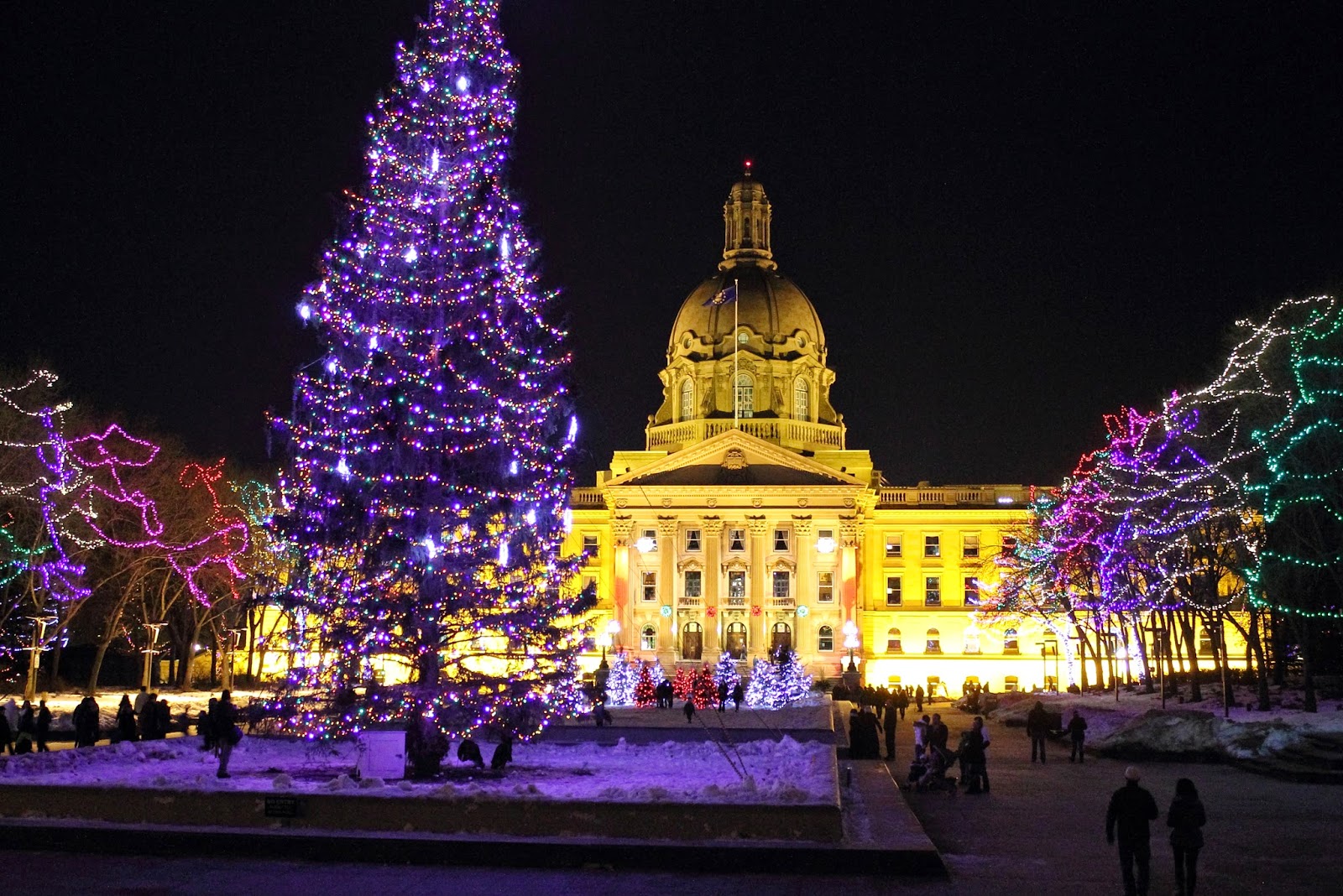 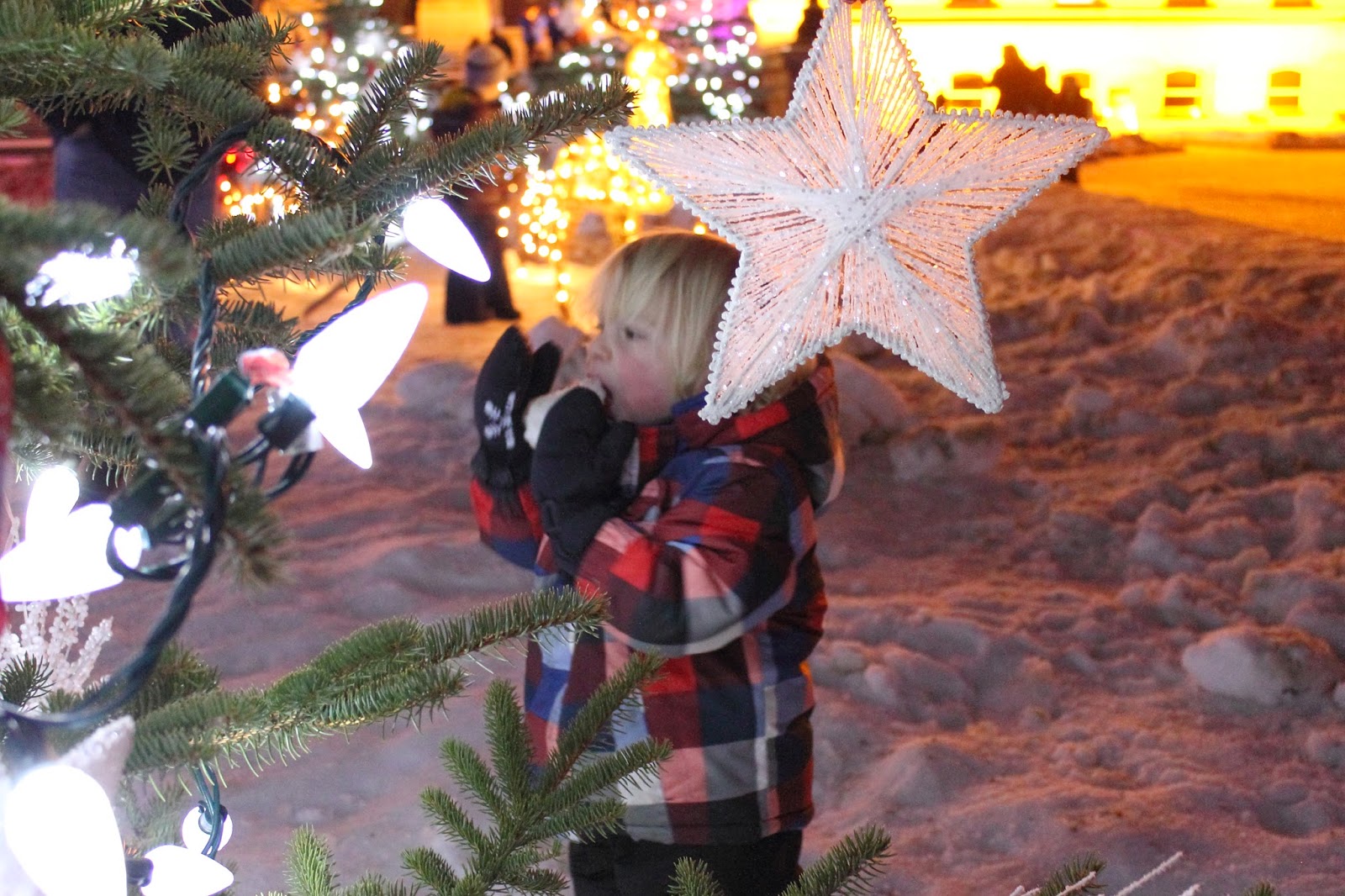 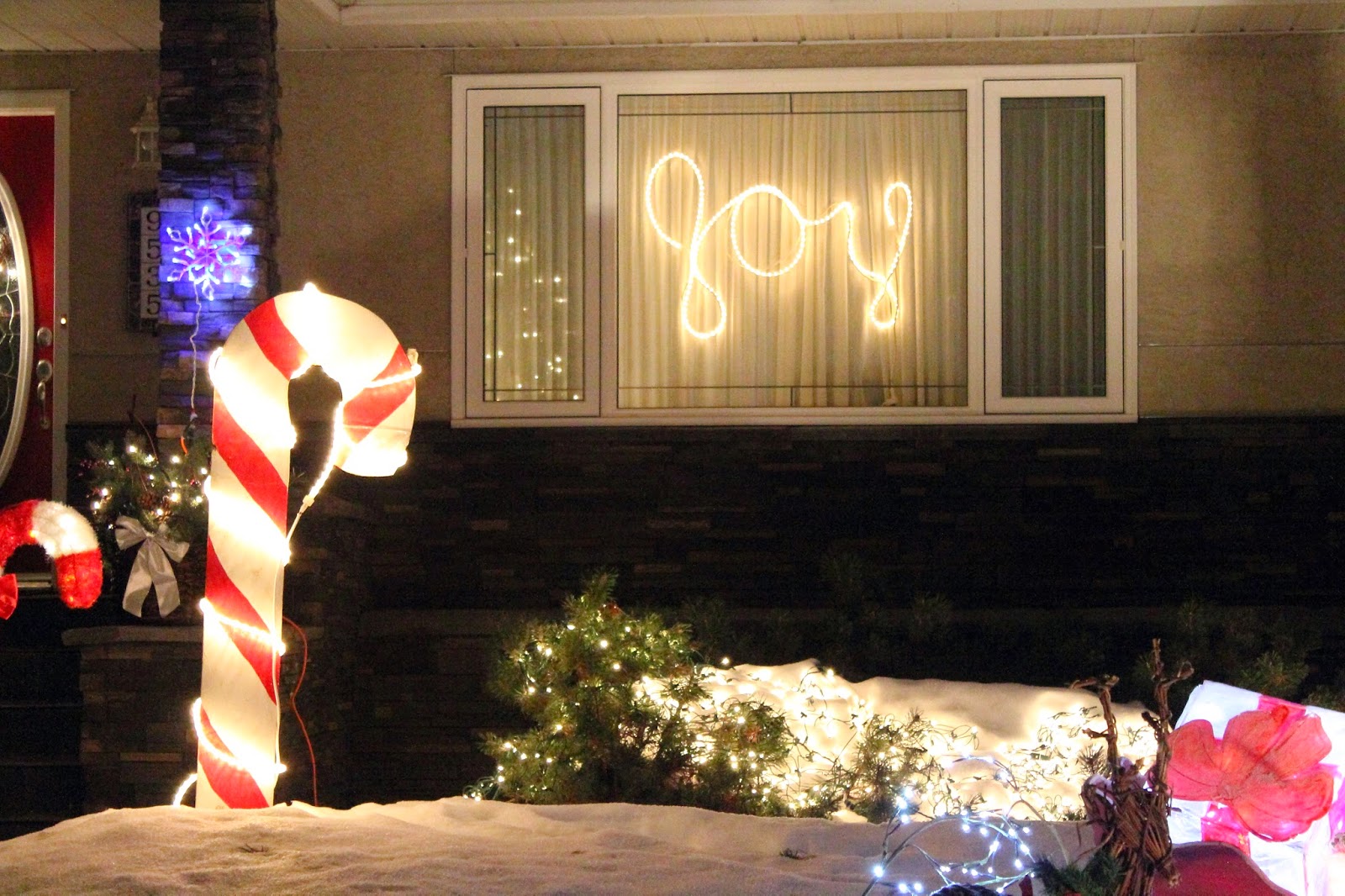 We always love the lights but were especially taken by the sweet people who decided to give their time to play Santa (on the left in case you weren't sure) handing out candy canes and 3 friends who bought toys to hand out to the kids walking on the lane.
We were blown away by this generosity. 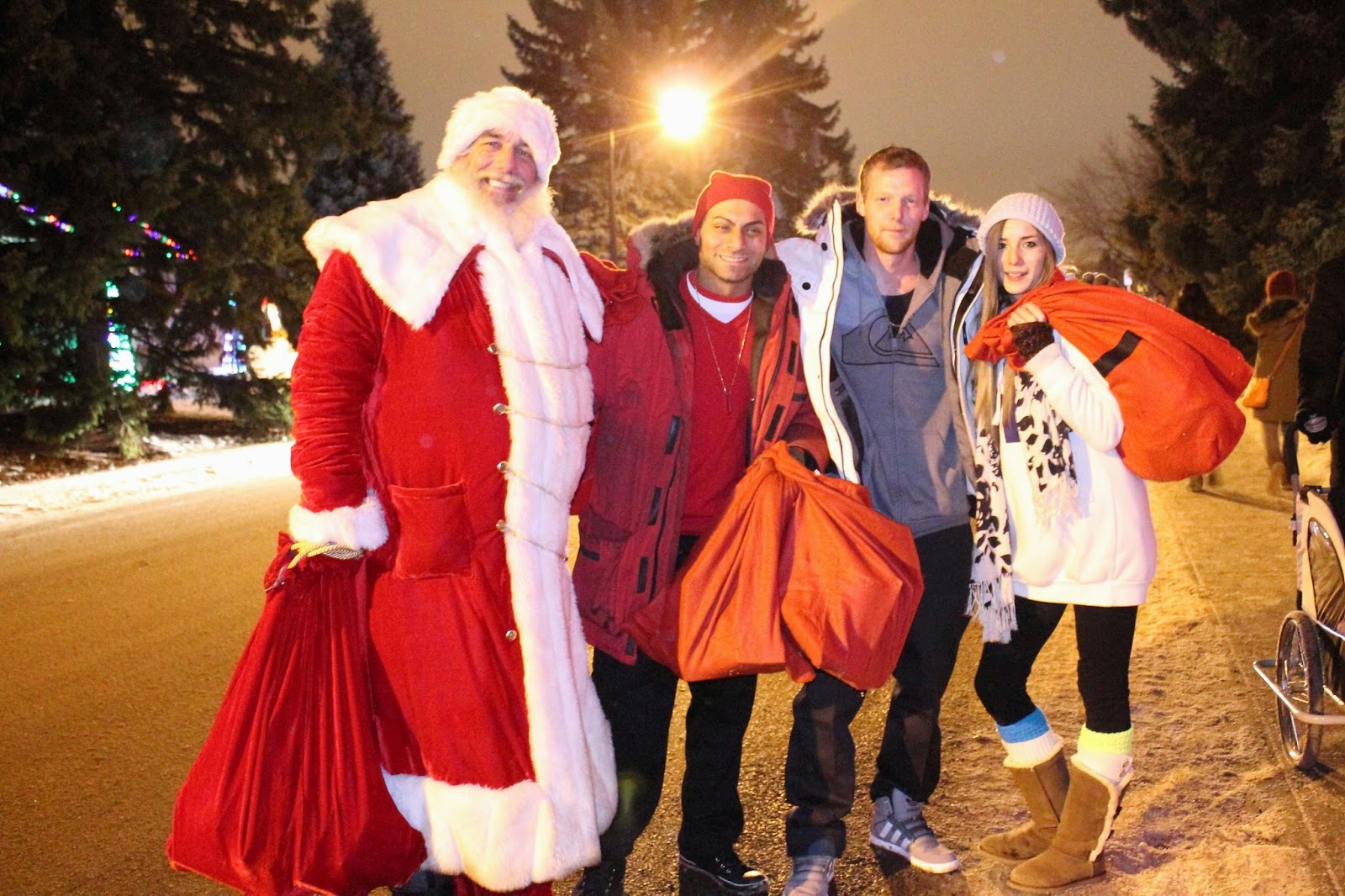 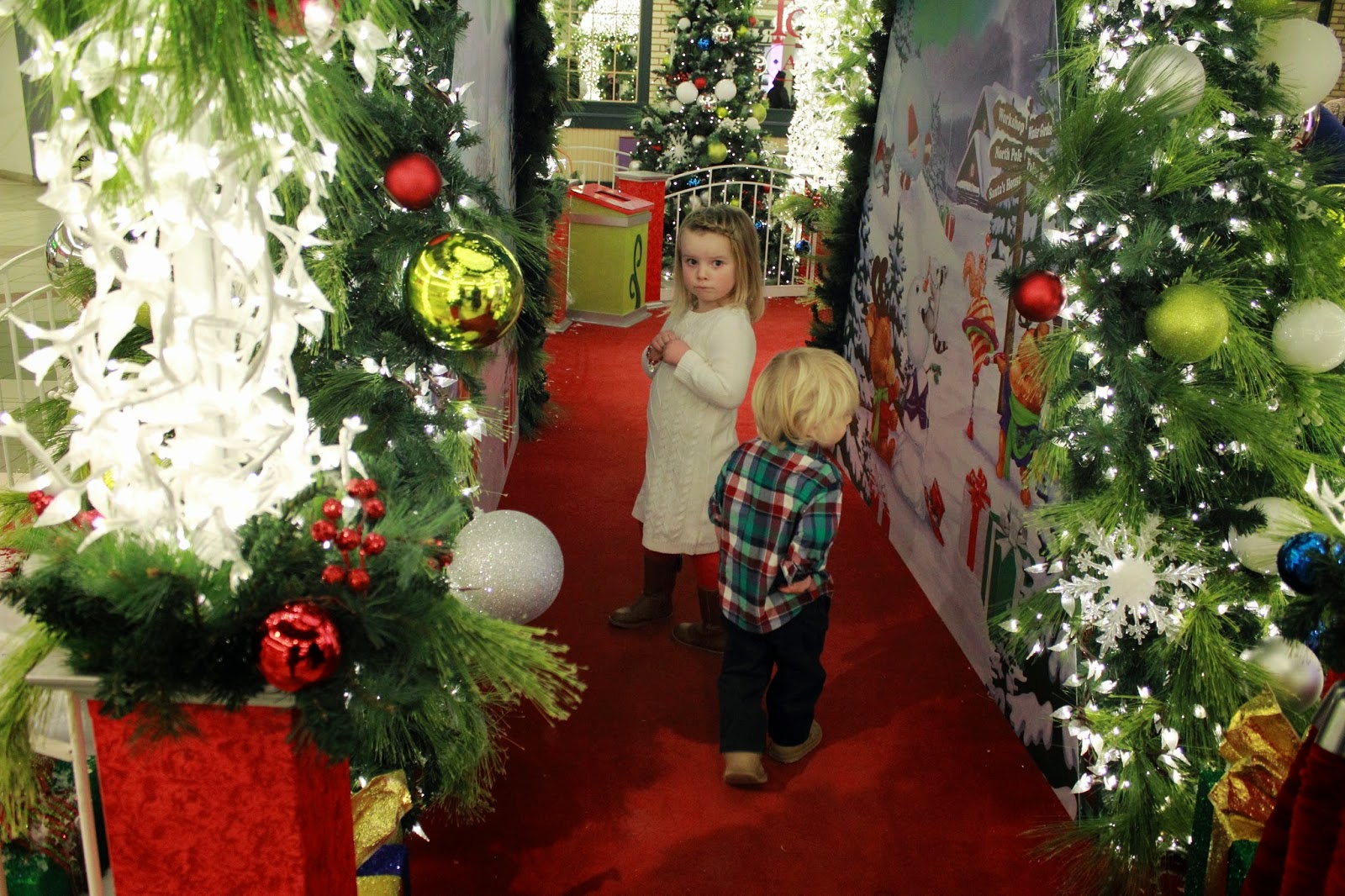 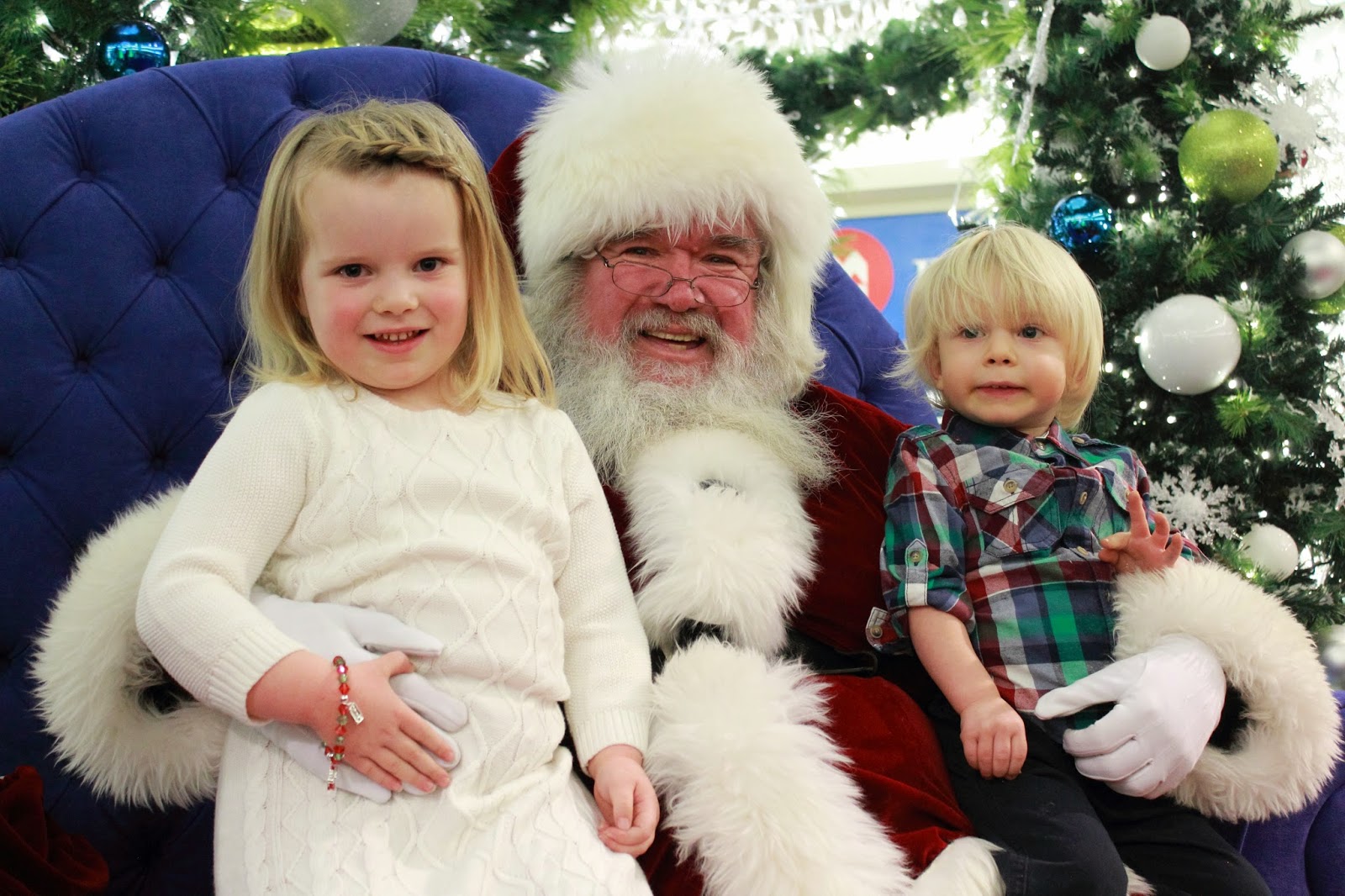 7. JCI Holiday Hamper.
This was our first year participating and it was our partner Chloe who organized it.
It was a humbling and heart warming day and an organization we would support again. 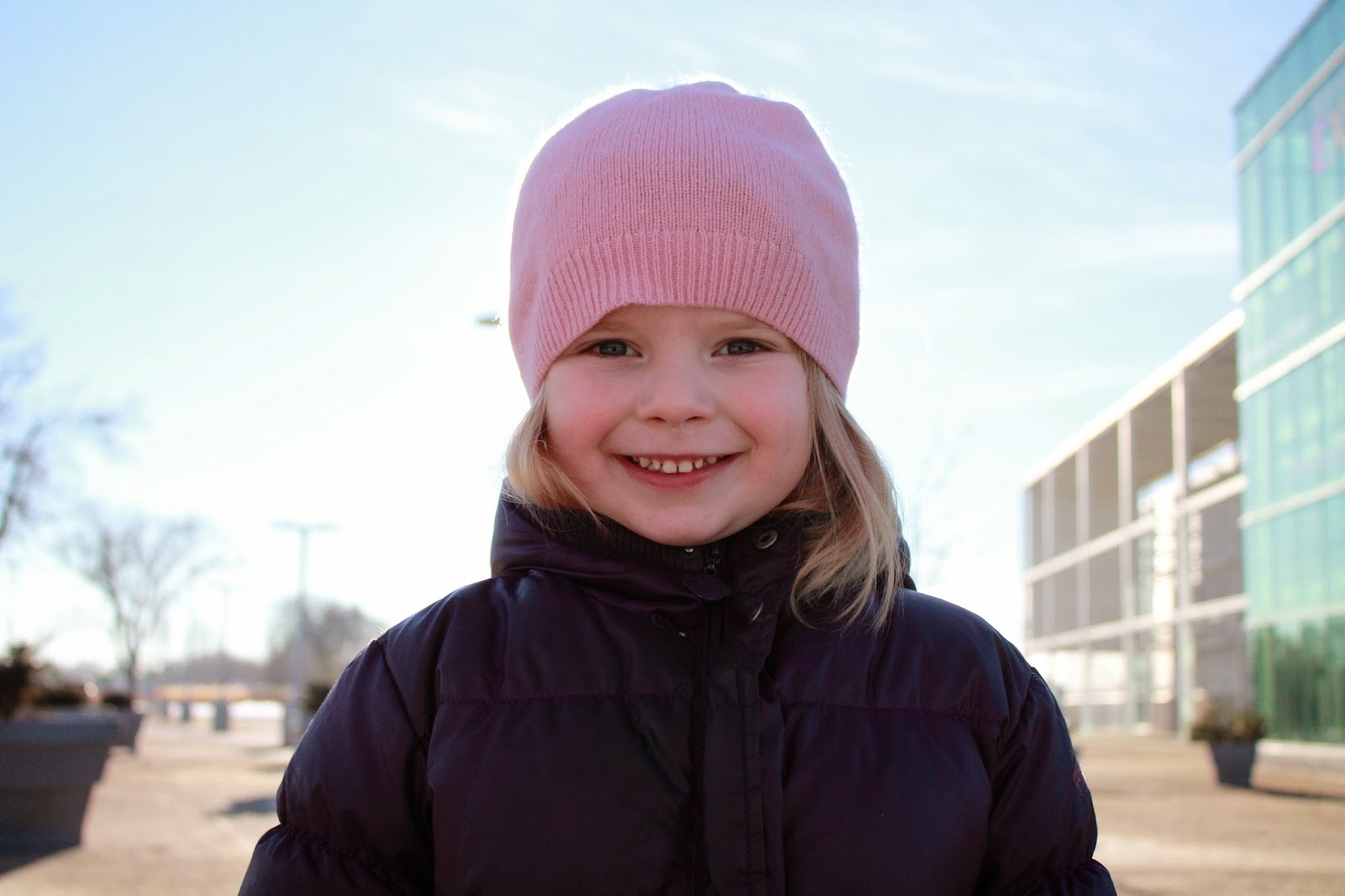 8. Christmas Eve was at our house this year.
I loved having ample time to set out our cookies and carrots. 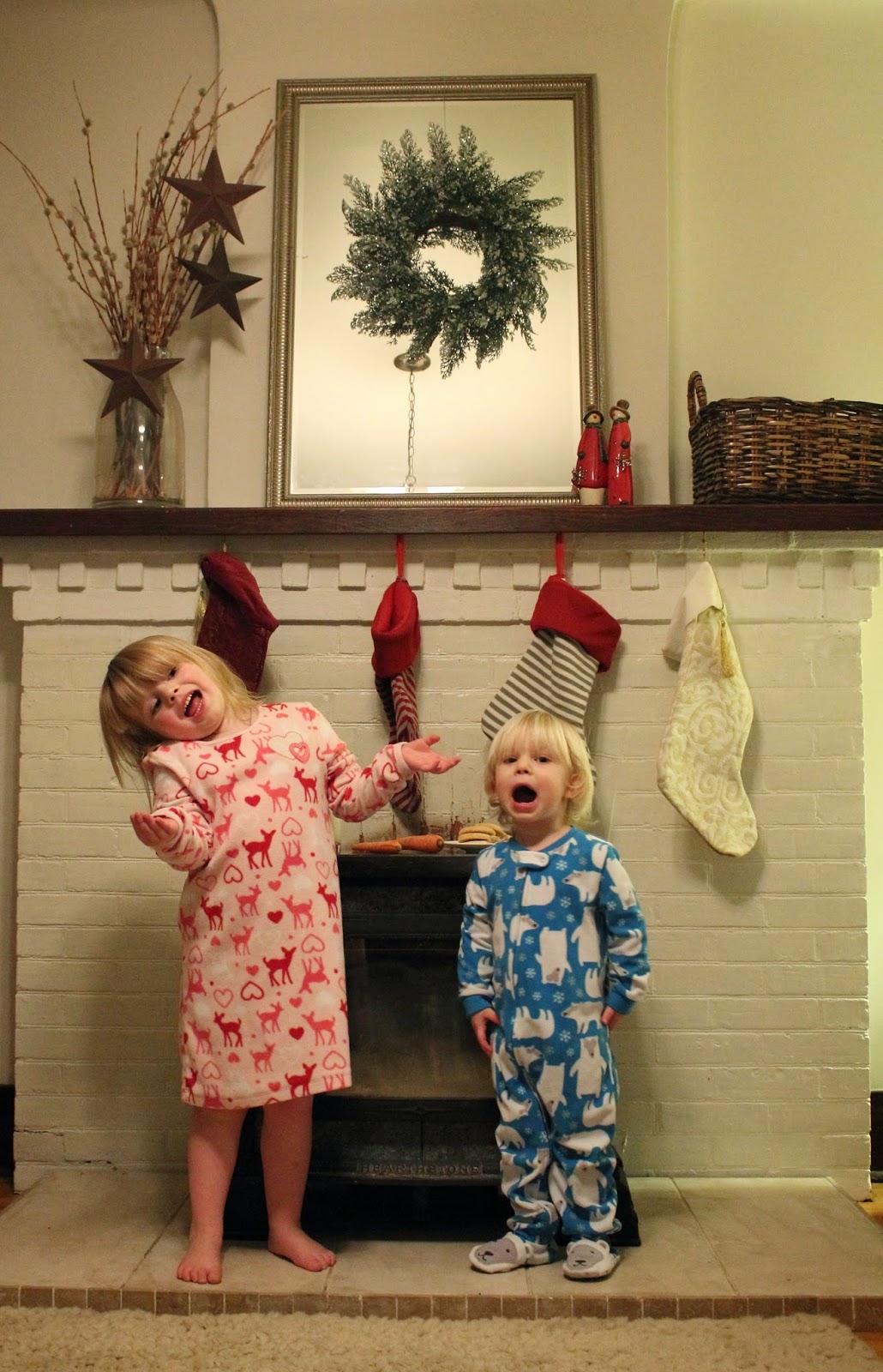 9. A month worth of early mornings and late nights with background Christmas lights. 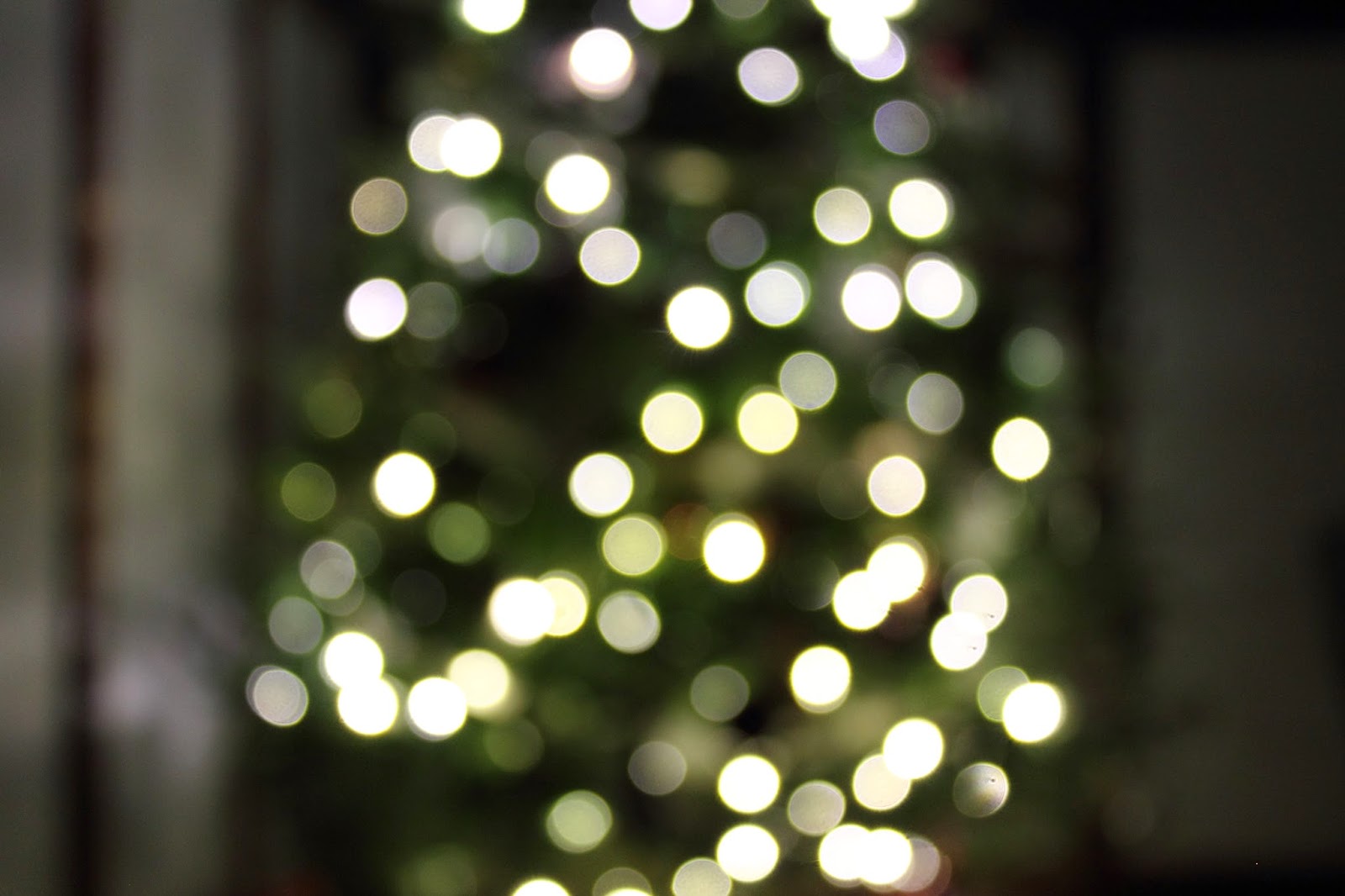 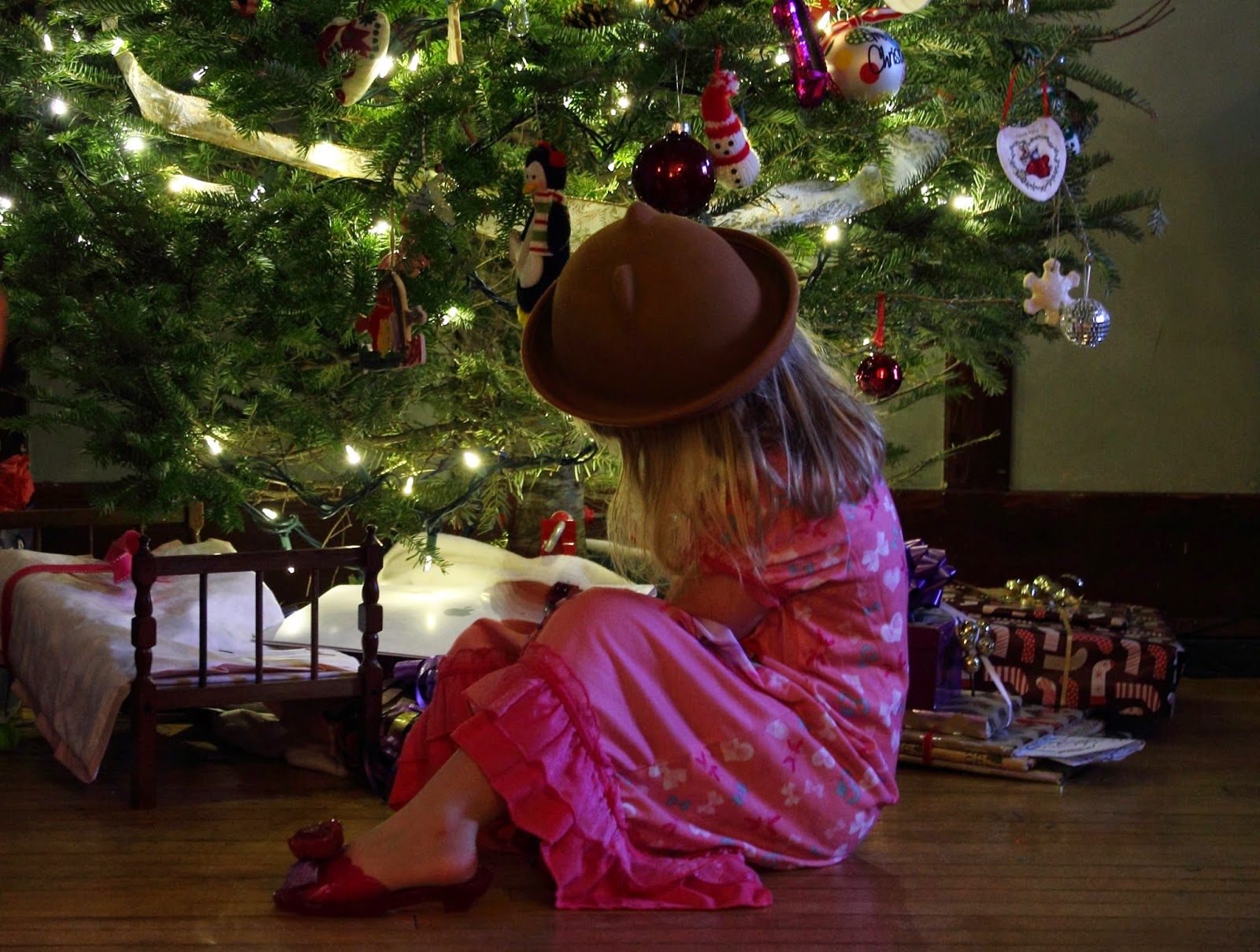 11. A beautiful, magical and exhausting multi location Christmas day.
We enjoyed 2 turkey dinners and lots of love.
Small traditions like the angel carousel below gave the day extra magic. 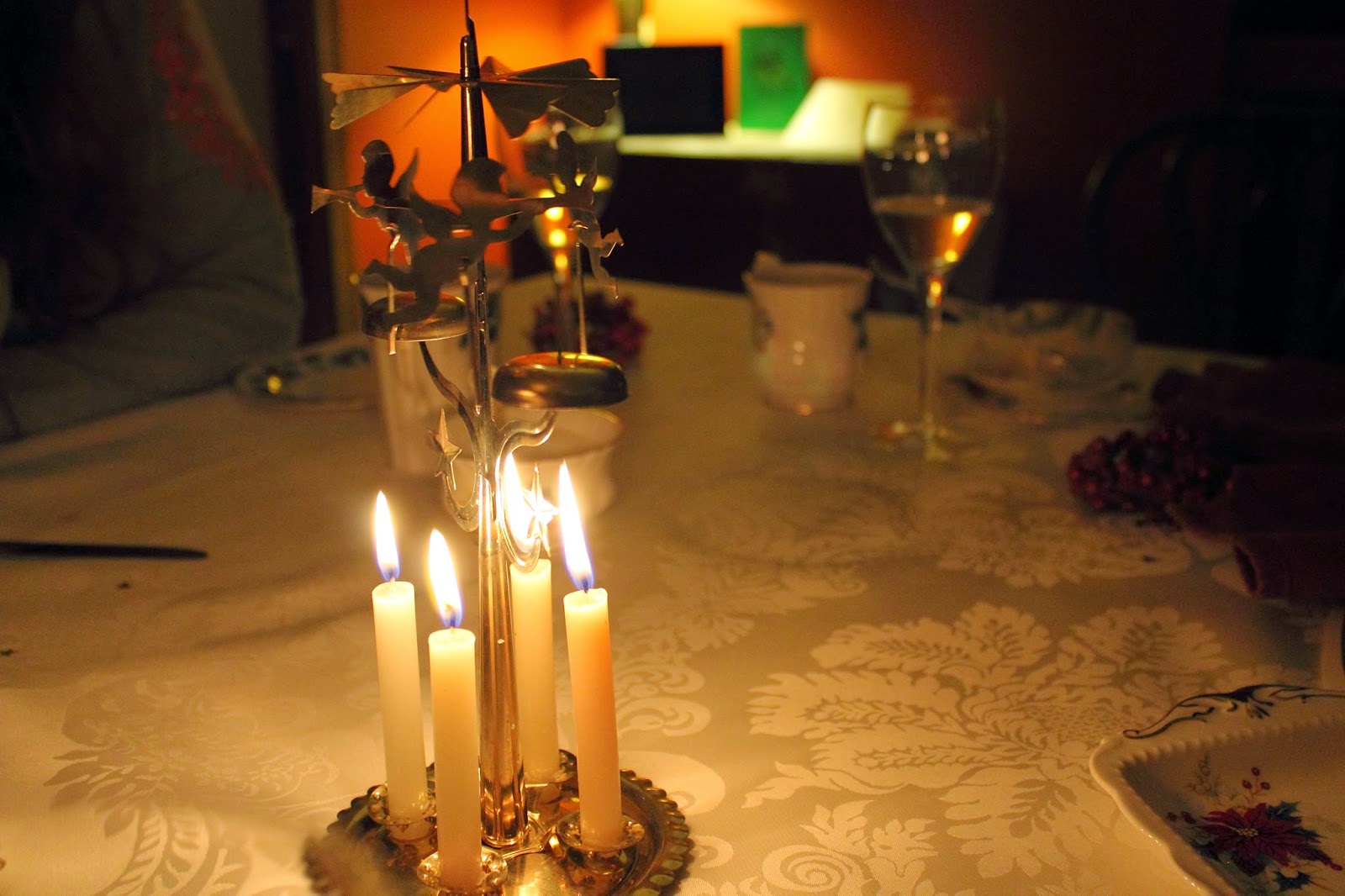 12. Christmas aftermath.
On boxing day we headed to the lake for some much needed decompressing. 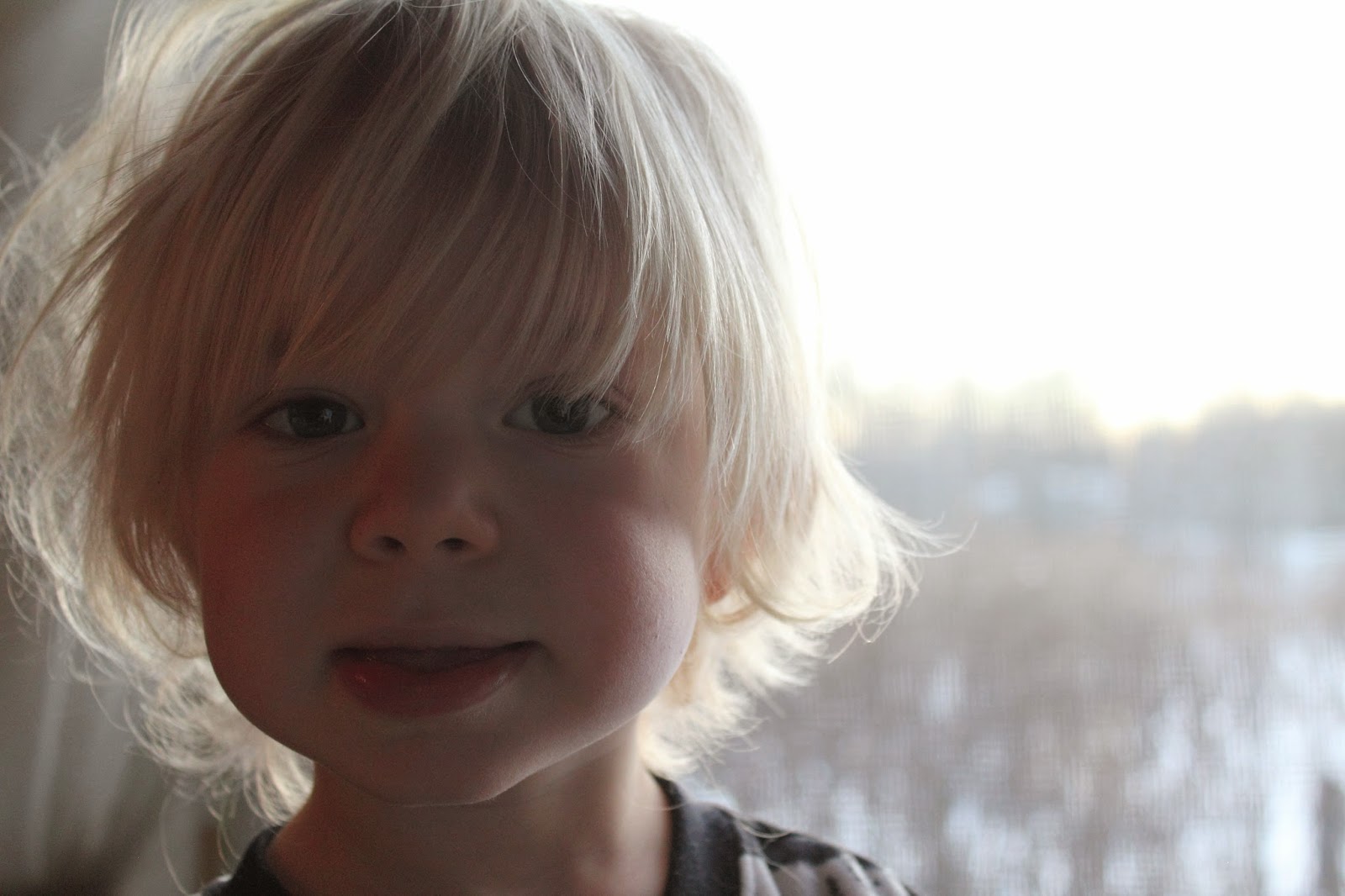 Just like last year we shovelled a rink on the lake and broke out the skates. 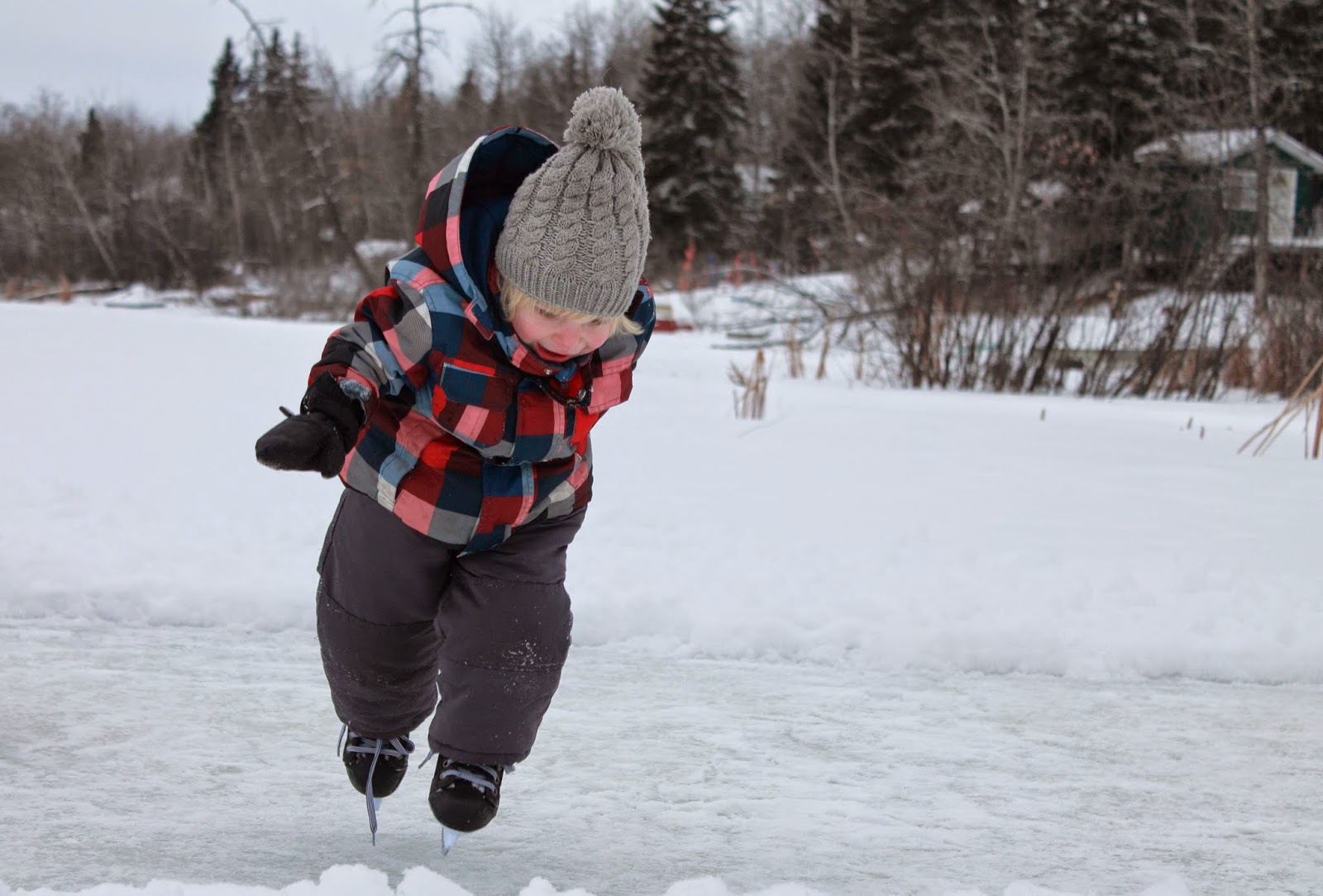 The kids were significantly more confident and begged us to get out again. 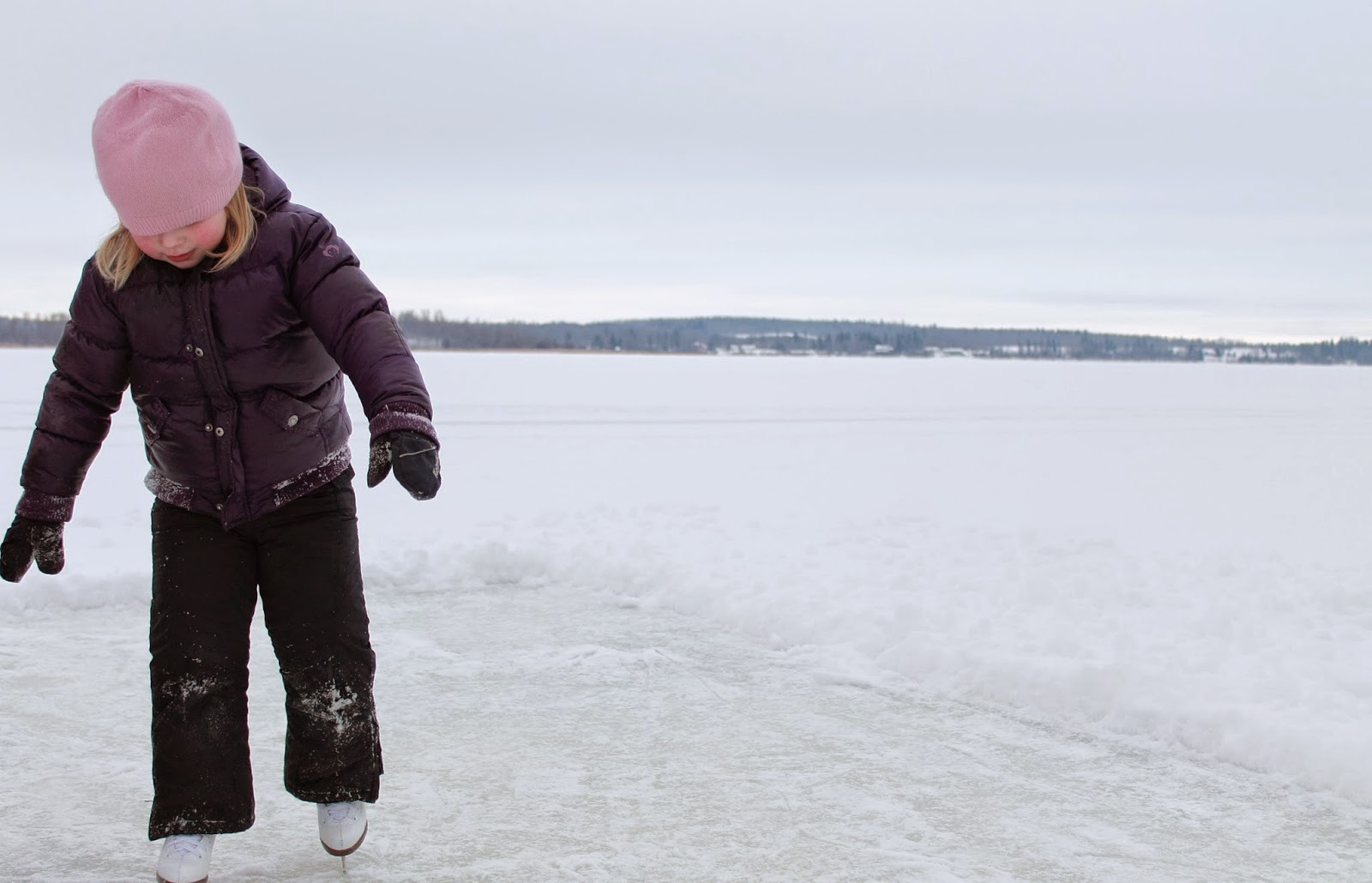 I brought the tripod out and attempted a family picture.
One small hitch, 10 seconds is not long to walk over snow from the camera to the shot when you're wearing hockey skates.
The result is a shot where I'm holding my 4 year old for support and, you know, I love it. 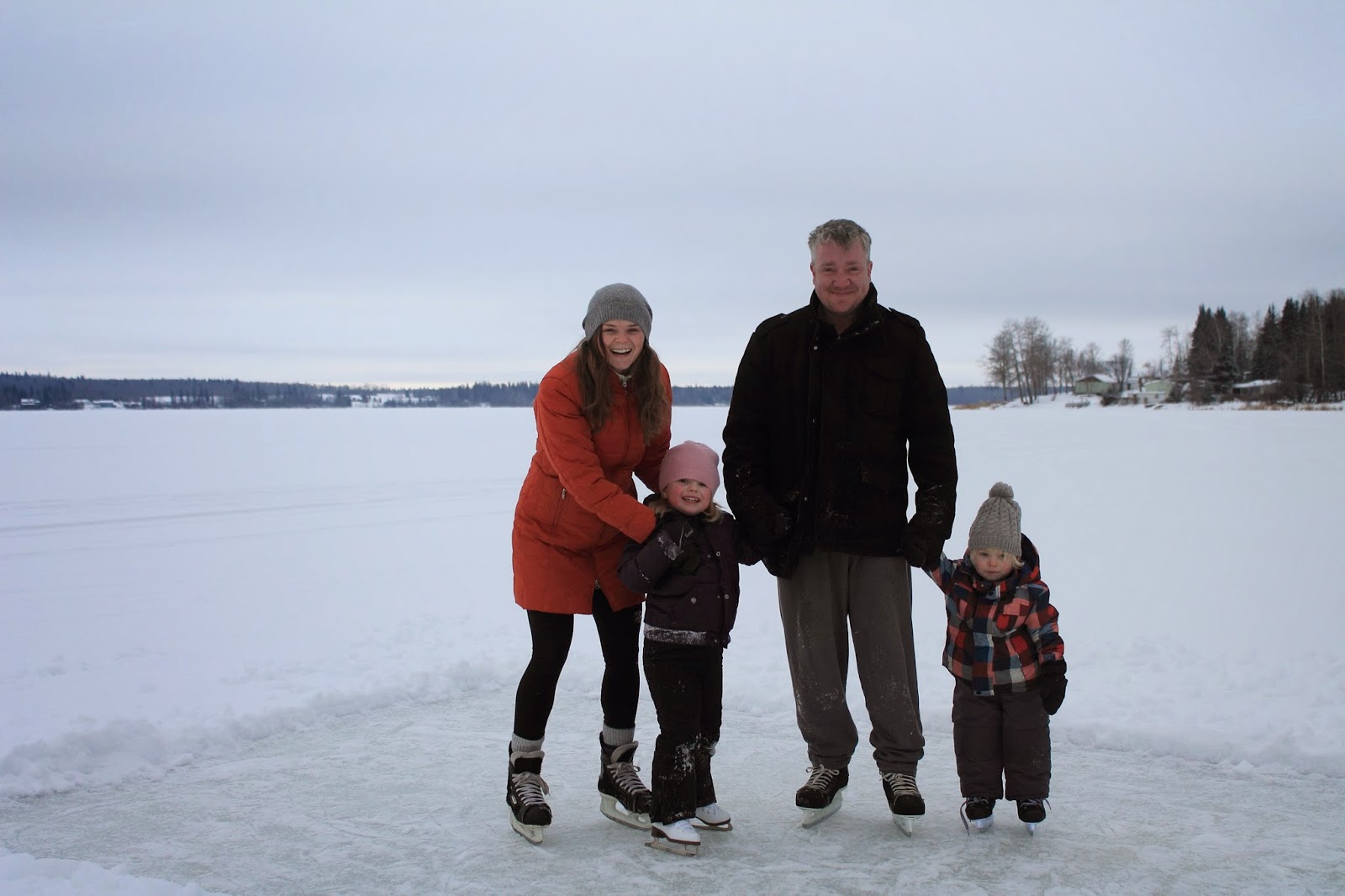 BONUS
13. A Christmas miracle.
My sweet boy decided on Dec 22nd that he was done with diapers.
Not just wants-to-wear-underwear done but meltdown-when-we-tried-to-give-him-a-nightime-diaper done.
So we obliged {and frantically re-read the "3 Day Potty Training" manual} and never looked back.
By Christmas Eve he went the day with only one accident and on Christmas morning he woke up dry.
No you didn't hear wrong, dry!
I'm not counting my chickens just yet, this isn't my first kick at the can you know.
We could just as easily go backward but I am so proud of my guy.
He made this decision completely on his own and with a little help {thanks Gram and Grandma} rocked it. 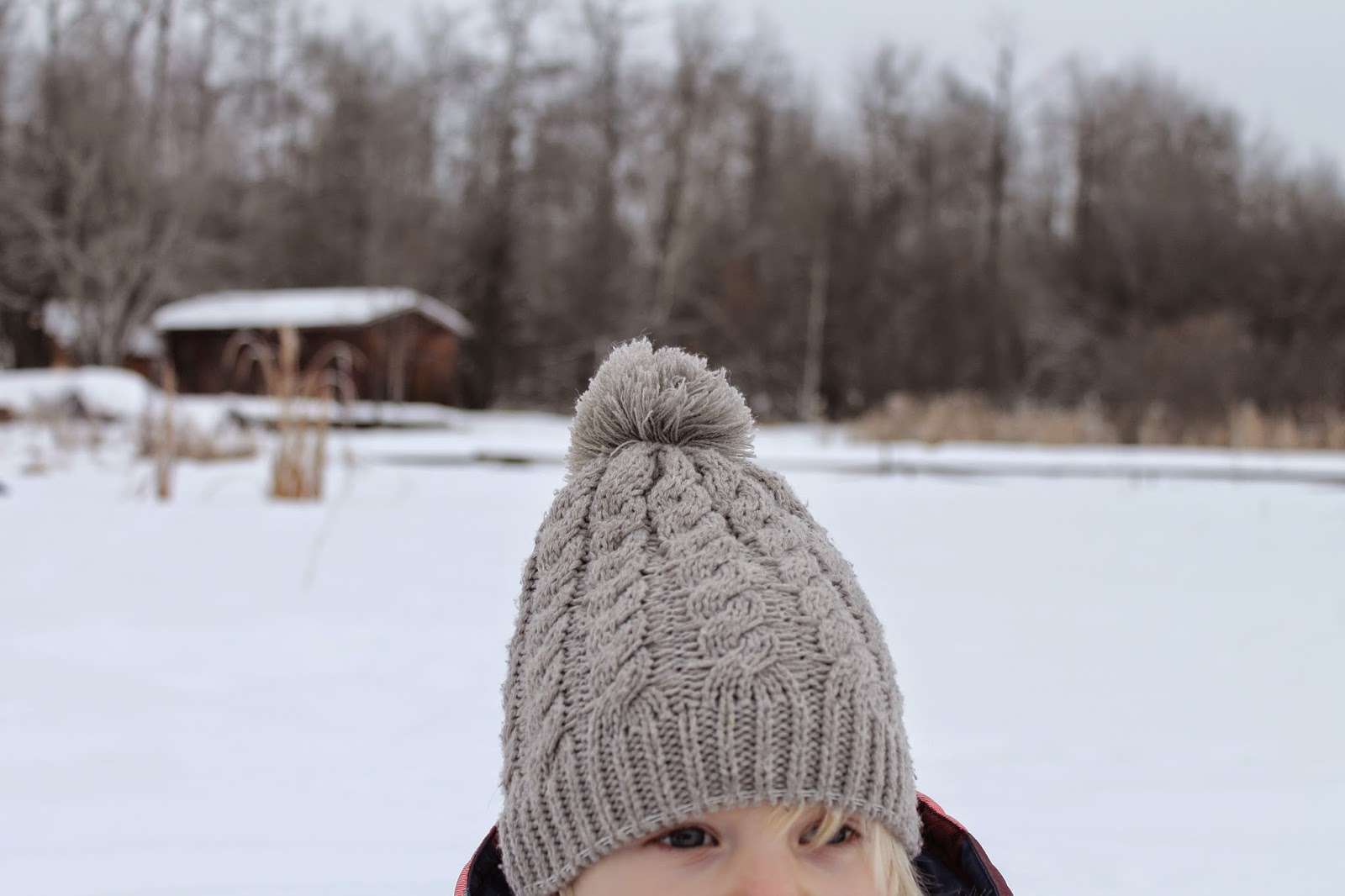 I hope you had a great Christmas and are having a beautiful New Year celebration.
Posted by cwesthicks at 11:08 PM 3 comments:

Now this was awesome. 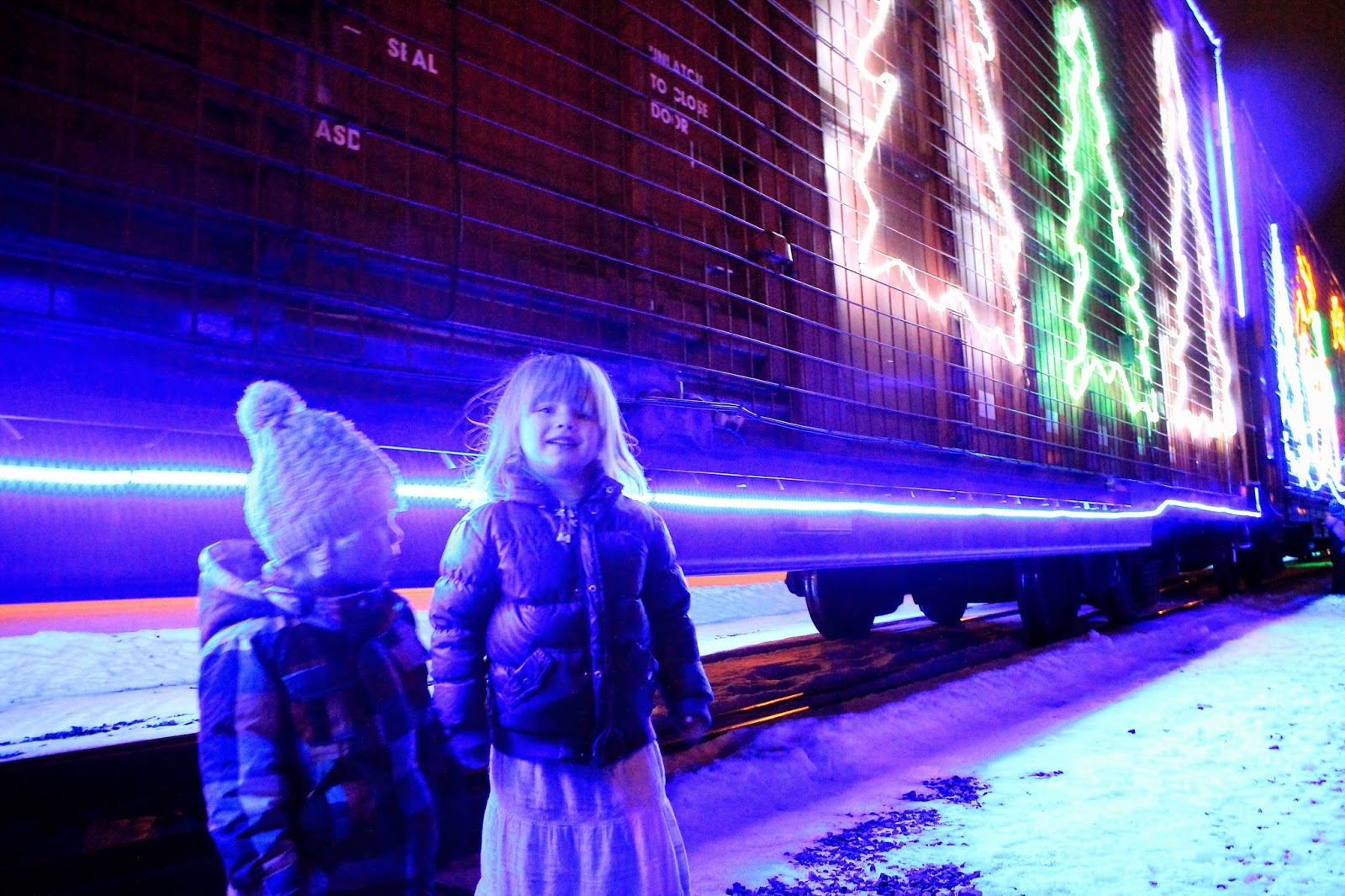 Thanks CP Railway for the Holiday Train. 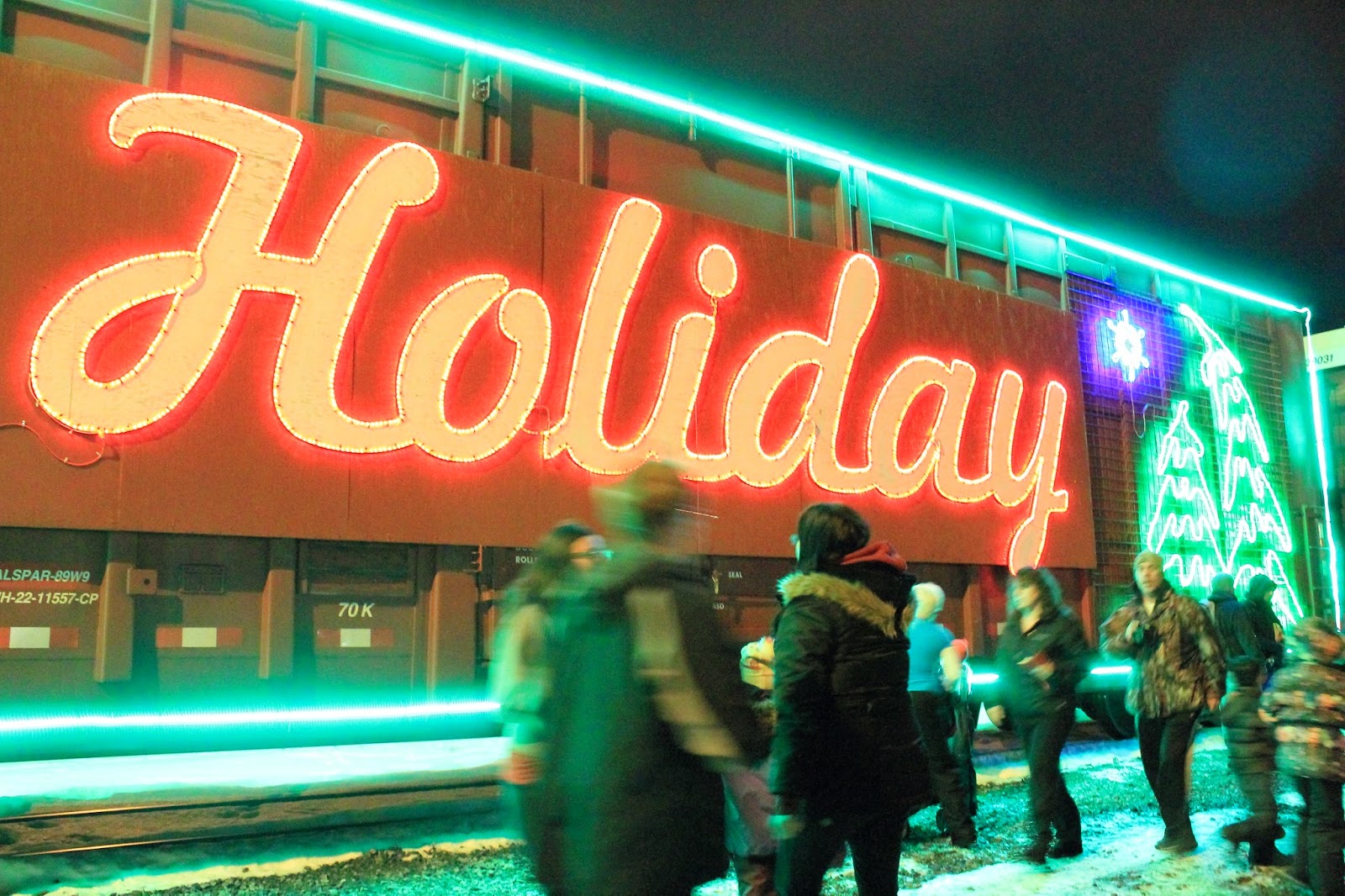 The show was a little late for us so we ducked out after walking the length of the train but that was perfect. 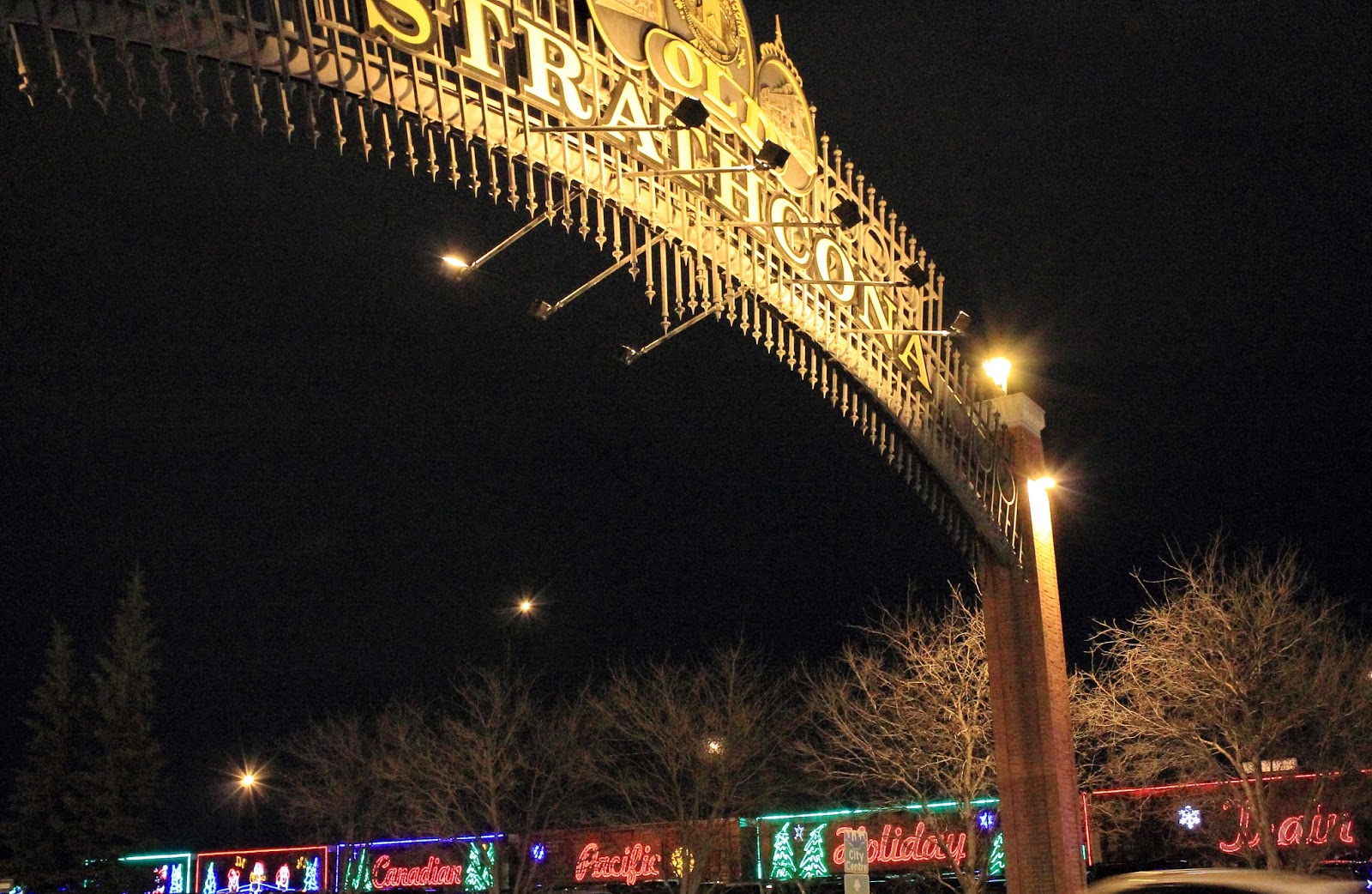 We jump at any chance to head to Ontario where the majority of our family is from.
This trip was not for the most joyous of occasions but was still welcome.
There was some talk of my Gram's memorial service being held in the spring since the usual haste to prepare the remains was not an issue.
She donated her body to education and science at the university, just as my Grandad before her.
Yet another example of the commitment they felt to their life long careers.

In the end a closer date was chosen just in time to beat the Christmas rush.
Christmas had, of course, already rushed all over the place. 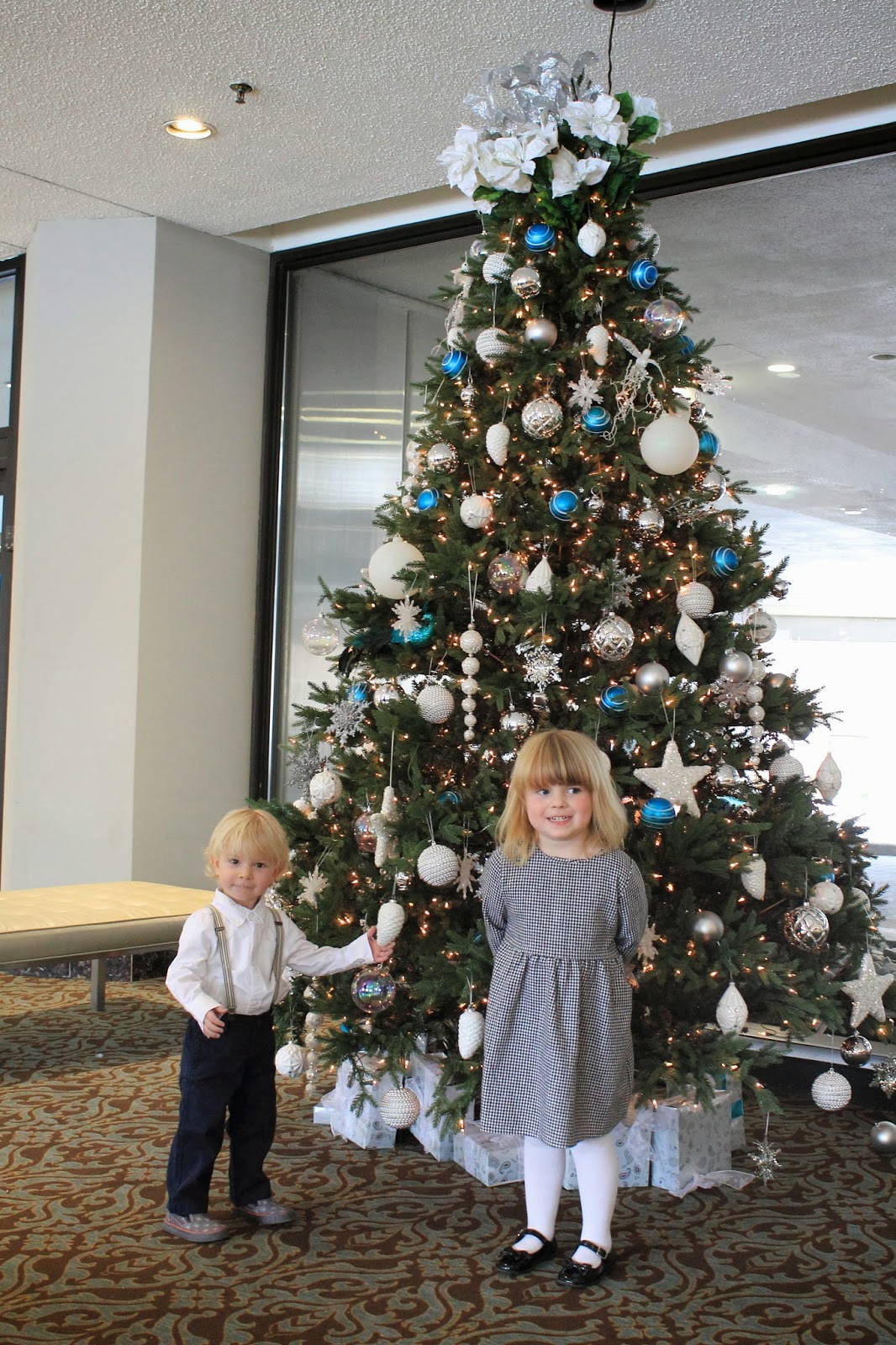 The service was held at a hotel since Gram would not have chosen a church for, well, anything.
The memorabilia revealed a full and accomplished life.
I even discovered that Gram was the valedictorian of her high school graduating class.
My cousin read her address which spoke of their responsibility, as the first post-war graduating class, to shape the country.
Fiona was especially taken with her University scribbler full of perfectly penned lessons on teaching kindergarten.
A far cry from my own chicken scratch pharmacy notes which would most certainly not look as nice on display. 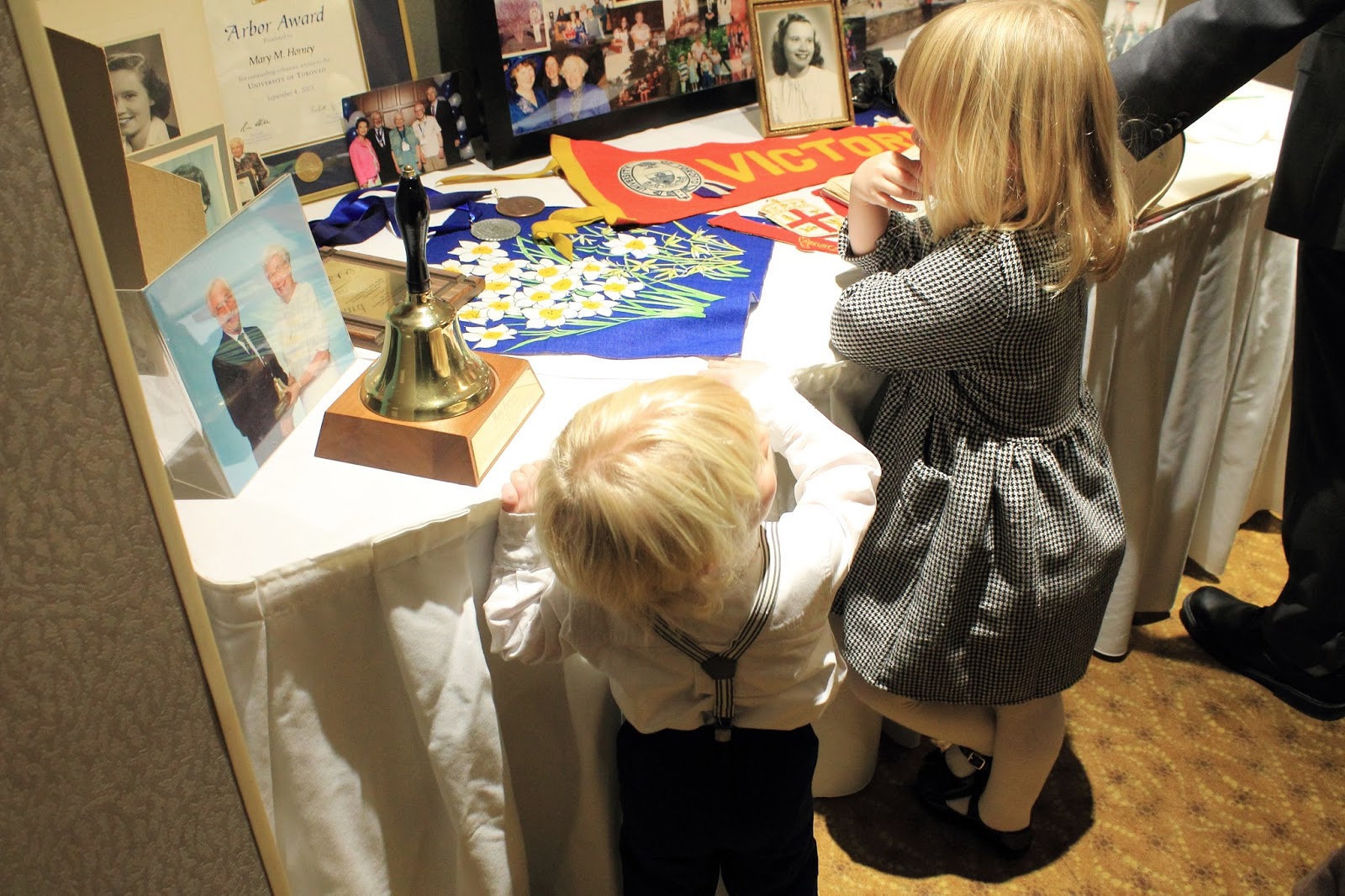 One of many {I'm sure} cottage journals was also set out.
Gram was always encouraging us to write in it at each visit to Elizabeth Island.
What a treasure to have now. 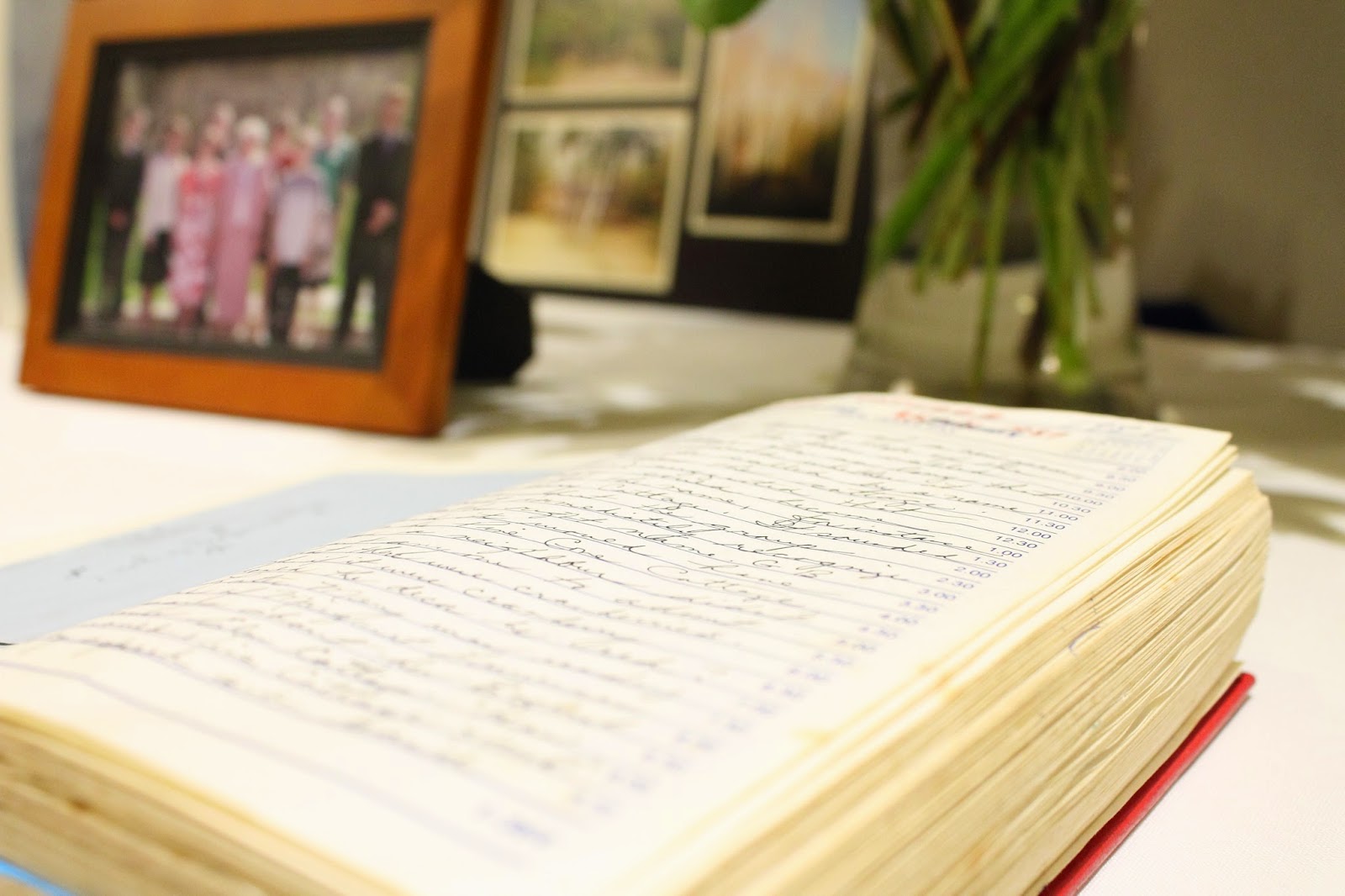 So many family members spoke which highlighted the differences {and similarities} in the role Gram played in each of our lives.
Two of Gram's dear friends also wrote tributes.
The first was read by my Mom as the writer could not attend.
She knew her when they were both "freshies" at University and spent their first days sleeping on cots in a tea room while waiting for the girls dorm to be finished.
She told tales of sock hops, including the dance where my grandparents met.

The second also spoke of the distant past but what stuck with me were her more recent memories.
To hear her recollect the moment that she knew she "was losing her friend" was heart wrenching but her words were so beautiful and you felt her anguish in that moment. 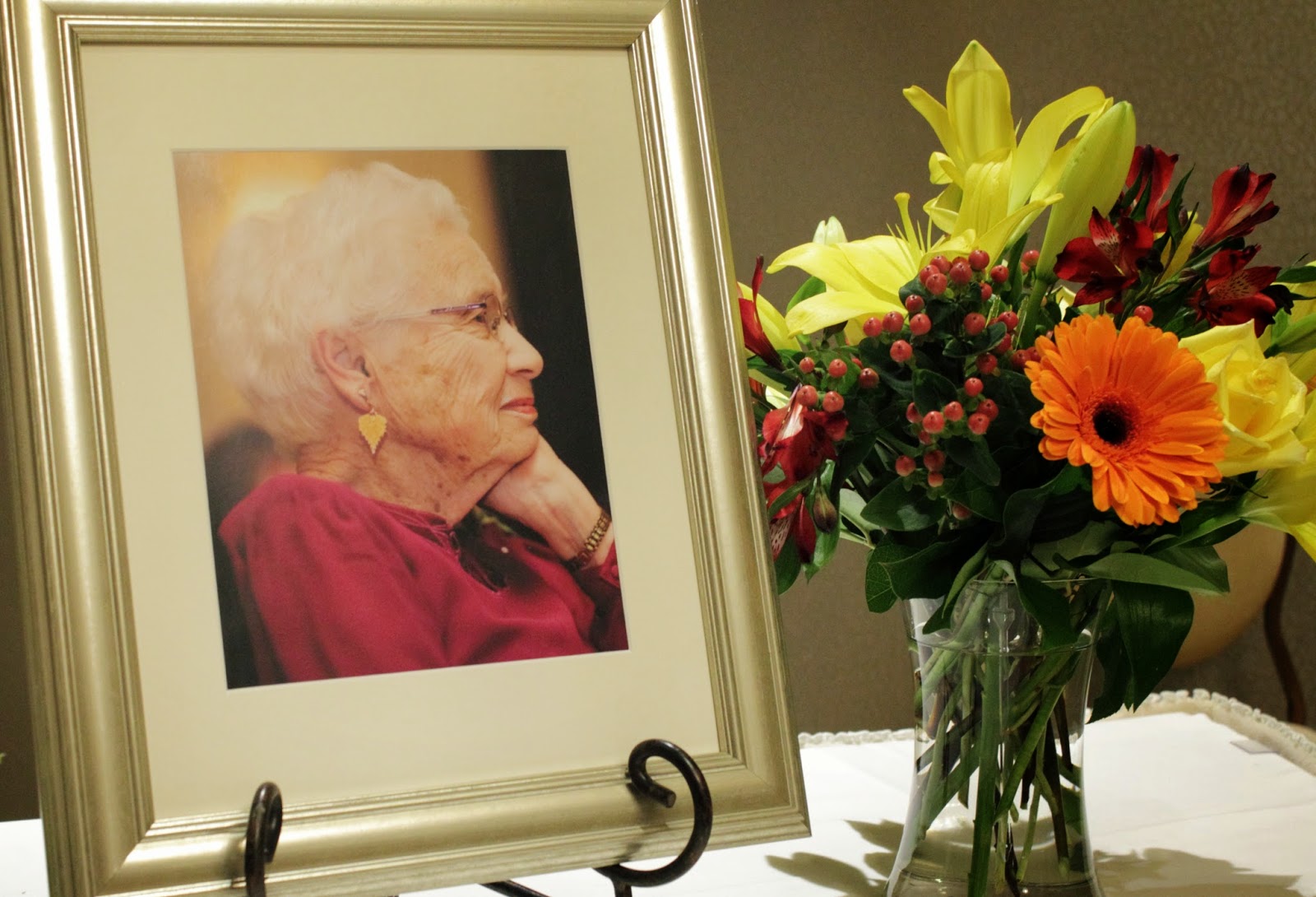 The above photo depicts exactly how I remember my Gram.
Thoughtful, attentive, intelligent, proud and kind.

The photo below I took from our hotel room since it also evoked memories of Gram.
The shadows of the trees through the curtains felt like a view I had seen more than once from each of Gram's properties. 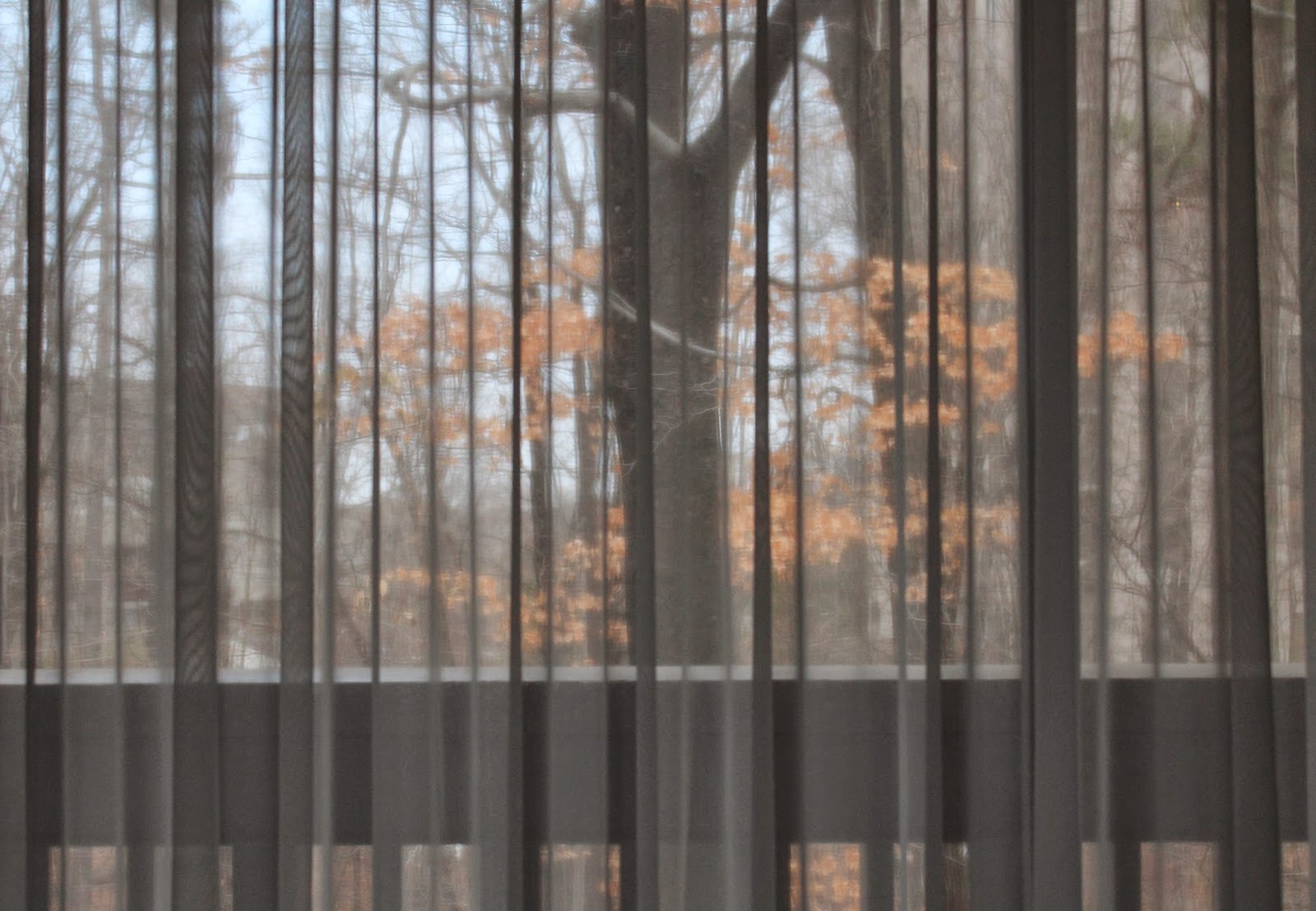 Though the memorial was what took us to Ontario, the highlight was the family.
I got fewer pictures than I had hoped so am only sharing the one of the newest addition.
Great to meet you Beau. 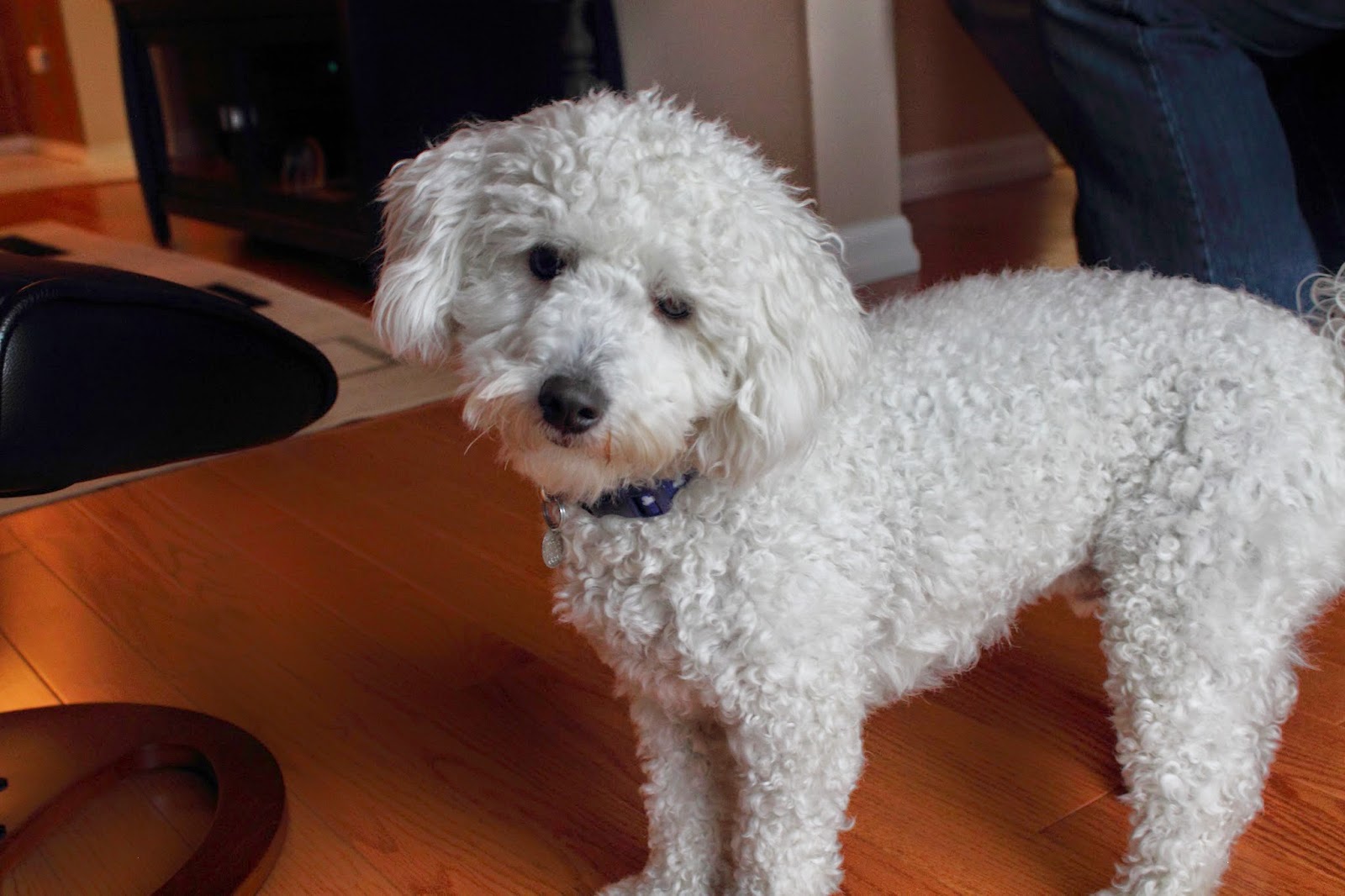 During the memorial, about halfway through the speakers, Fiona leaned towards me and said "Mommy, I don't know what I will say about GG."
My initial reaction was to say "Oh Fiona you don't have to say anything babe."
However, when my turn came to speak and she followed me up I thought again and kneeled down to ask if she would like to say something.
She replied no, not surprising given the large crowd, but stayed by my side while I spoke.
The next day my Dad was entertaining the kids while I visited with my aunts.
They went exploring and found the memorial room empty save for the seats and podium.
Fiona took that opportunity to stand up and say how she missed and loved her GG.
I didn't hear exactly what she said.
It doesn't matter what she said.
I was just so happy that she had a chance to say her own goodbye, on her own time.

We all miss you Gram.
This will be the first year I don't send a Christmas greeting your way.
At least not on paper.
Posted by cwesthicks at 9:58 PM No comments: