The Hicks Family in Germany Part 2: Heading to Amsterdam

We were so thankful to arrive in Dusseldorf on our originally scheduled day after the flight debacle.
It meant that Jon could pick us up before heading out of town for a couple of days for work.
It also meant that we had a chill day with Charmian and Alessandra before heading off for the vacation within our vacation. 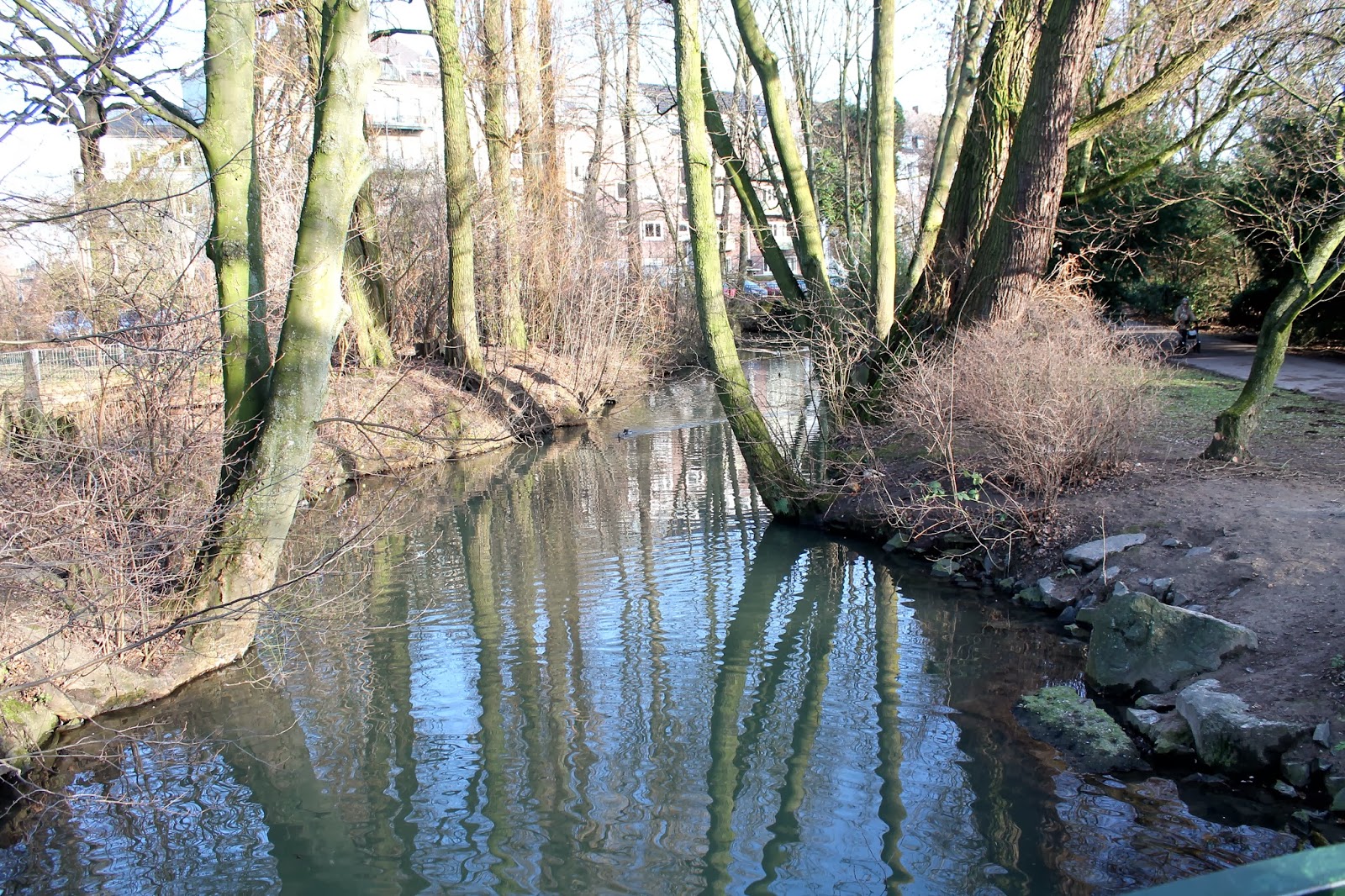 Charmian warned us that Dusseldorf was just a normal city, not one of the major tourist stops.
She was almost apologetic for it.
When we got there however, we were immediately enamoured.
I can only assume that she is now accustomed to her surroundings and that this is the new normal for this lucky family.
For us, however, it was beautiful.
We fell in love with the sights and way of life. 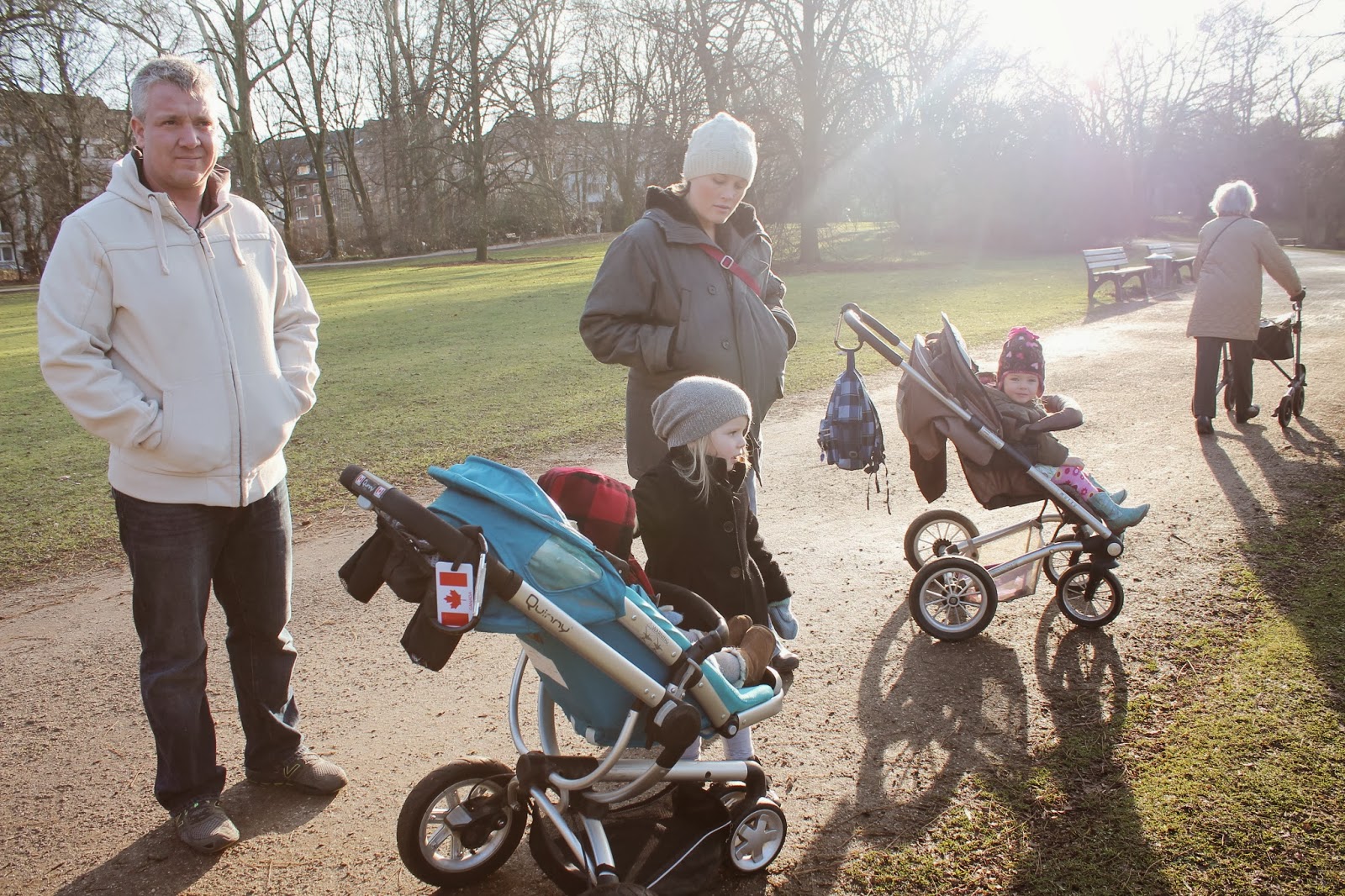 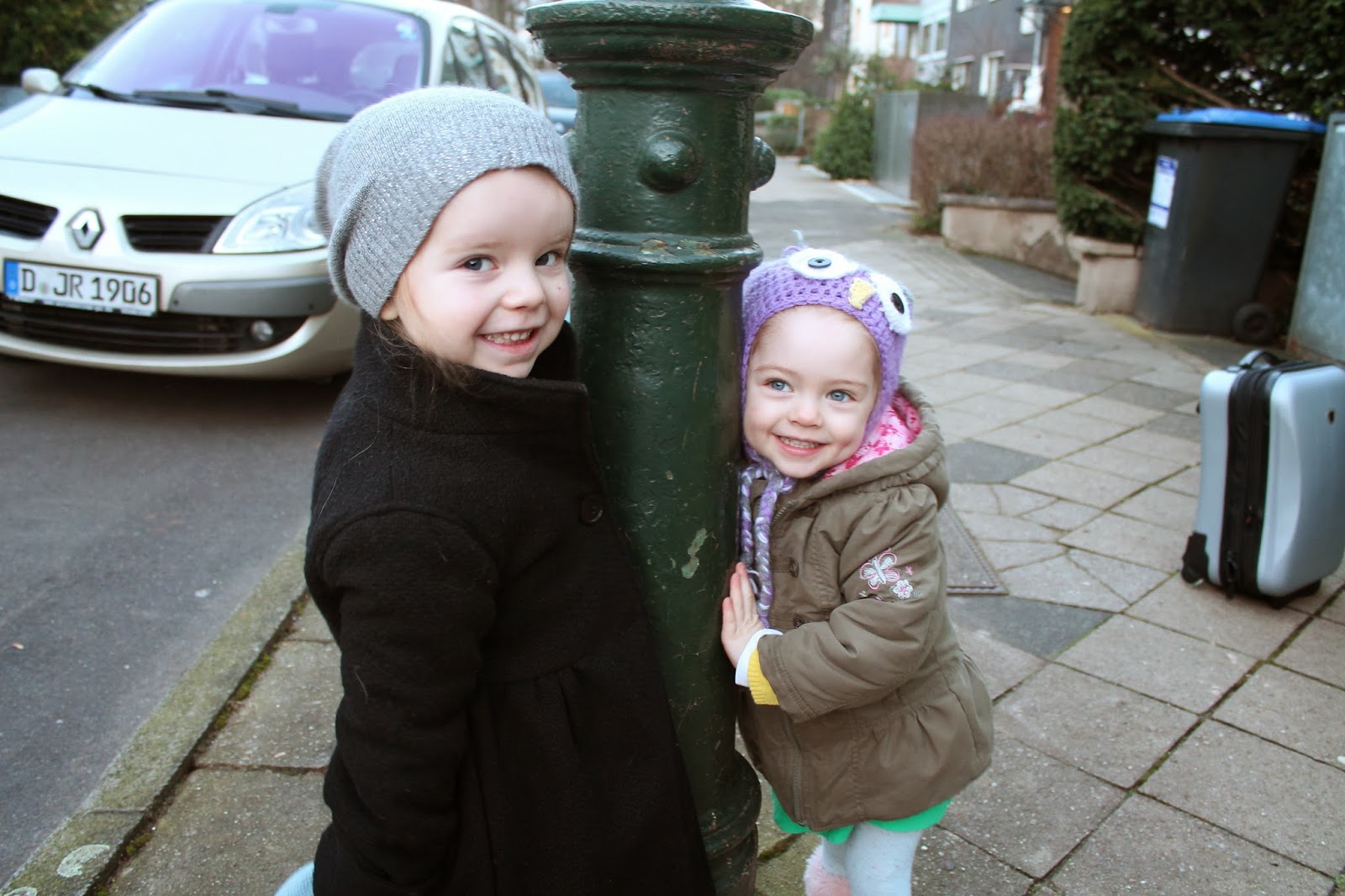 Our Starbucks addiction was to blame so it wasn't all bad since we obviously had Starbucks.
It also gave us some downtime to shop for souvenirs and grab a heartier breakfast. 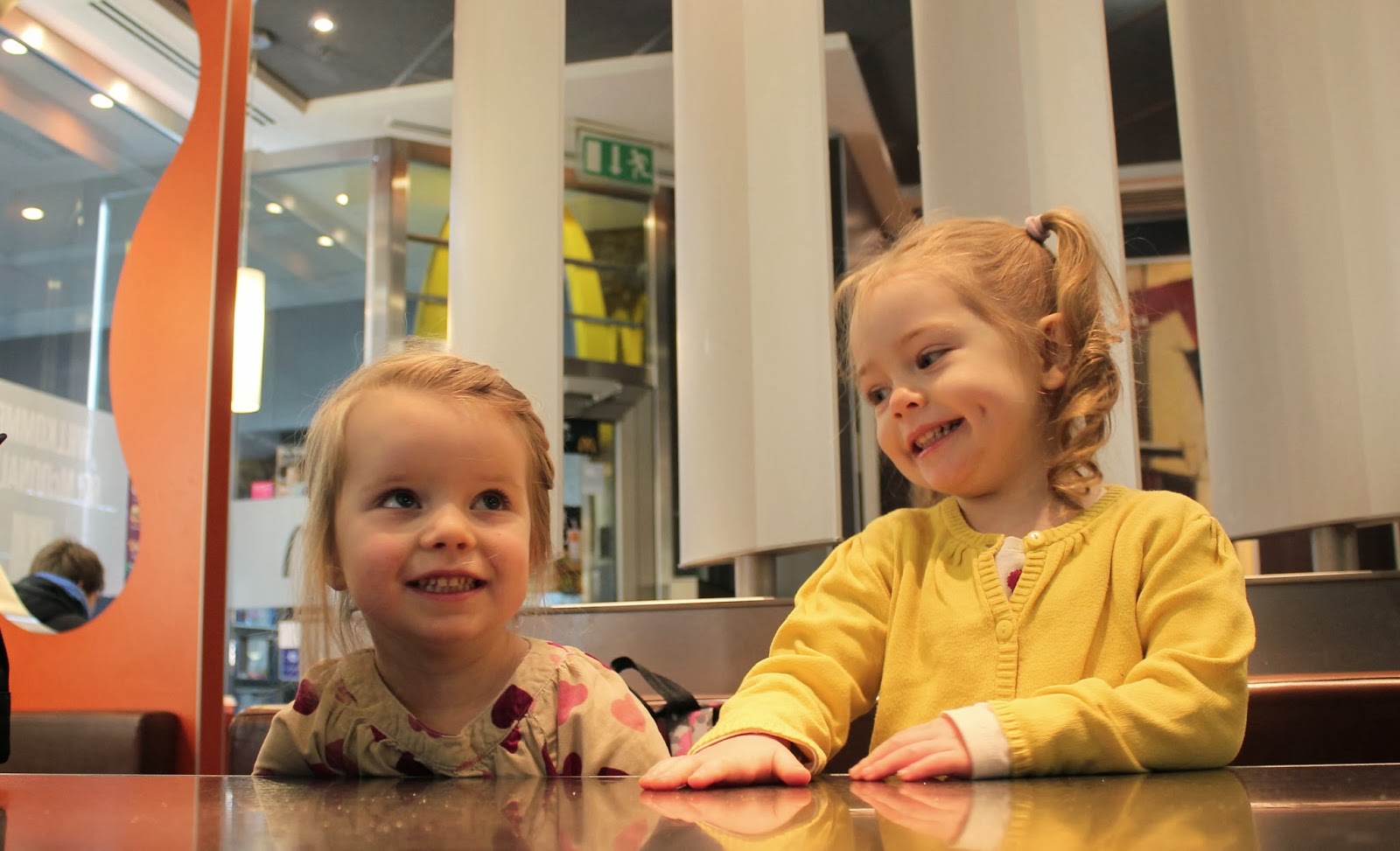 We also scored the family room on the train so were feeling pretty great about the whole situation.
I miss this girl so much already. 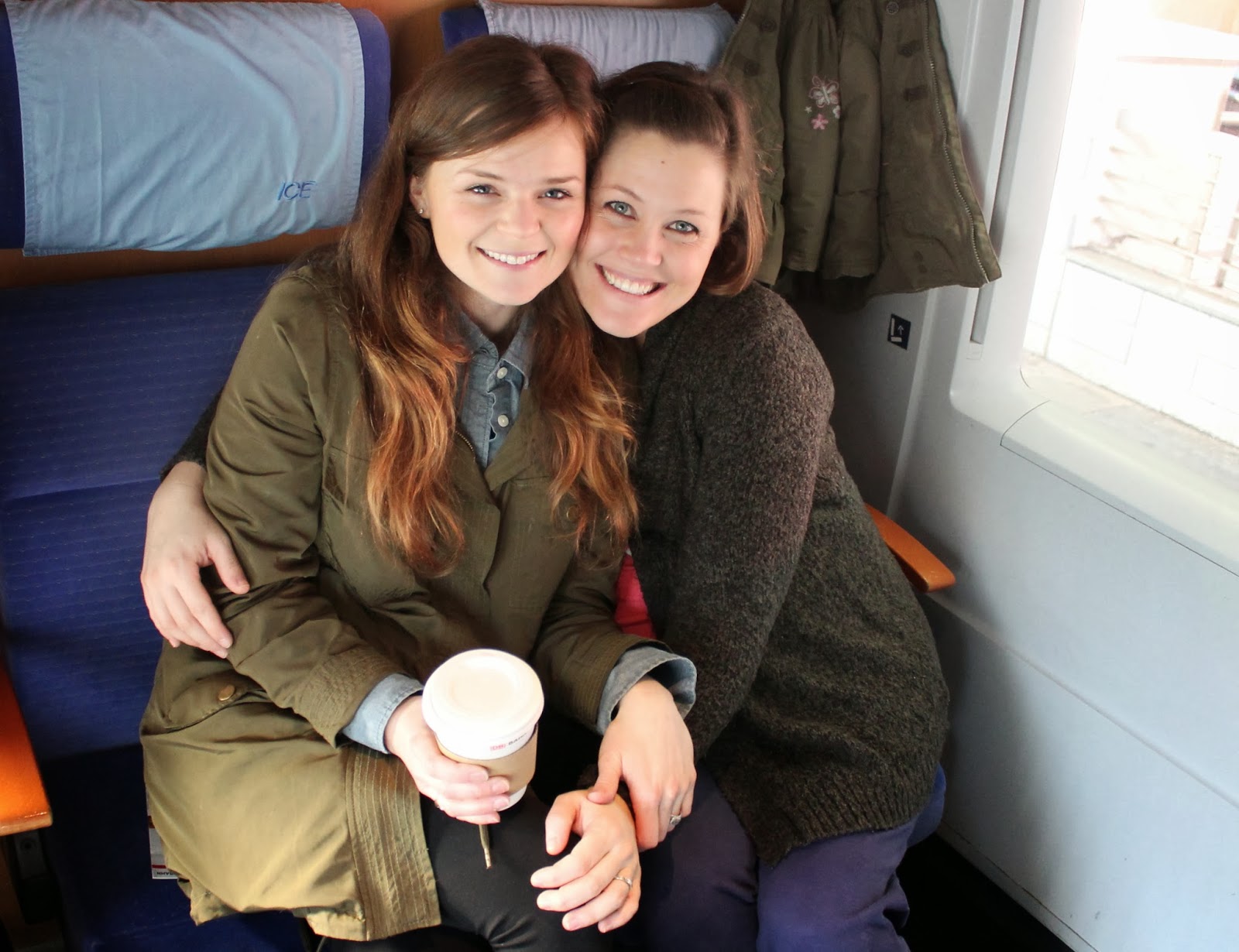 The kids loved the train ride {see below}. 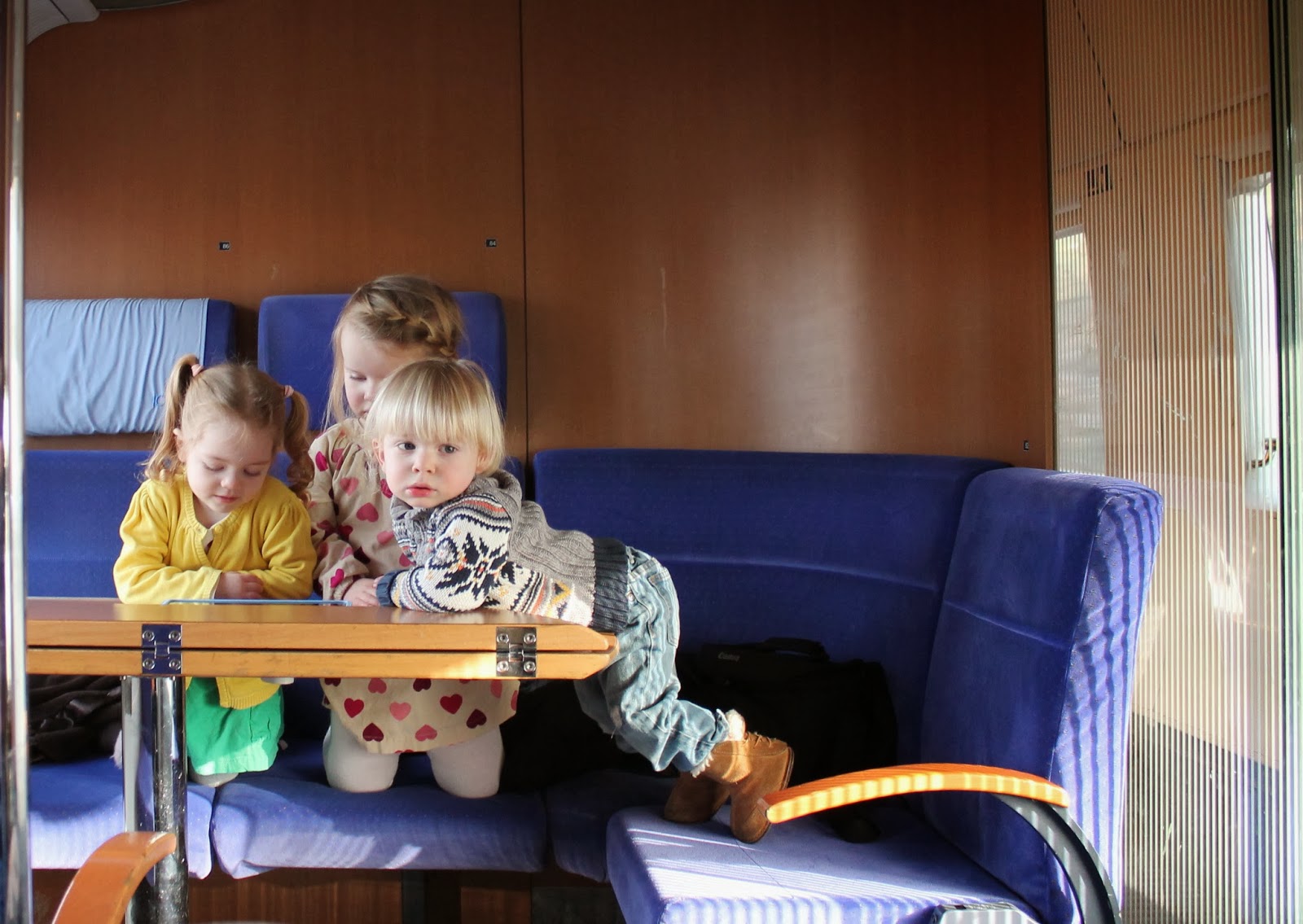 The parents loved the train ride {see below}. 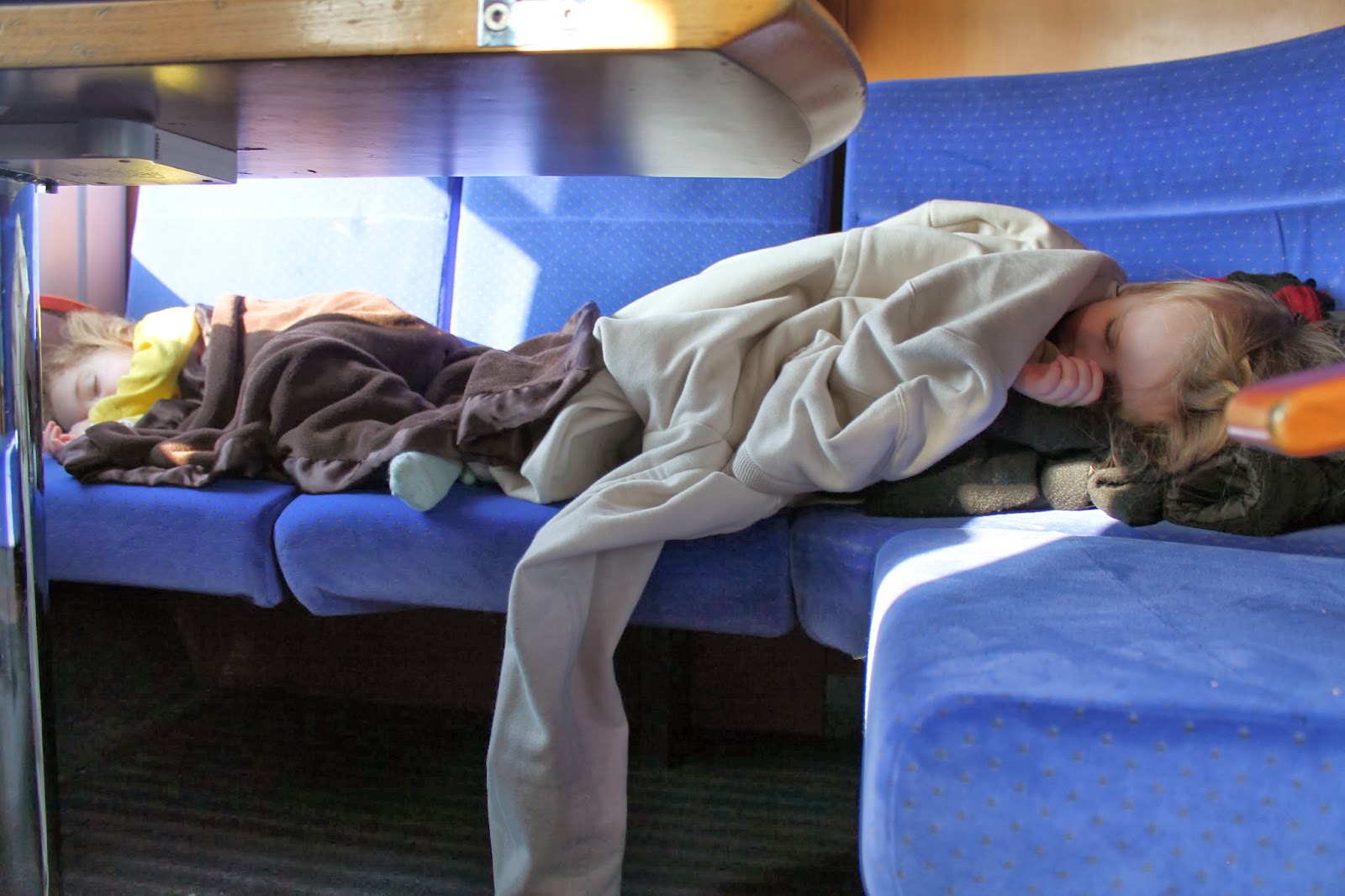 Before we knew it we were strolling down this pretty Amsterdam street to our humble abode. 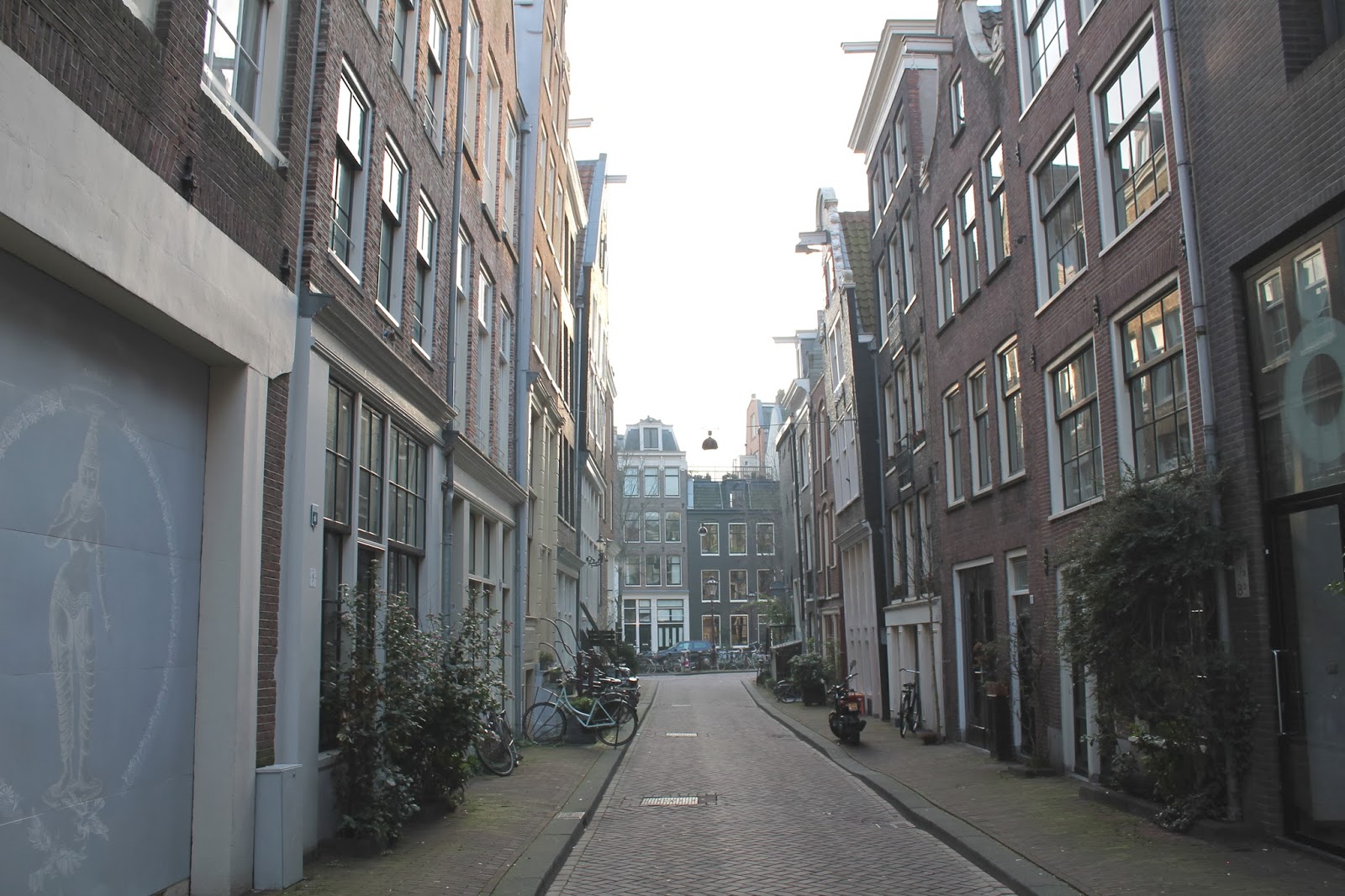 Which in fact turned out to be not that humble at all. 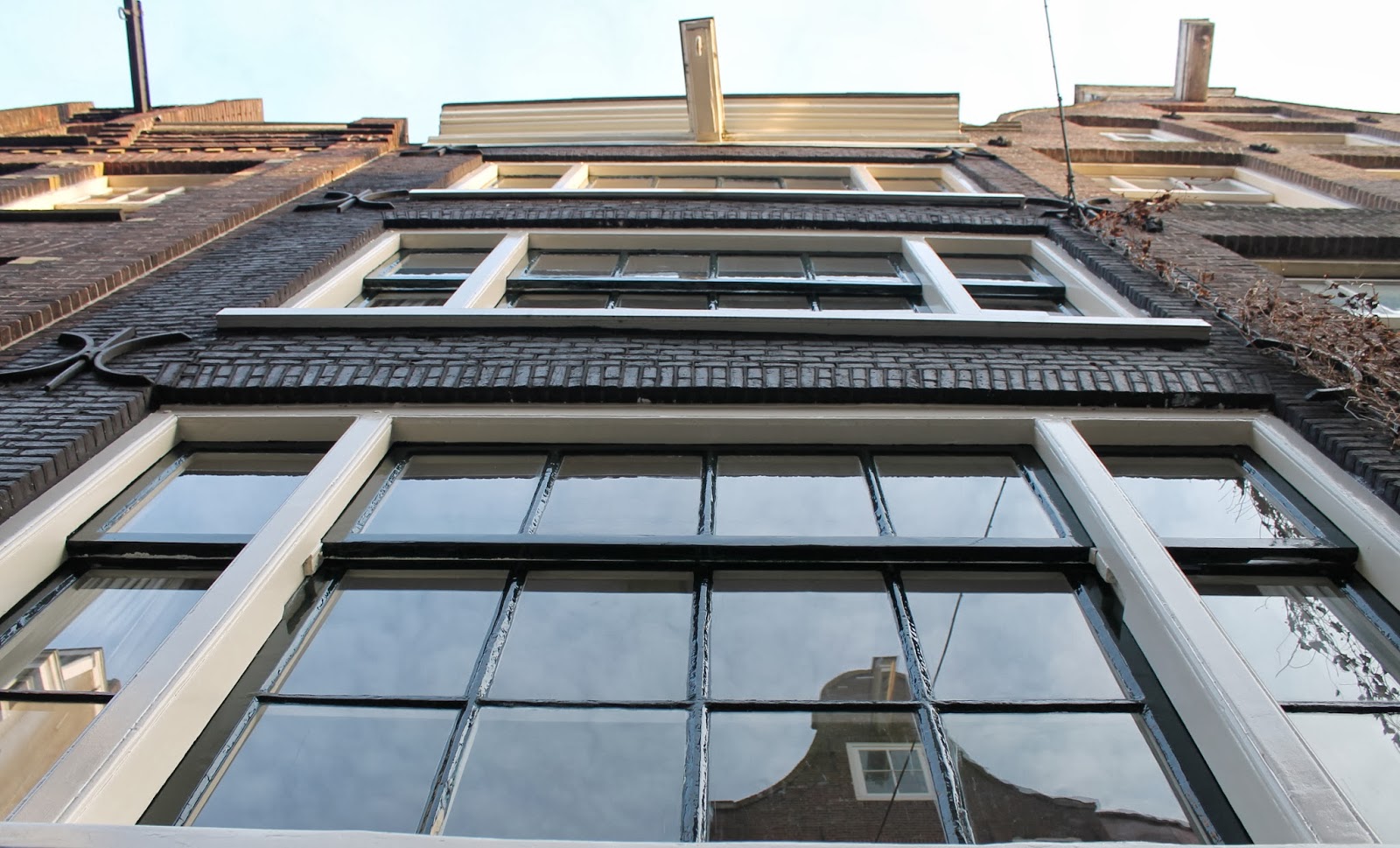 The kids loved this 4 story beauty.
The parents had mixed feelings.
Though it was beautiful, and the location amazing, the stairs were death.
Yep, I have no better word to describe them.
I have very few pictures of the inside of the house but will share what I have in the next post. 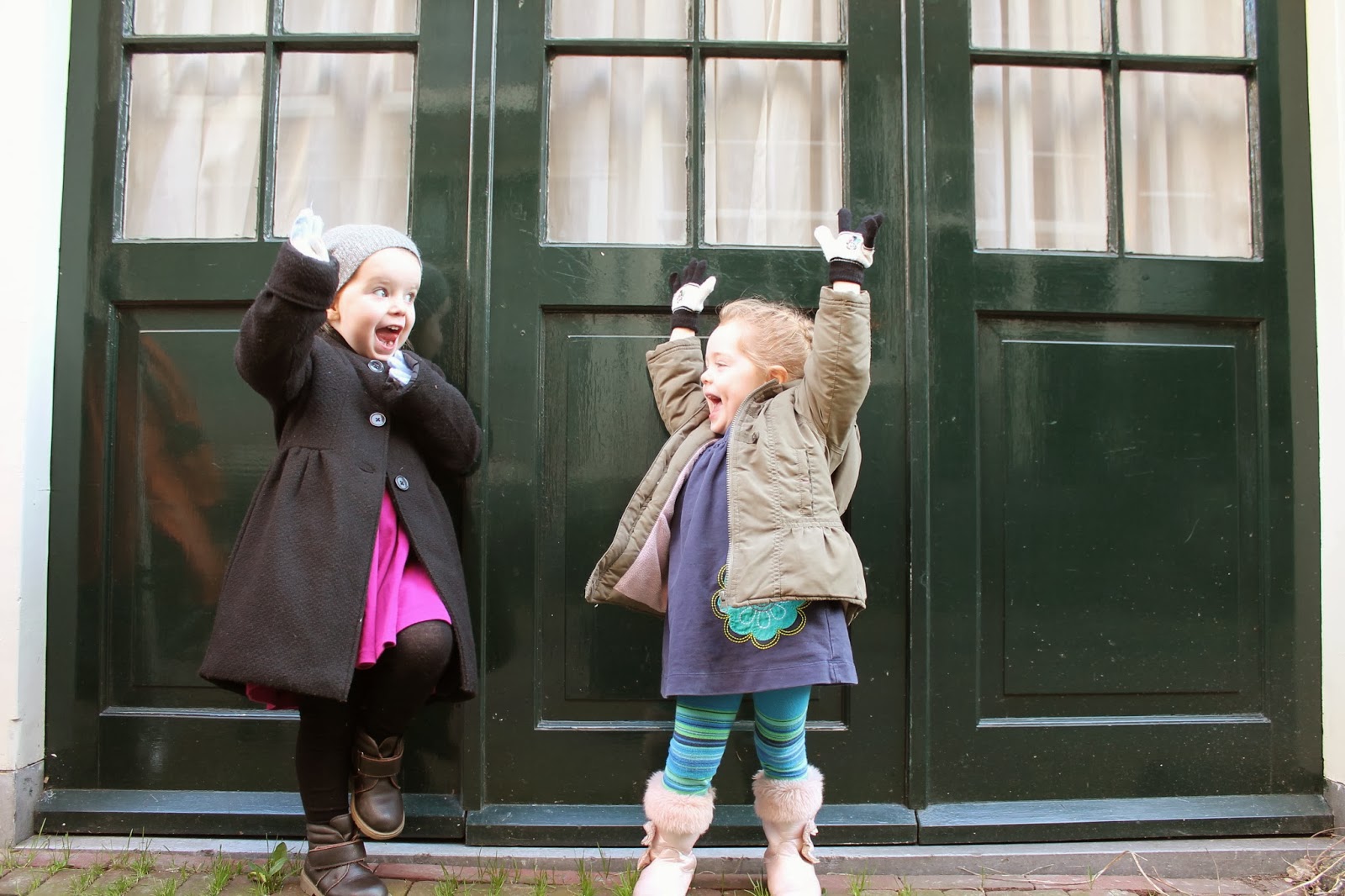 As a recently converted bike commuter, I was in love with the sheer volume of these beauties. 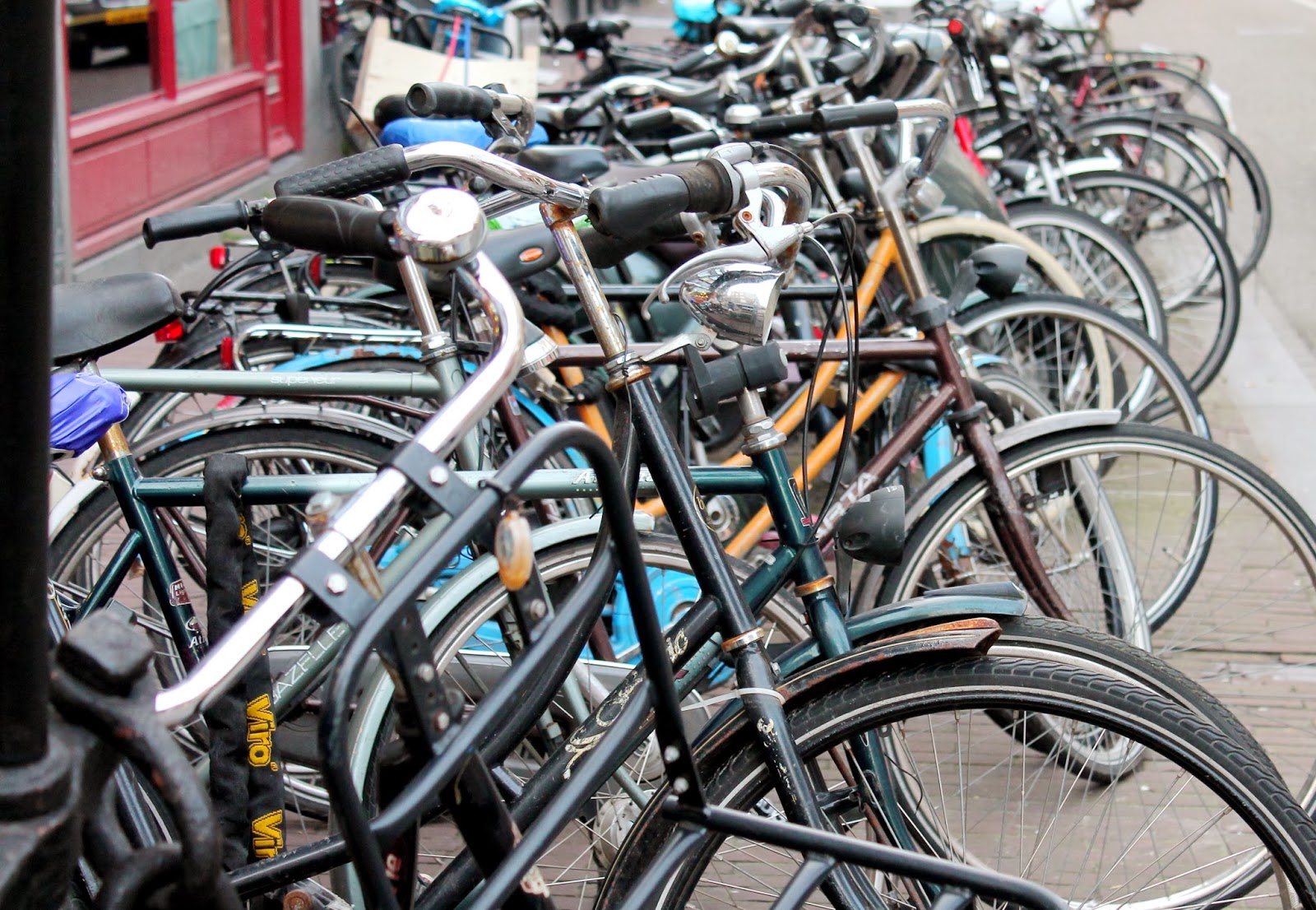 And of course we fell in love with this beautiful city from the very first day.
The canals being the highlight. 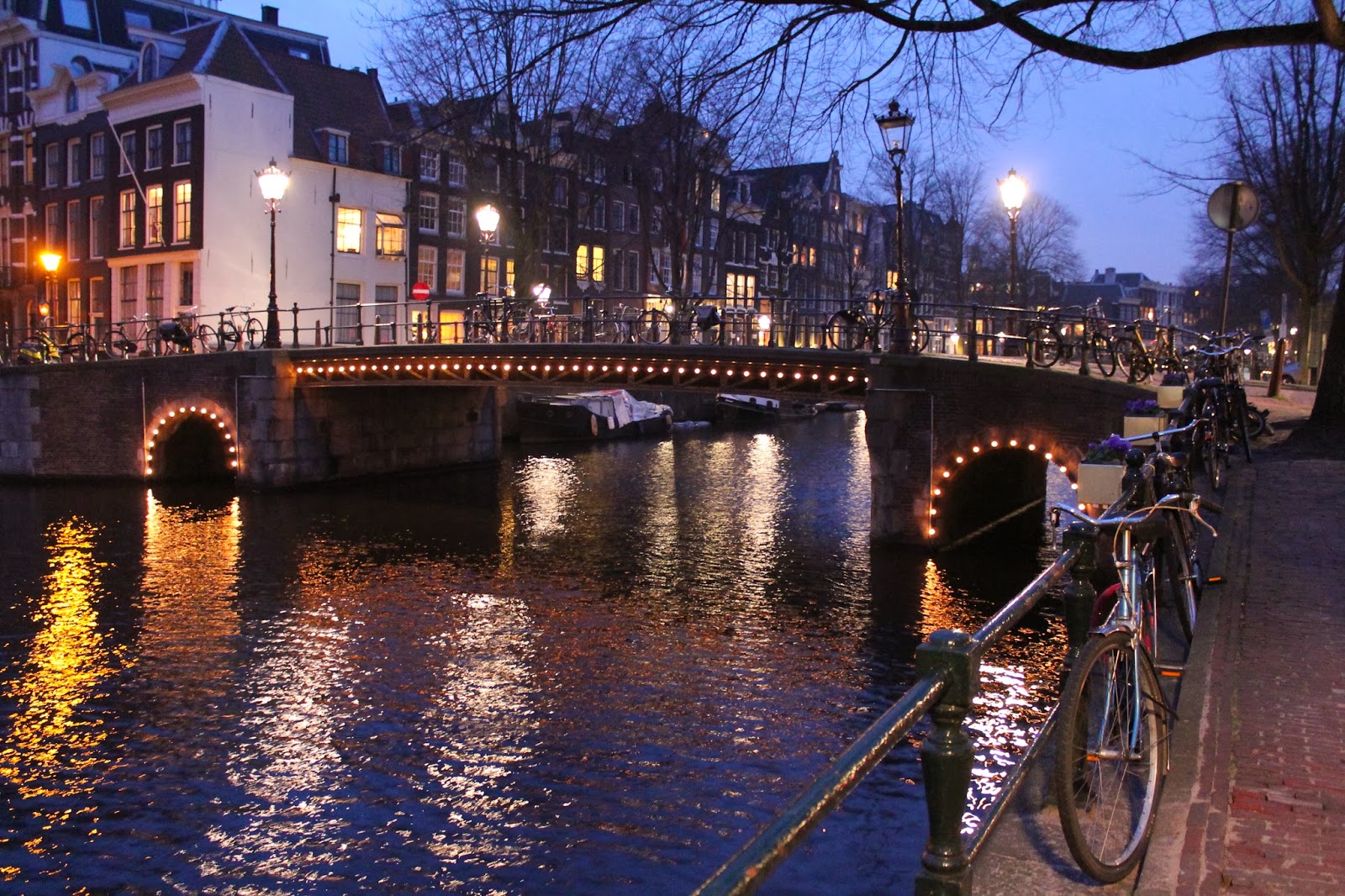 Fun spots like this "chandelier street" made the night beautiful.
I do wish more cities would be more on board with this type of display. 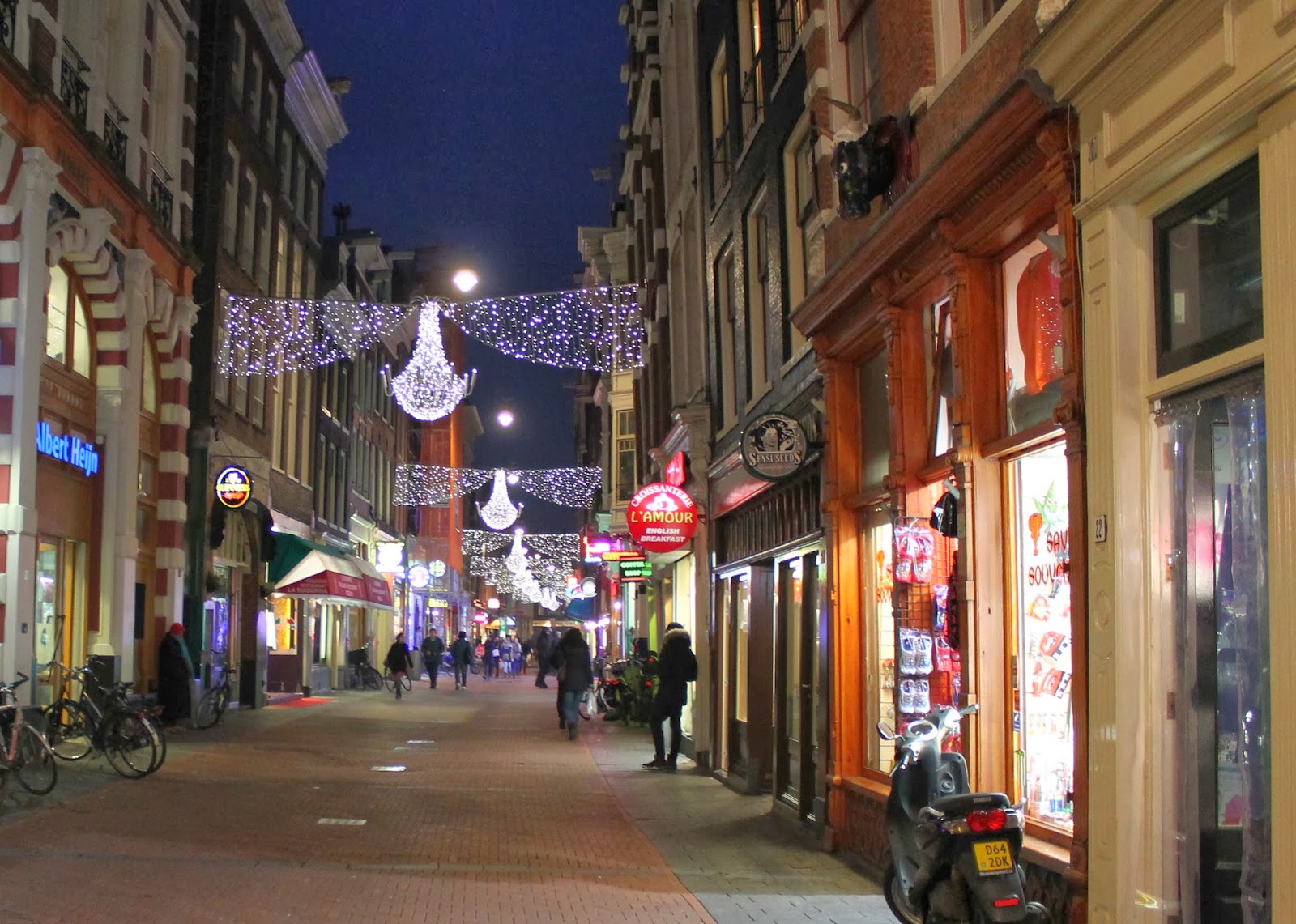 Usually it's Fiona acting for the camera but Cedric took a turn here.
He was smiling a split second before and after this but when I said "say cheese" he did this.
He's a stinker but man is he cute. 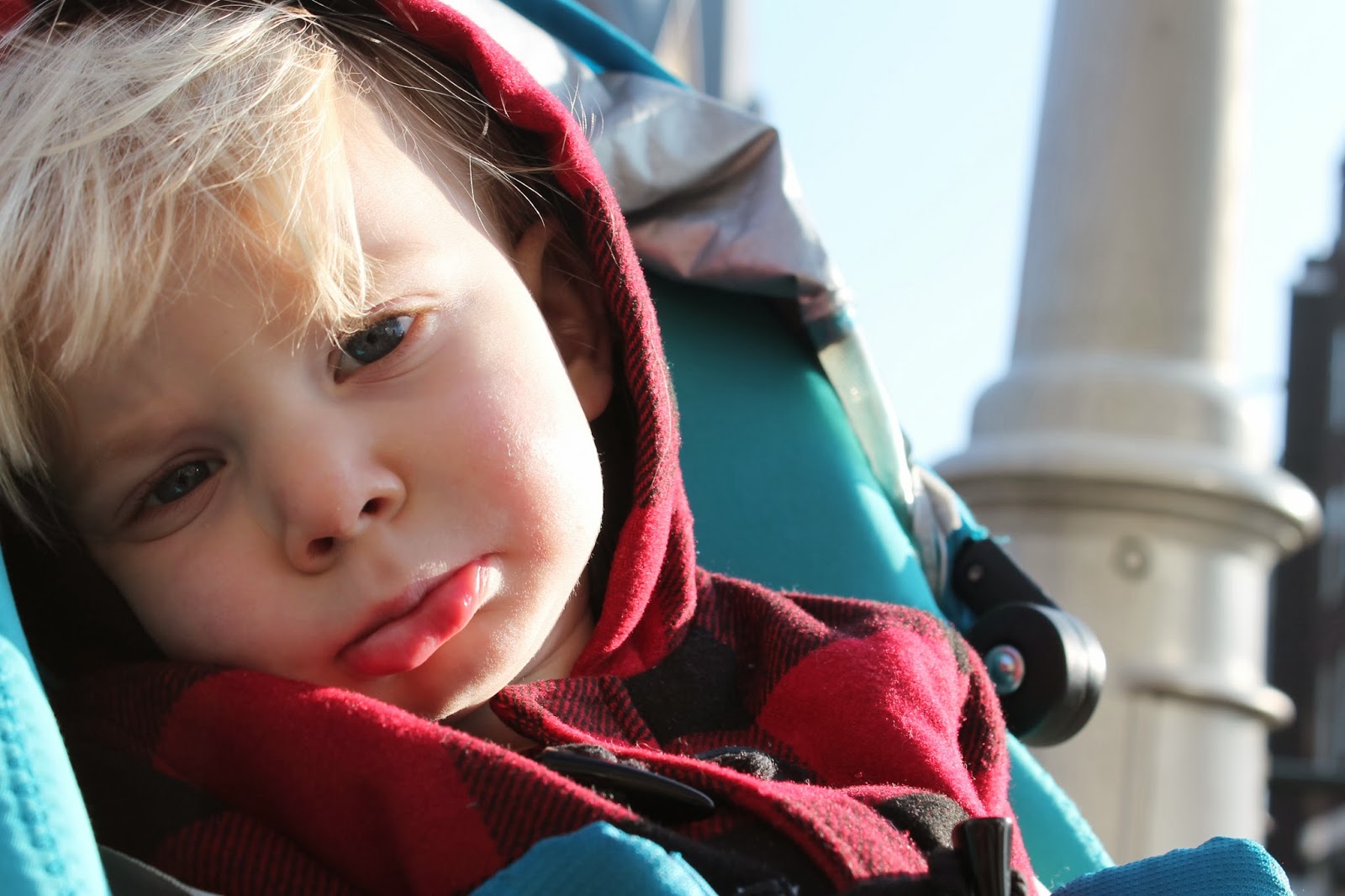 The symbol of Amsterdam could be seen all over the city but this was one of the nicest we saw. 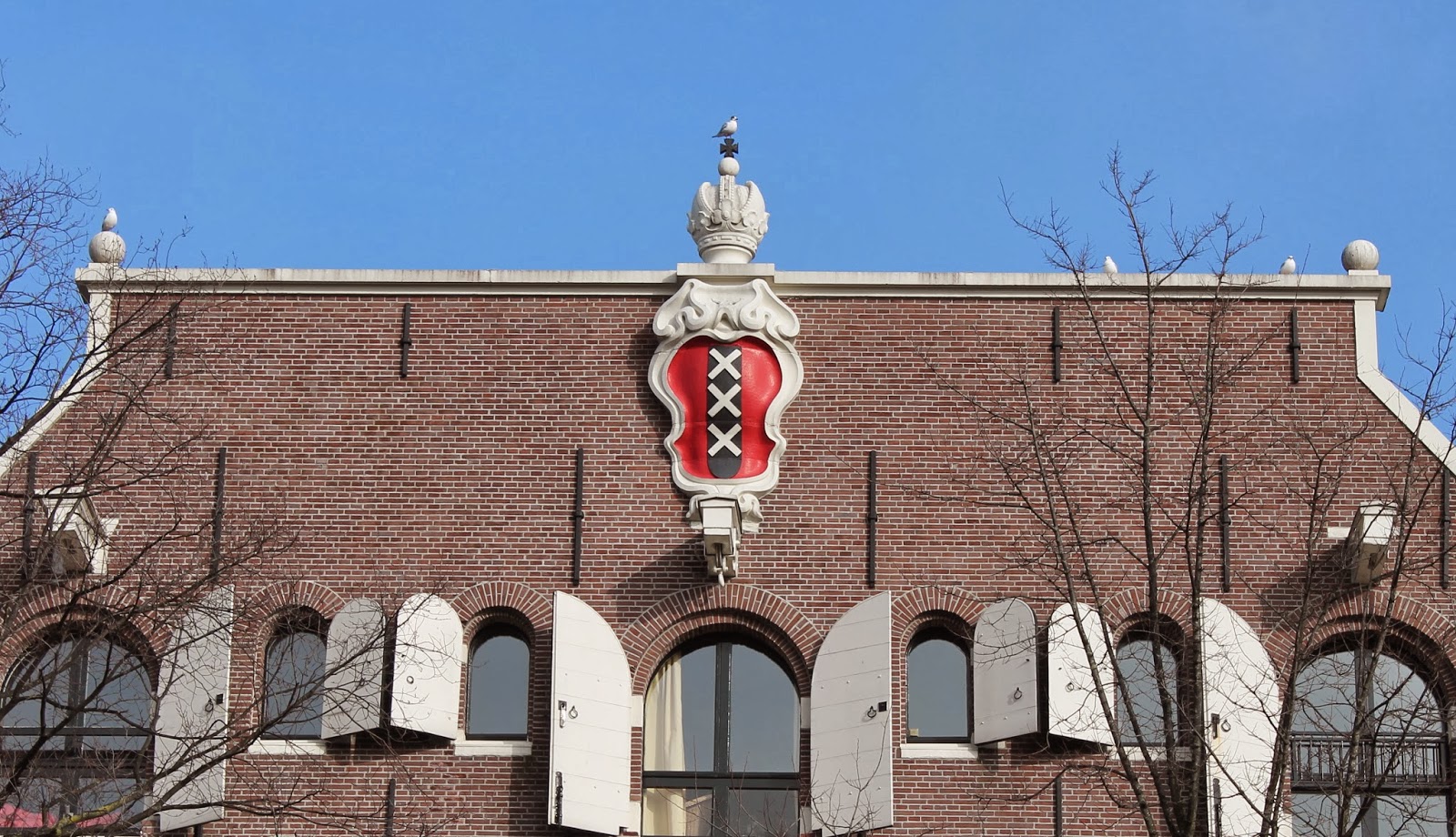 Fiona was a doll, actually all the kids were.
I certainly wouldn't say our vacation was without disciplinary measures but considering the expectations we set for these little ones I was impressed.
It was also eerie how similar mine and Charmian's parenting styles were.
Because of this I never felt uncomfortable in my parenting and discipline decisions or actions. 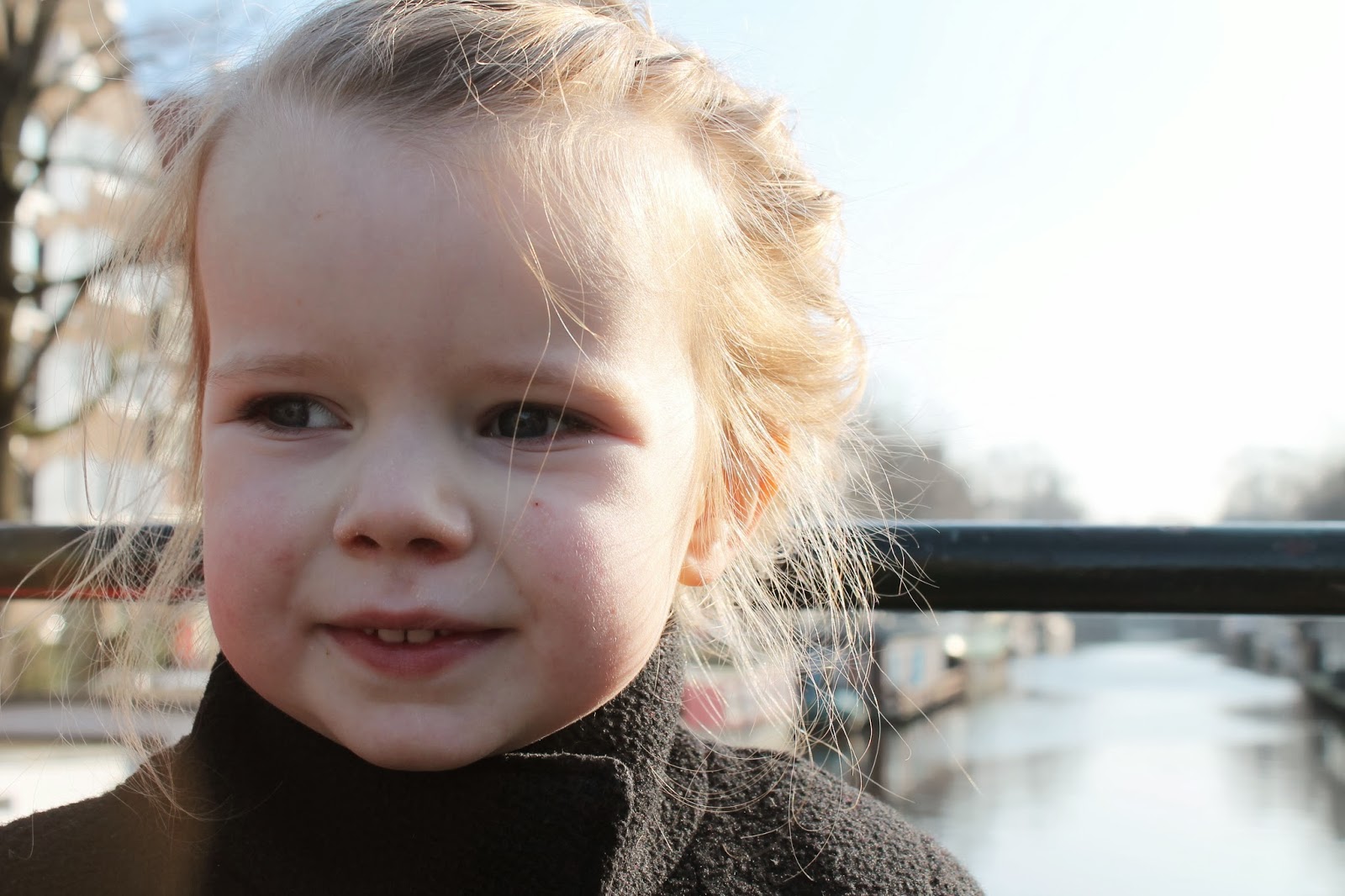 I was expecting the buildings to be beautiful but I was struck by the house-boats that lined the canal.
They ranged from beautiful to questionable.
You can just see one of the nicer examples at the bottom of the photo below. 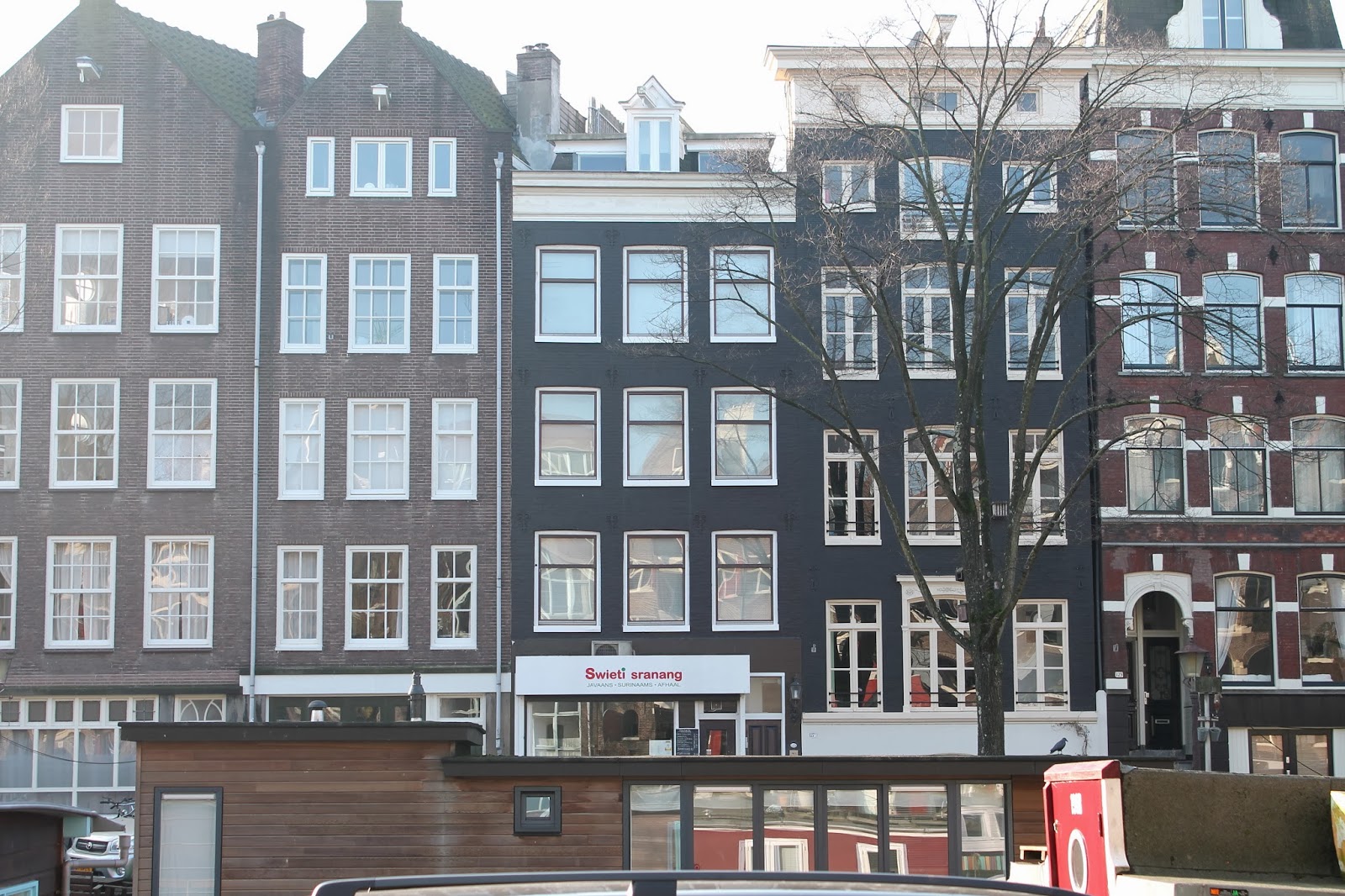 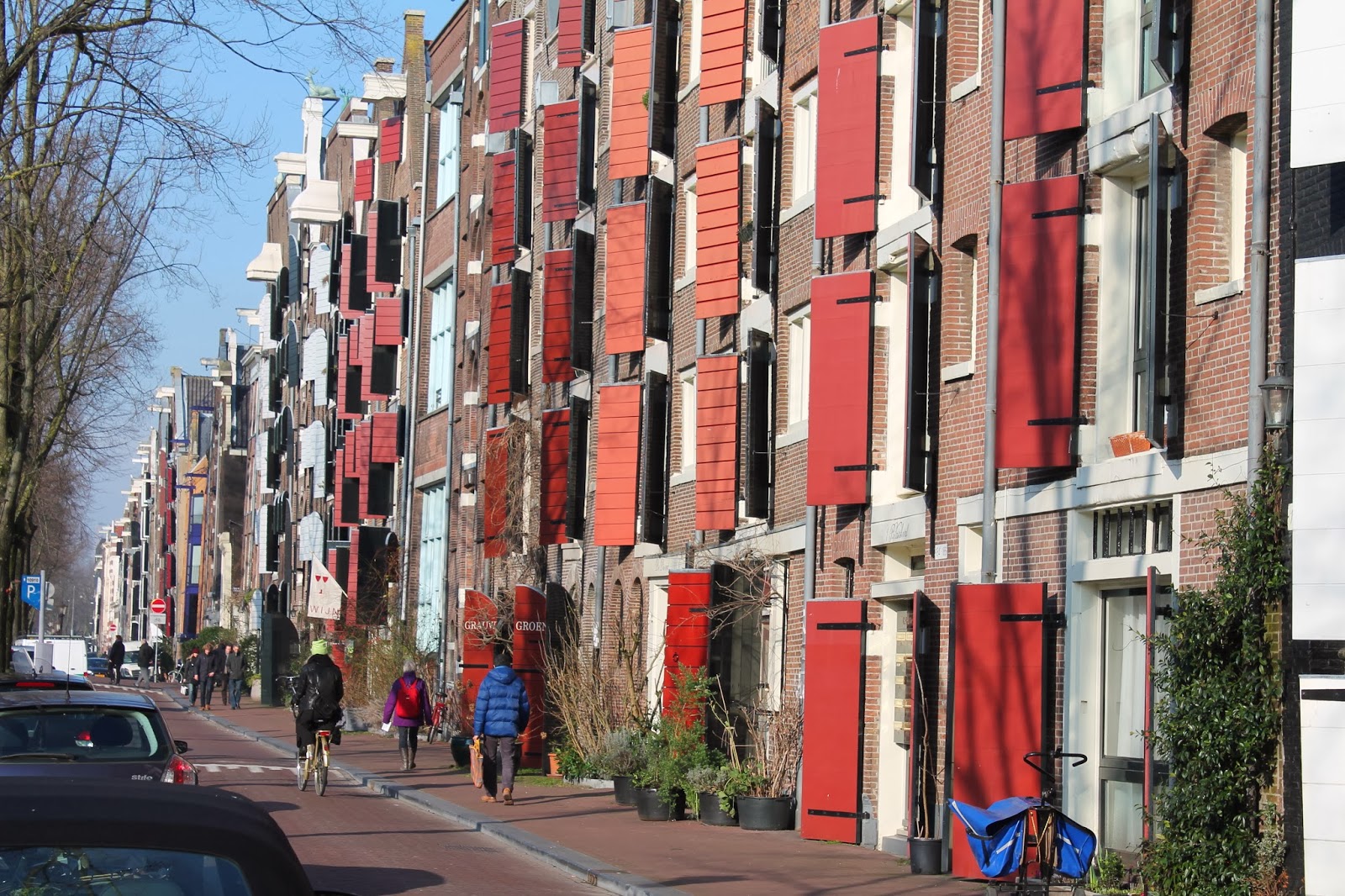 We made the necessary stop at the Anne Frank House.
We decided not to go in since we had babes sleeping in strollers at the time.
Even so I was glad to have seen it and be reminded of her amazing memoirs.
The book is now next on my list to reread. 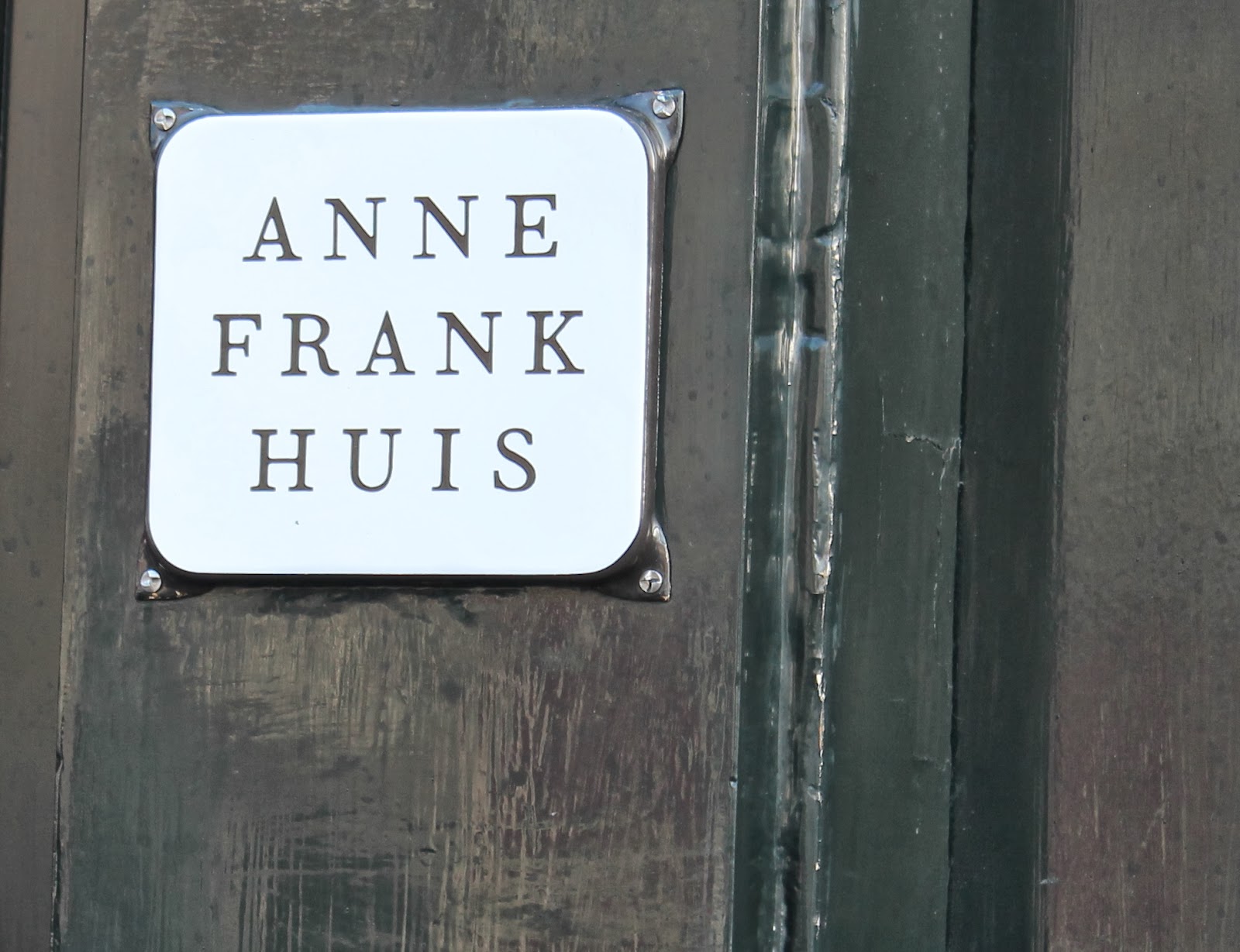 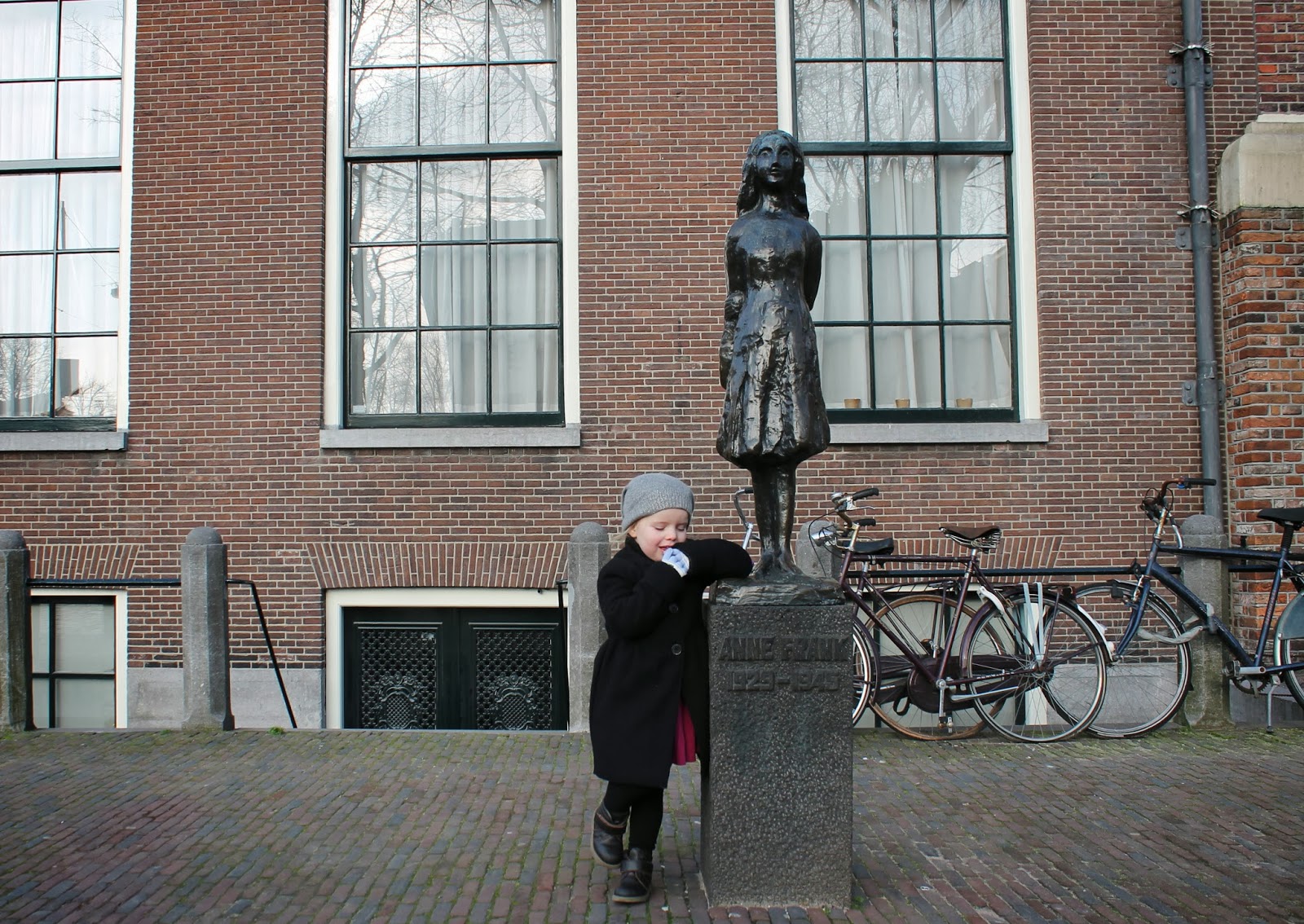 There wasn't much I didn't love about this city.
Though I would have to say that their transportation was one of my favourite discoveries.
From genius bikes like the one below... 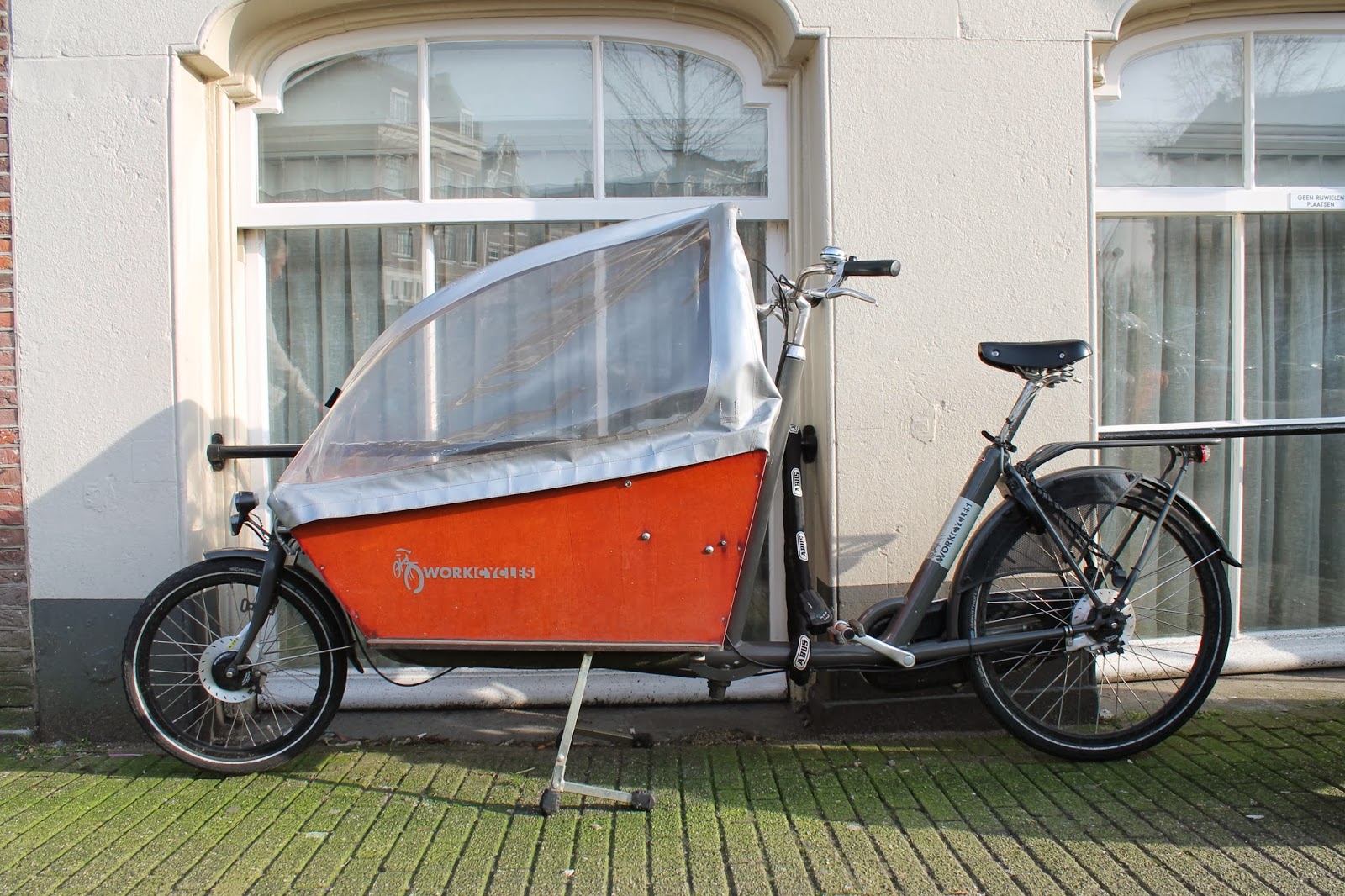 ...to the huge amount of foot traffic... 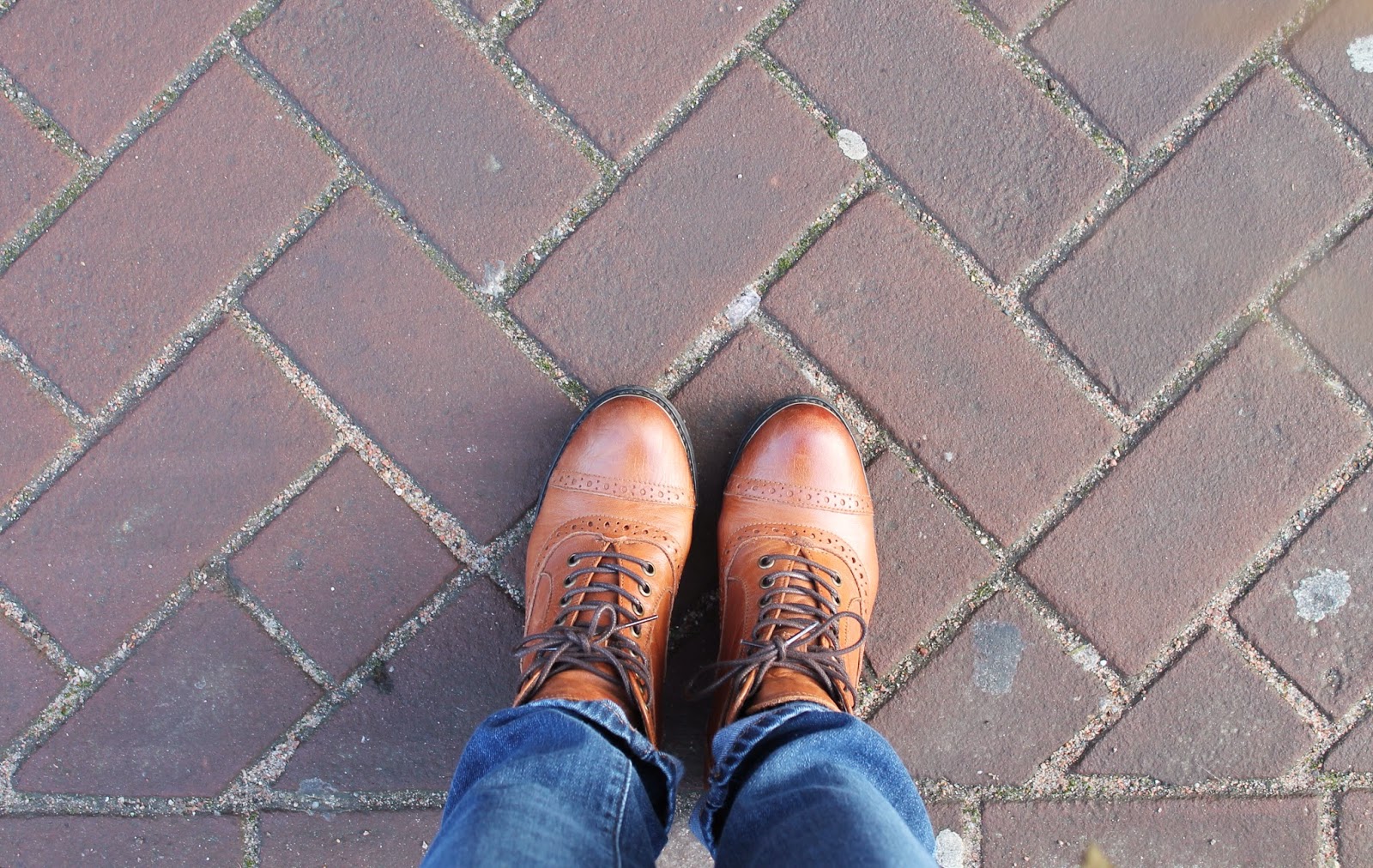 ...it just felt great to be there.

Posted by cwesthicks at 5:51 PM

Email ThisBlogThis!Share to TwitterShare to FacebookShare to Pinterest
Labels: Vacation