I just spent a few hours looking through old posts of my kids growing up.
Doing so gave me a renewed sense of just how important documenting a few of our moments is.
I do love sharing but love reflecting even more.
So here we go, I'm documenting Cedric's 5th birthday.
Which was at the beginning of March.
Not too bad, only 1.5 months late.
{But wait for it.} 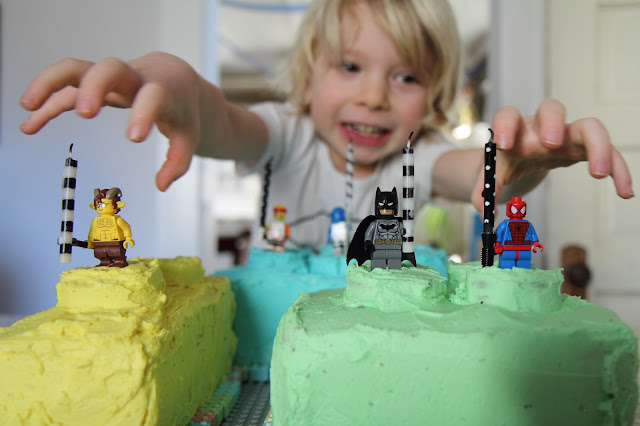 I was determined to dial back with the themed parties.
Then Cedric asked for a lego birthday and I just couldn't stop.
The cake was fun to make but the candle holders put it over the top if you ask me. 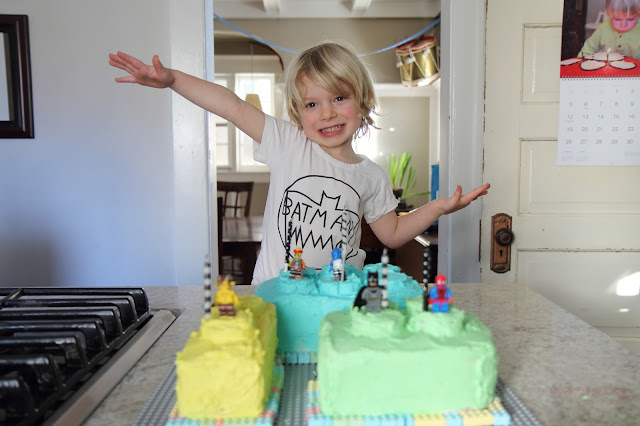 Dollar store plates made for good lego blocks and dollar store cups were easily made into lego heads.
The kids got those lego storage heads for Christmas and they became the perfect snack bowls. 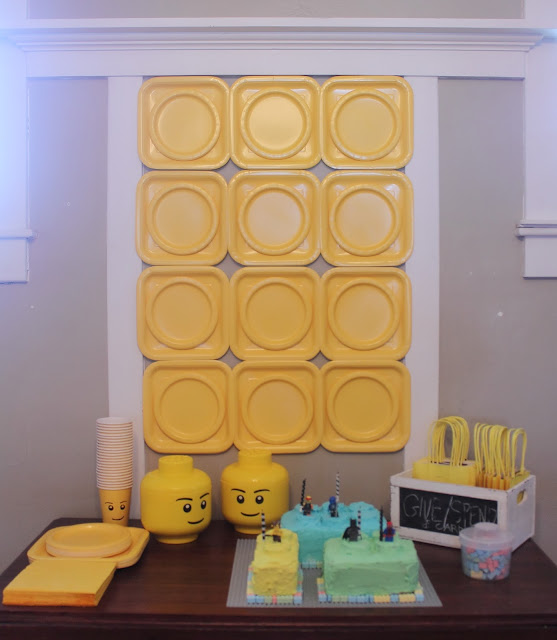 Ced has long dreamed of an outdoor party which proves challenging with a March birthday in Edmonton.
We decided, however, to commit to the idea and ended up with a beautiful balmy winter day.
We loaded up the wheelbarrow and headed down to the creek to roast hotdogs.
We also took our piñata down.
We usually buy one at bulk barn but this year had a homemade lego block.
I made it by gift wrapping a box that I had weakened a little and putting card stock circles on it.
I was a little worried that we'd end up having to rip it open but on the second round it literally exploded and sent the kids running and screaming to the candy, perfect. 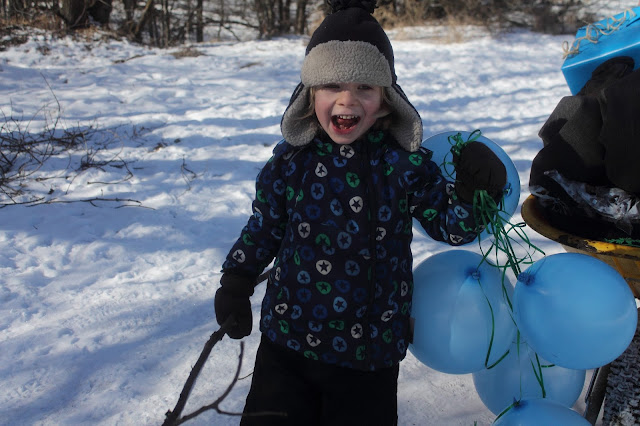 After lunch, the party was moved to our house for cake and more birthday fun. 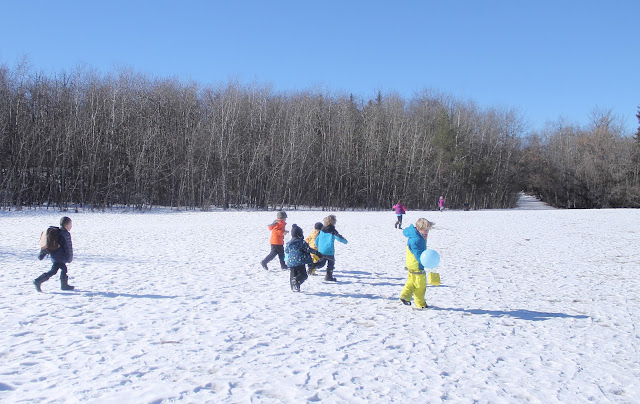 Cedric stated after that it was the best birthday ever. 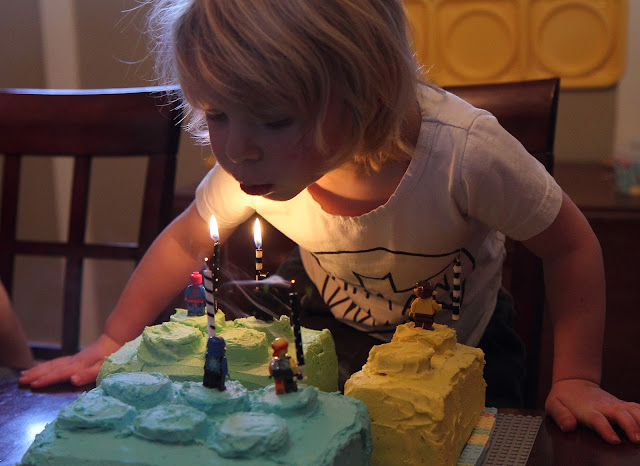 But he said that last year too of course.
So here's what you've been waiting for, Cedric is 4!
{And was for a whole year, in which I neglected to share.}
Last year was hands down a Paw Patrol theme. 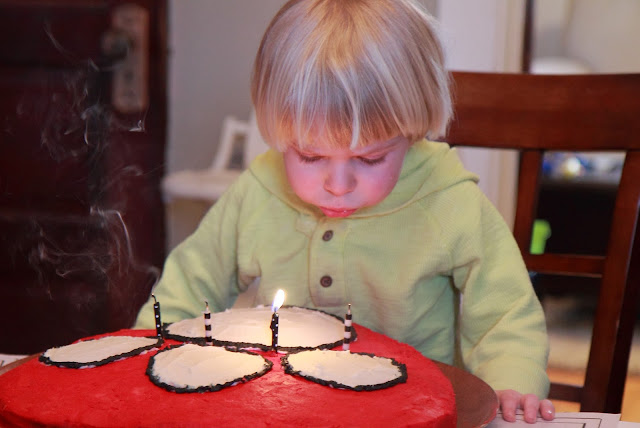 This one I did keep pretty simple with minimal decor {streamers and balloons not pictured}.
Dog bowls filled with puppy chow naturally. 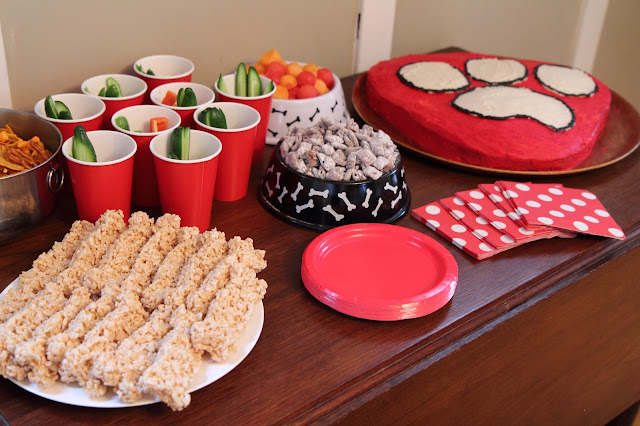 And my kids have somehow decided that it's not a party without a piñata.
They are a nerve wracking part of each of our parties but who am I to deny this dangerous fun? 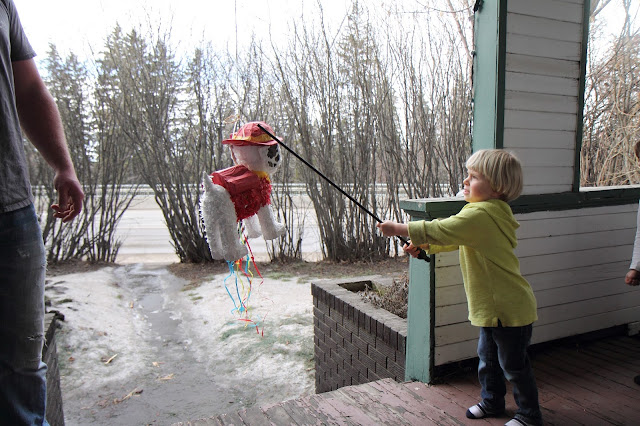 Happy birthday x2 buddy!
Posted by cwesthicks at 9:00 AM