{Oh but this post is also about her turning 6.}
I'm feeling super on top of it today.
I am posting about this amazing girl's birthday in a timely fashion.
{There is that little matter of needing to share last year as well though.}
This year there was no doubt that Fiona wanted a fairy birthday.
We've done the fairy theme before but she has a new-found love for fairies.
She recently built a fairy house you see, and has been getting occasional visits from her fairy pal named Fliona who leaves messages and a trail of fairy dust behind. 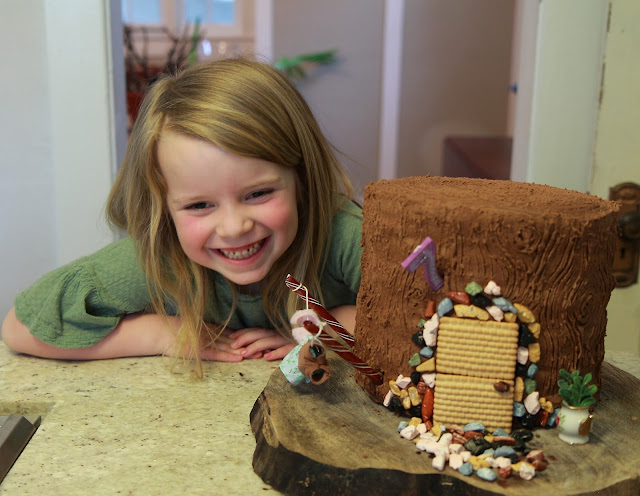 So of course her cake needed to be a fairy house.
This baby needed six layers to get the desired shape.
There was no shortage of cake for this party. 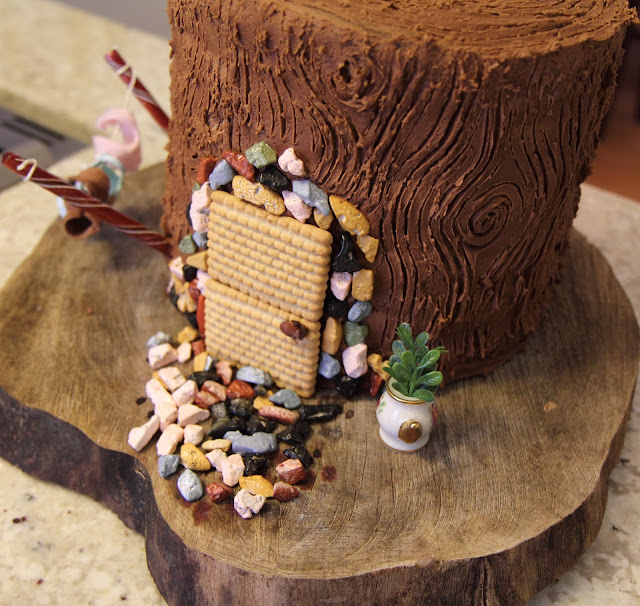 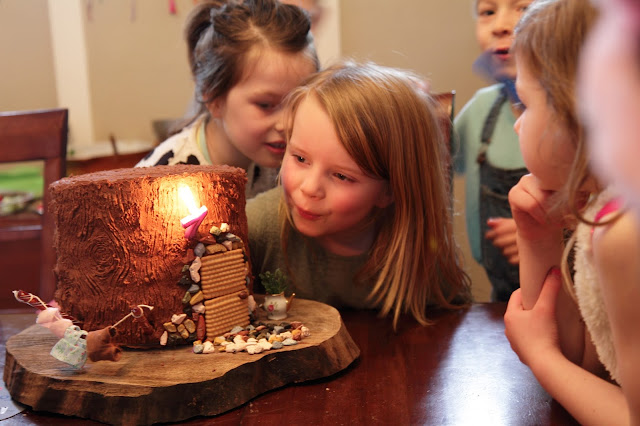 Last time we did the fairy theme it was all about floral and vines.
We even made floral crowns.
This time we found other ways to make the room whimsical mostly involving twigs, yarn and beads.
Below is actually Fiona's hundred day project for school and served as our inspiration. 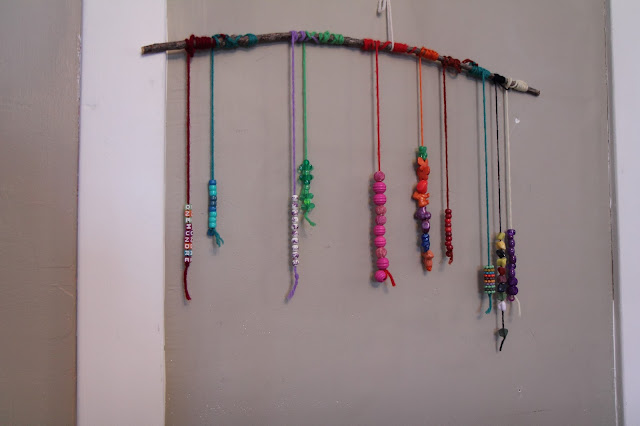 This hanging will stick around for a while. 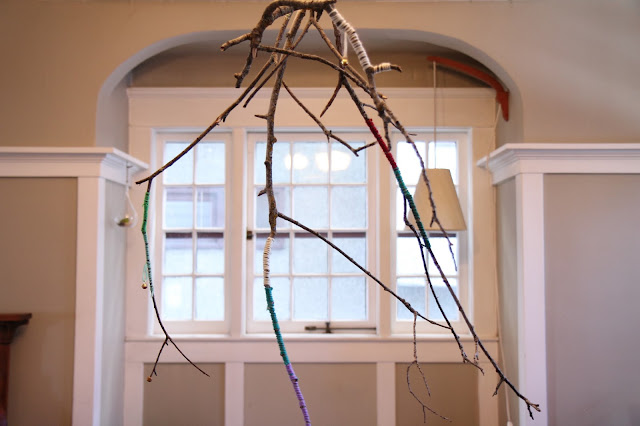 For the "craft" the kids made wands/fairy sticks but many ended up making fishing rods.
I use the word craft loosely since I don't really direct them, just put out supplies and let them at it. 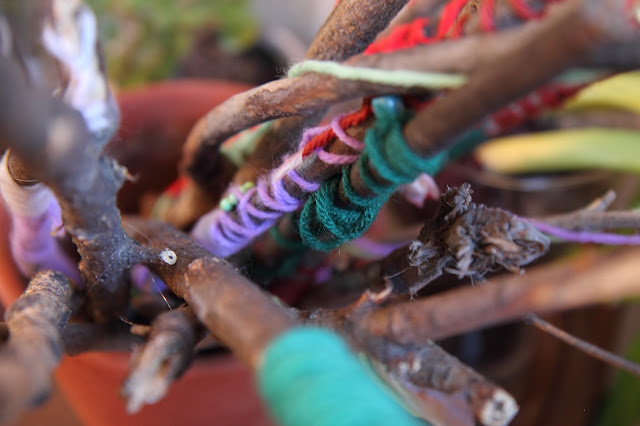 Ok now for catch up time.
Last year Fiona wanted a woodland theme so we dreamed up a sweet little cake.
This was take one.
We ended up cancelling Fiona's party since Daddy was stuck out of town in the hospital.
He ended up coming home 2 weeks later and missing the actual day.
In an attempt to keep it special we still had a celebration with family and close friends, all the while knowing we would reschedule once Jeff made it home. 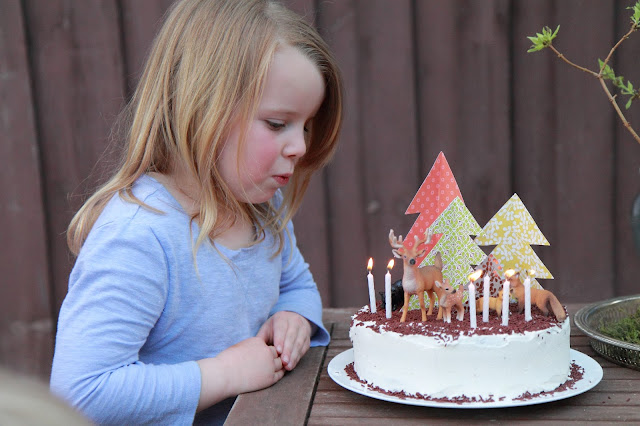 So here's the real deal.
We turned this into a birthday/thank you to all who helped me stay sane while Jeff was gone.
The weather was fantastic {not like this year's snowstorm} so a BBQ felt just right. 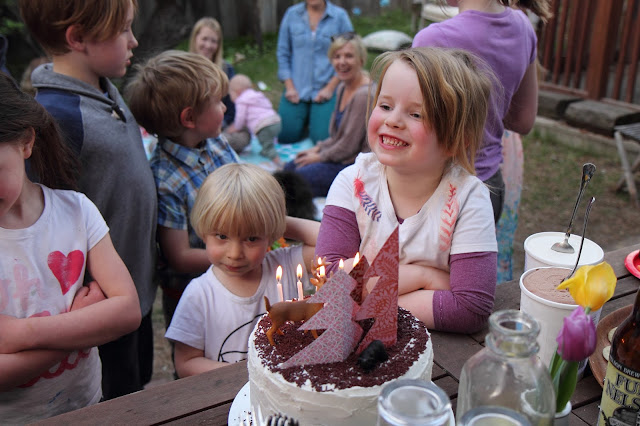 Happy birthday twice over my sweet babe.
Posted by cwesthicks at 9:00 AM