Not Just "Another" Album

So apparently this is brag-about-your-amazing-friends week on You Auto Know.

I just had to share our new favourite album {by a great Edmonton artist} with you today.
Christy Carignan: Another Day 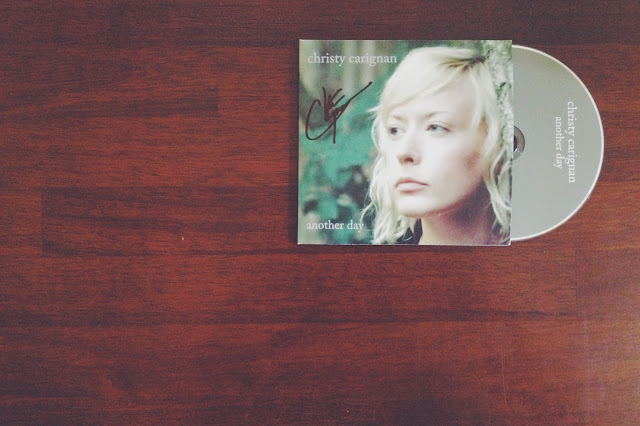 Ever since our friend Christy gave us her debut album we've had it playing in the car.
I haven't even added it to my iTunes playlist yet because it literally hasn't left the car stereo until today.
Every time a song ends the kids yell "again!".
We love this album so much and I'm confident in saying that this is not just because we love the artist.
{Or because Daddy's drumming makes an appearance, as does his name on the cover.}
I still remember the first time I heard Christy sing {and realized how good she was} at a Denver karaoke bar in 2001.
I was shocked.
I had always known she was a great musician and percussionist but her voice was just not a part of the repertoire.
Now it's front and centre, though her vast musical knowledge comes through in her writing.
Jeff commented immediately how her lyrics often took on a percussive quality.
I've added a couple of our favourites below but you should also just go check out the rest on her site.
We're so proud of you Christy.


Learn how to get your music noticed at ReverbNation.com

Learn how to get your music noticed at ReverbNation.com
Posted by Cheryl West-Hicks at 1:30 PM