The Hicks Family in Germany Part 4: Back in Dusseldorf

I'd like to start by congratulating myself for completing these vacation posts.
{Applause}
I know it took a while so thanks for sticking with me to the end.

We spent the rest of our trip seeing the sights of Dusseldorf but were first in desperate need of a park visit. 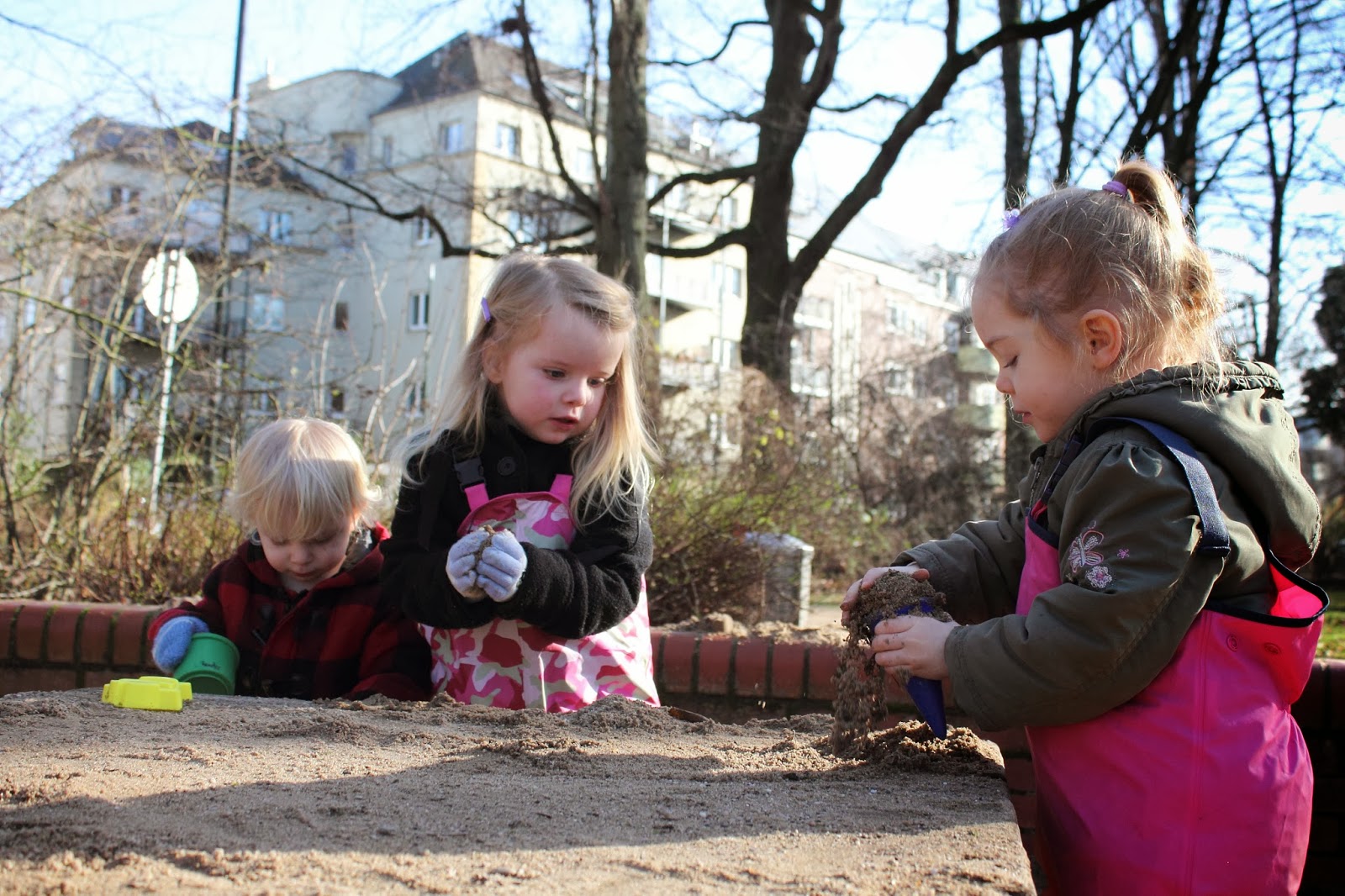 Our hosts have a great park on their block and each time we would head to the train or grocery store we would pass this park without stopping.
Cruel, I know. 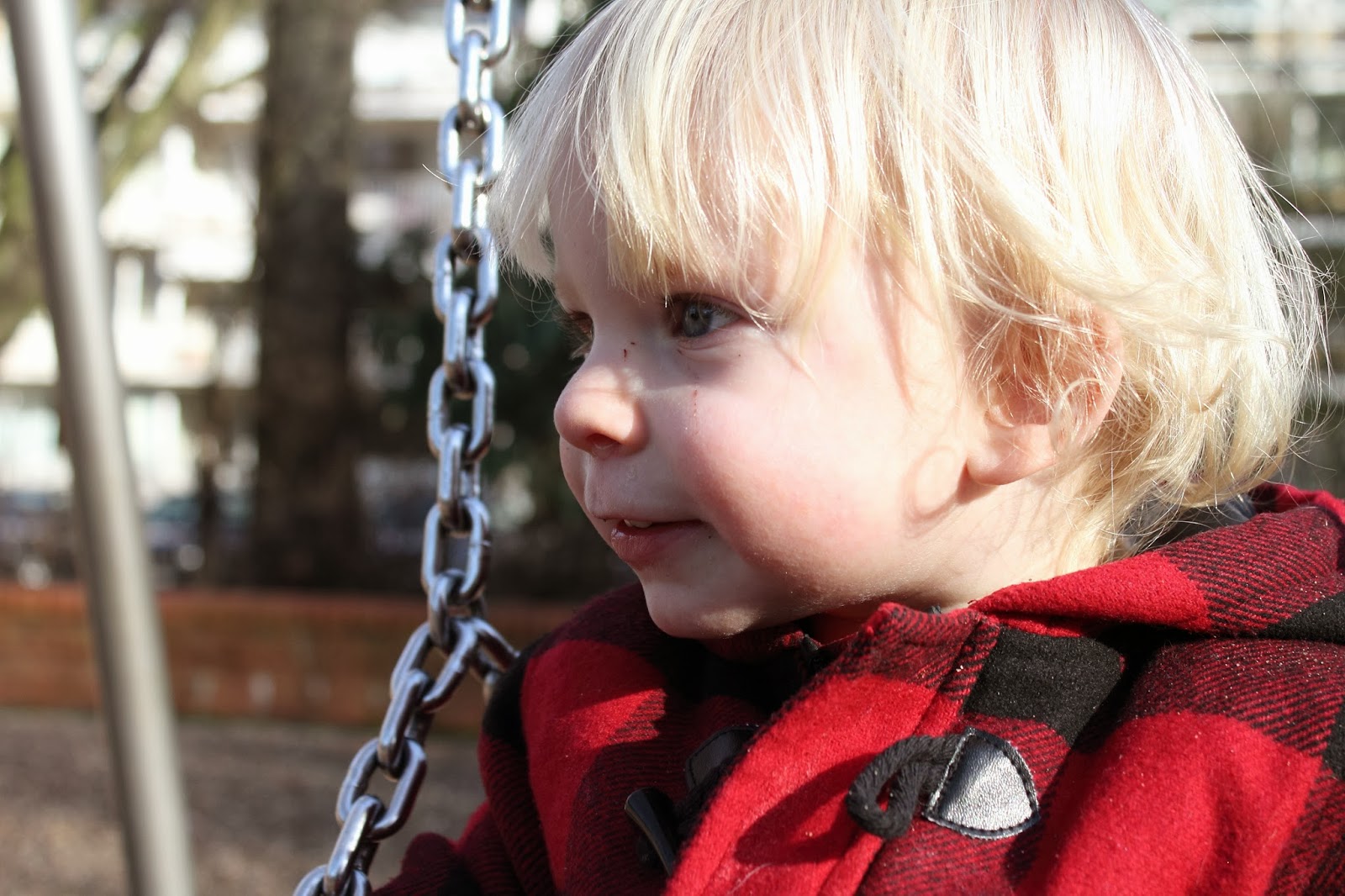 Each time we would promise a play in the near future which is not much consolation for toddlers with only a sense of present time. 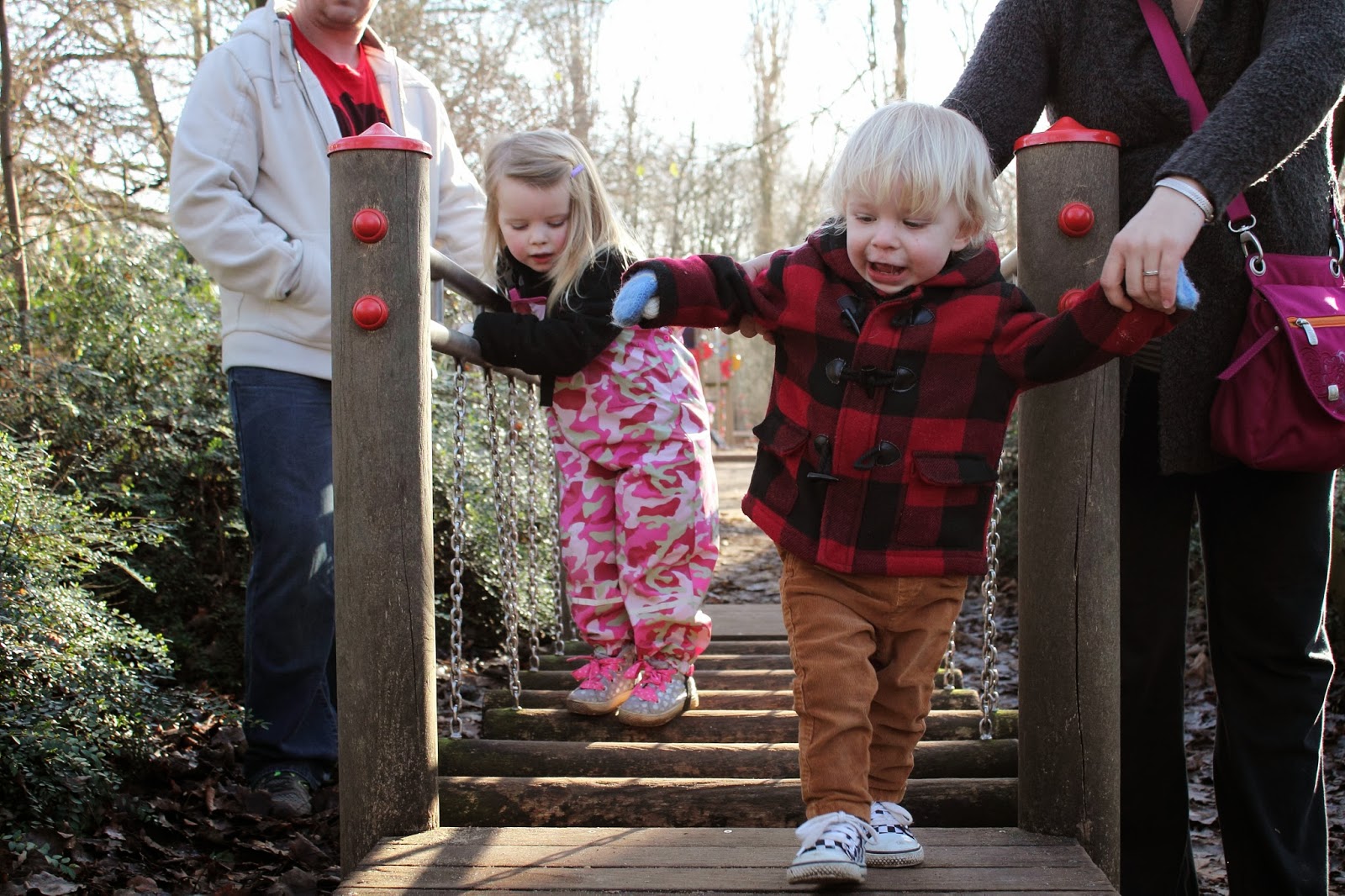 It was, however, definitely worth the wait.
The park is called Zoo Park and is so named because it was a zoo before the war.
After it was bombed it became apparent that a zoo in the middle of the city wasn't the best idea and the space was turned to a park.
There were still remnants of the monkey cage which was amazing and eerie to see. 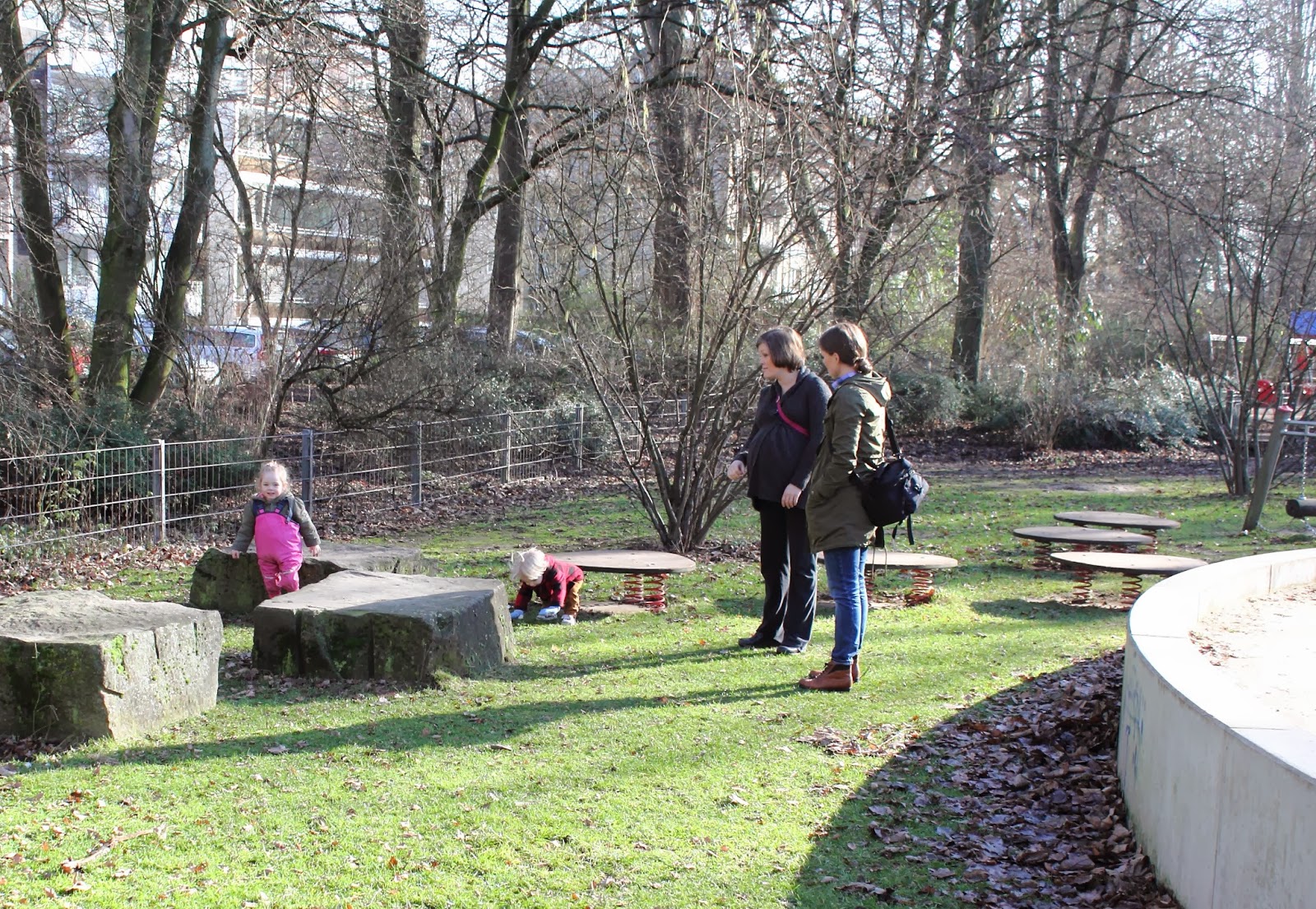 Next we headed to a different kind of playground, the Schumacher Brewery.
Alt beer is a Dusseldorf specialty and exclusively brewed there.
And it is delicious.
The Germans obviously know their beer so this didn't come as much of a surprise.
Jeff was especially thrilled at how the beer is served in small {frequent} glasses to keep the beer cold. 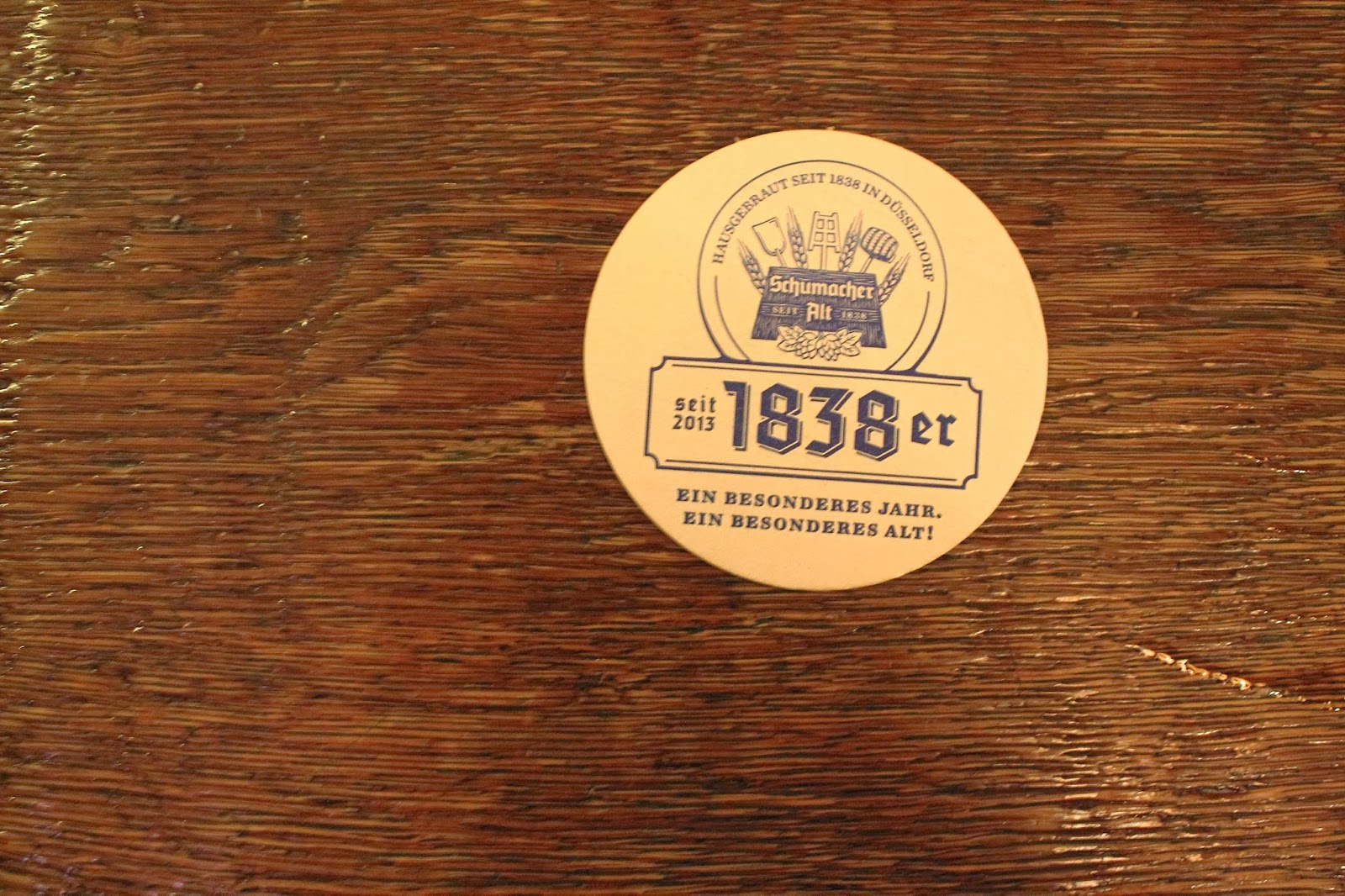 Next was a walk through the swanky part of town... 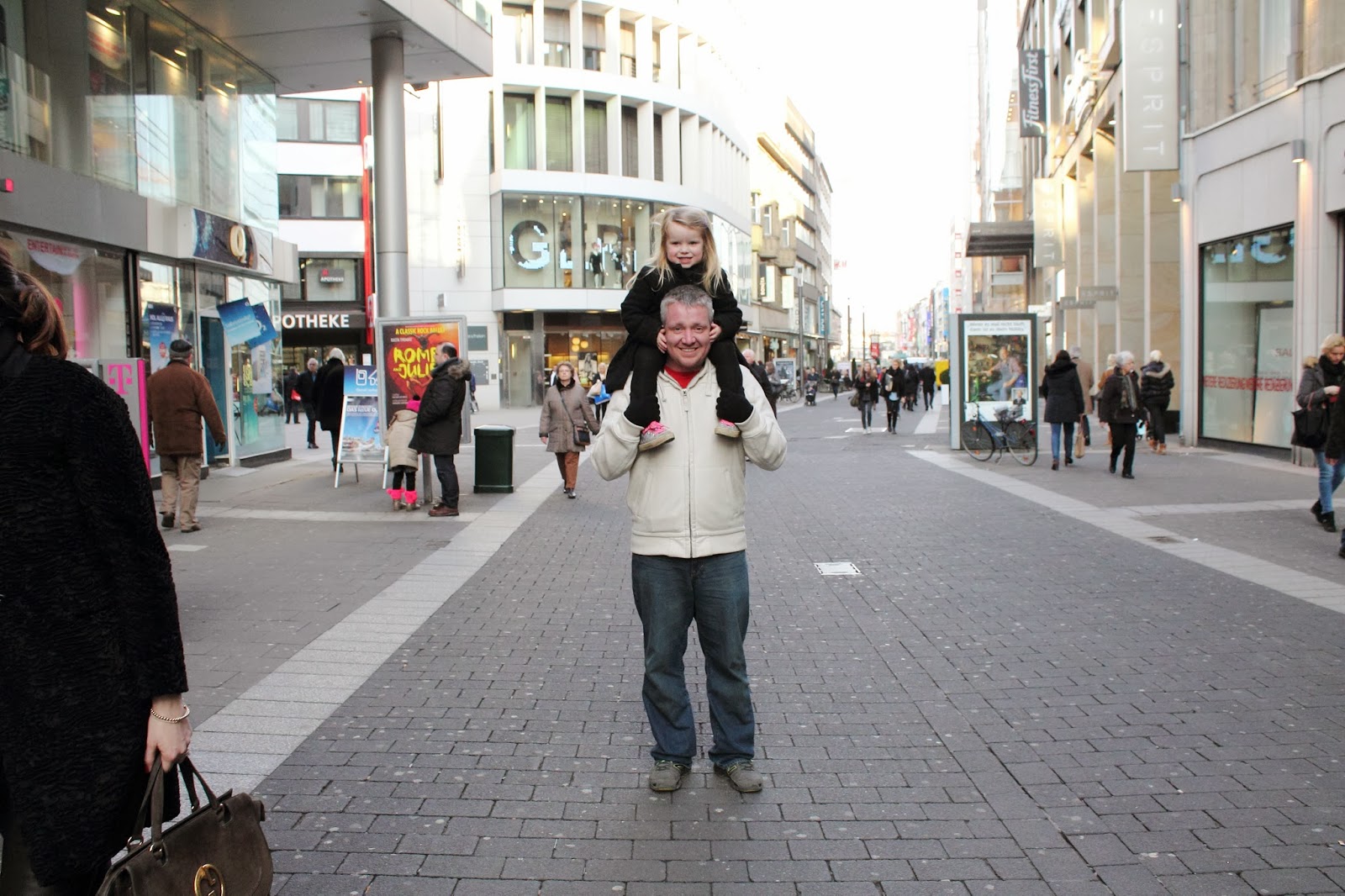 ...past many symbols of Dusseldorf... 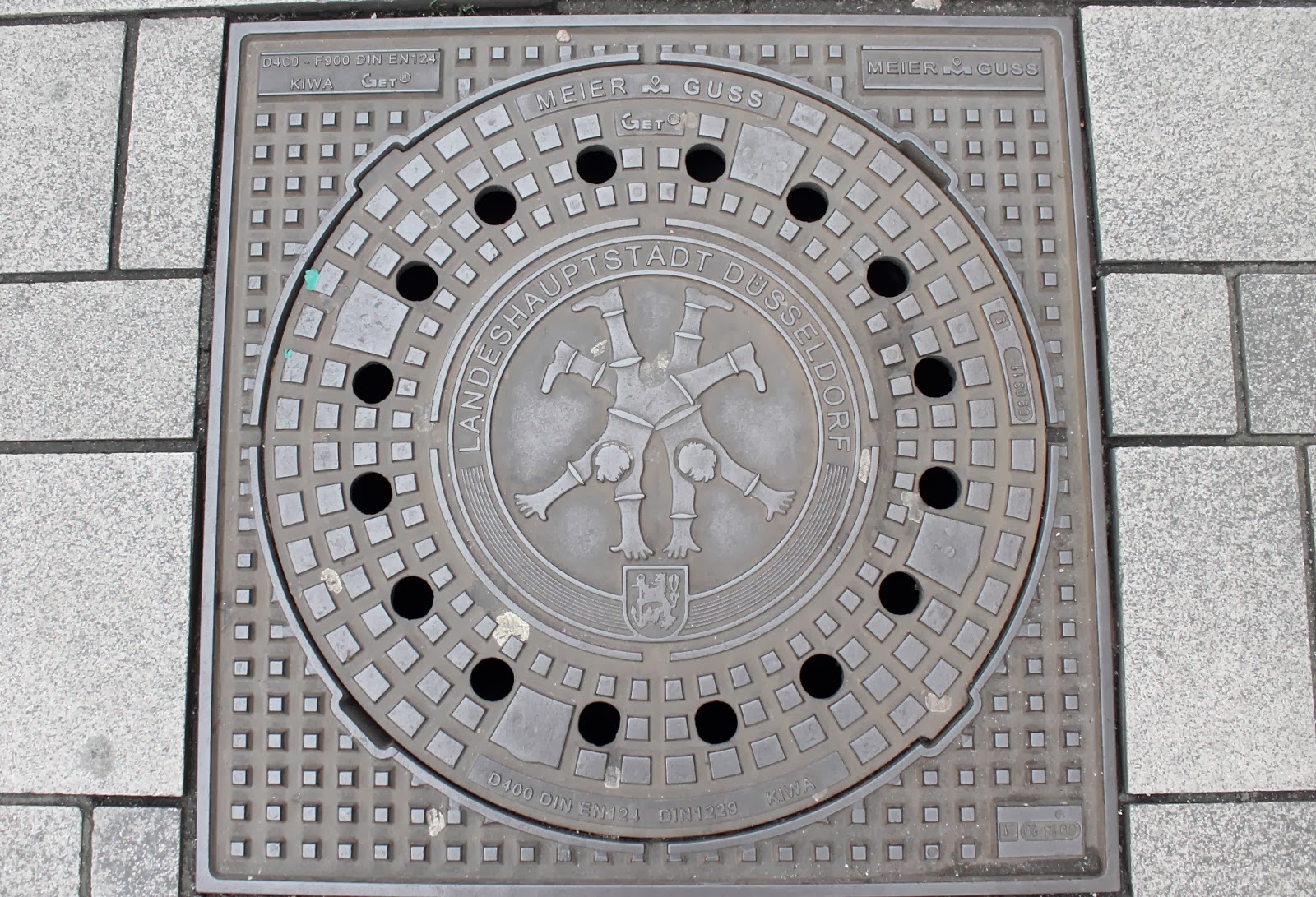 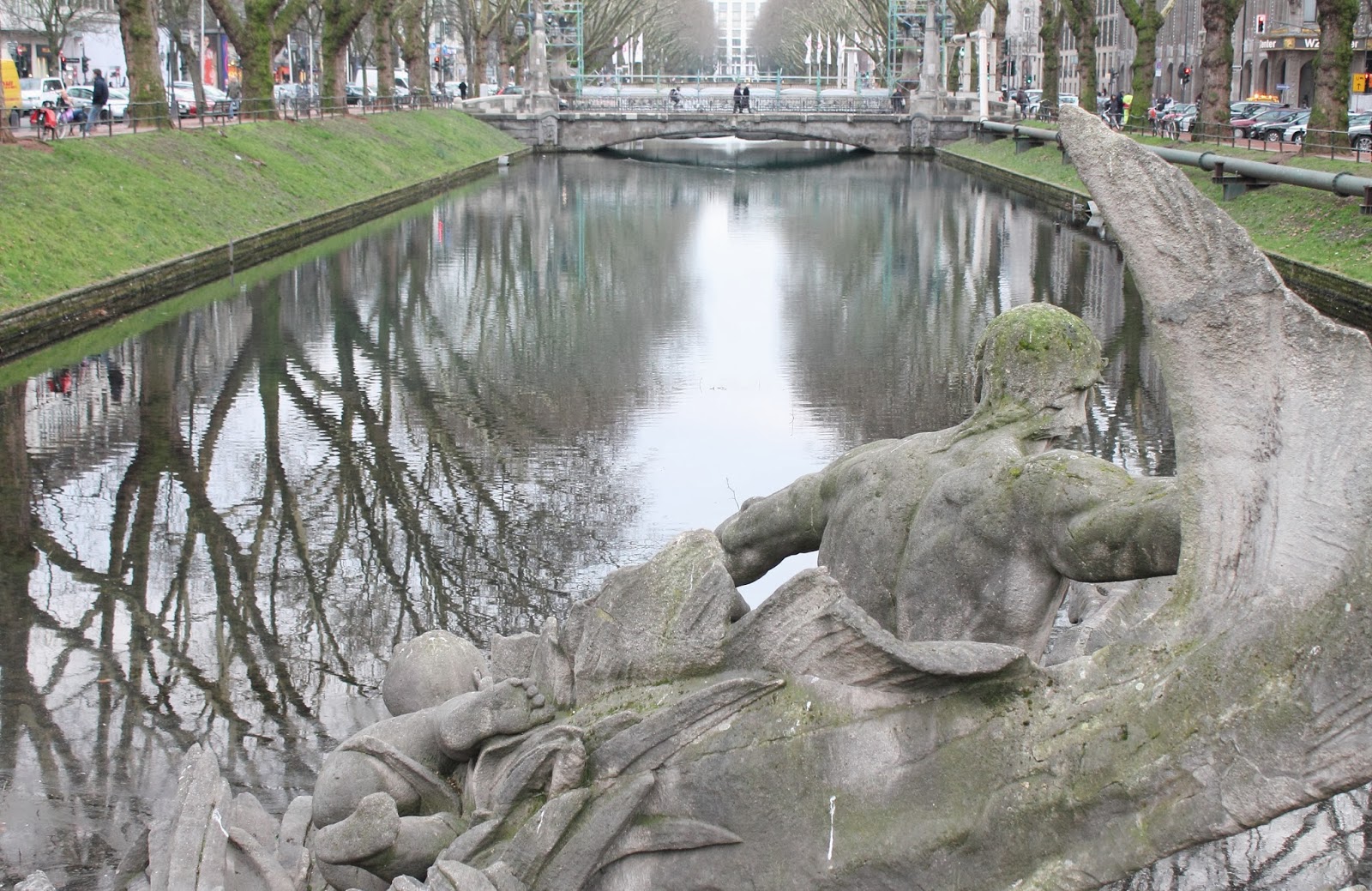 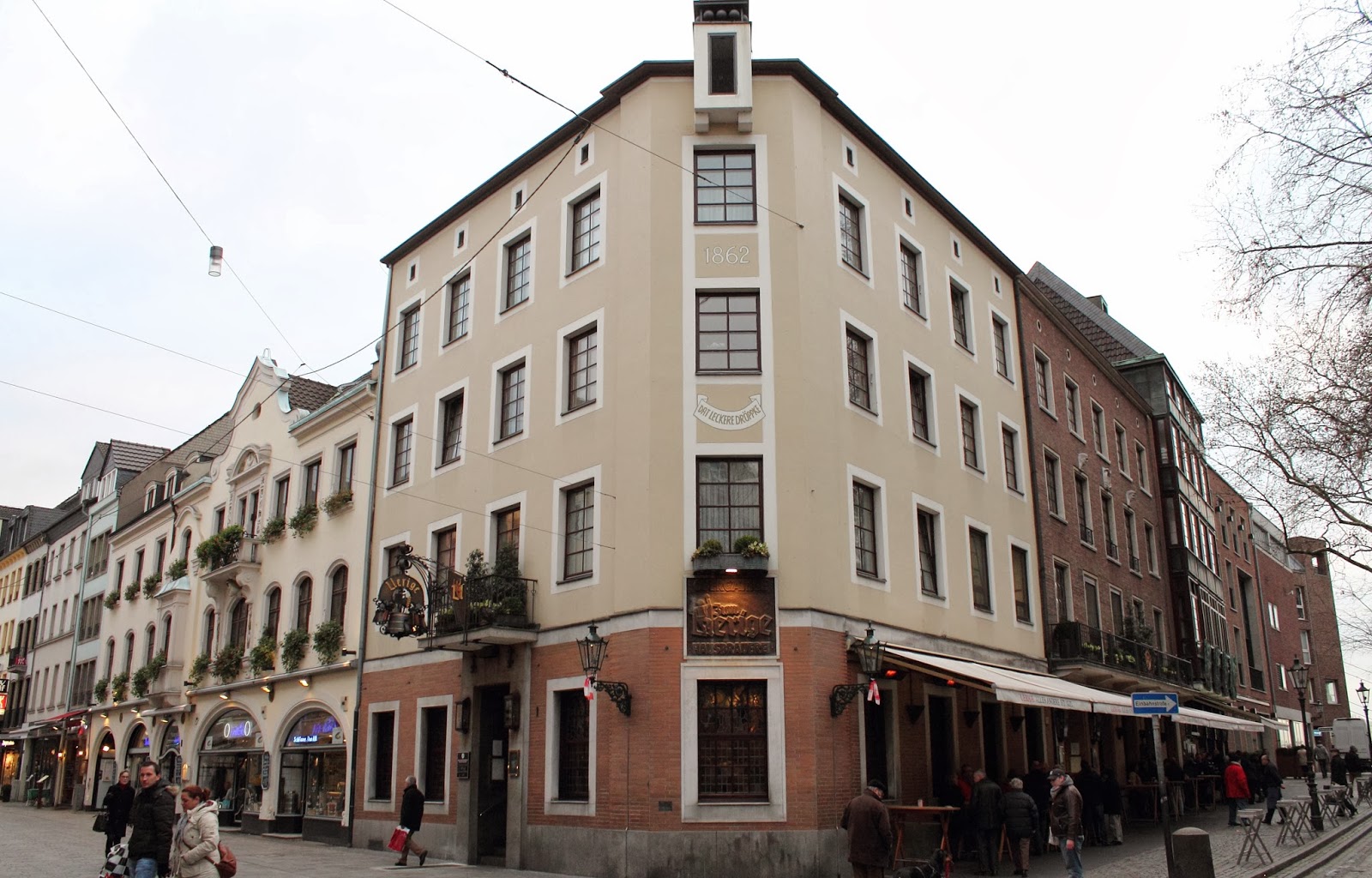 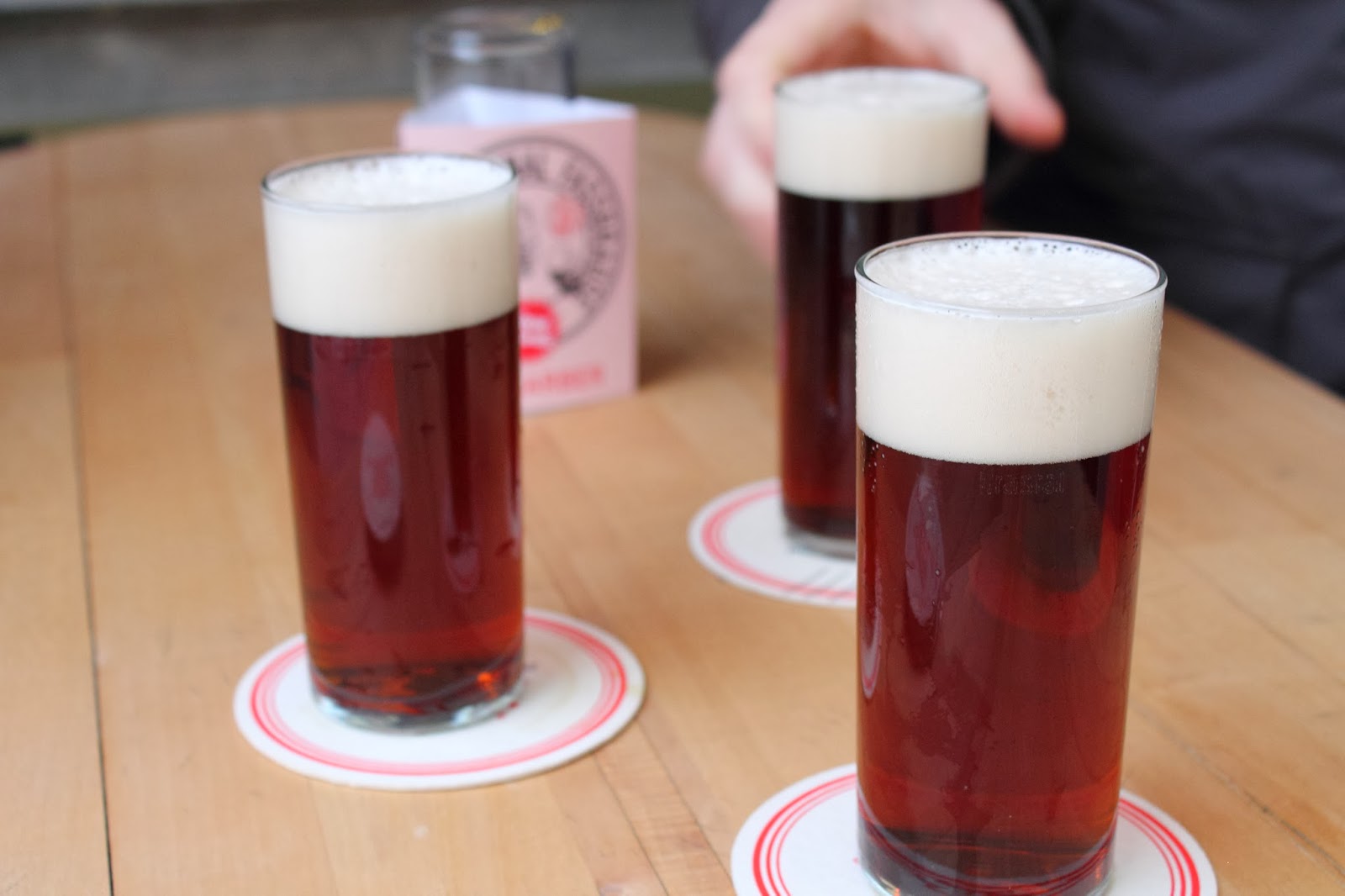 ...and the local liquor, Killepitsch.
This was actually a lot of fun.
You order at what is literally a pane of window that opens onto the street.
The kids even had a taste... 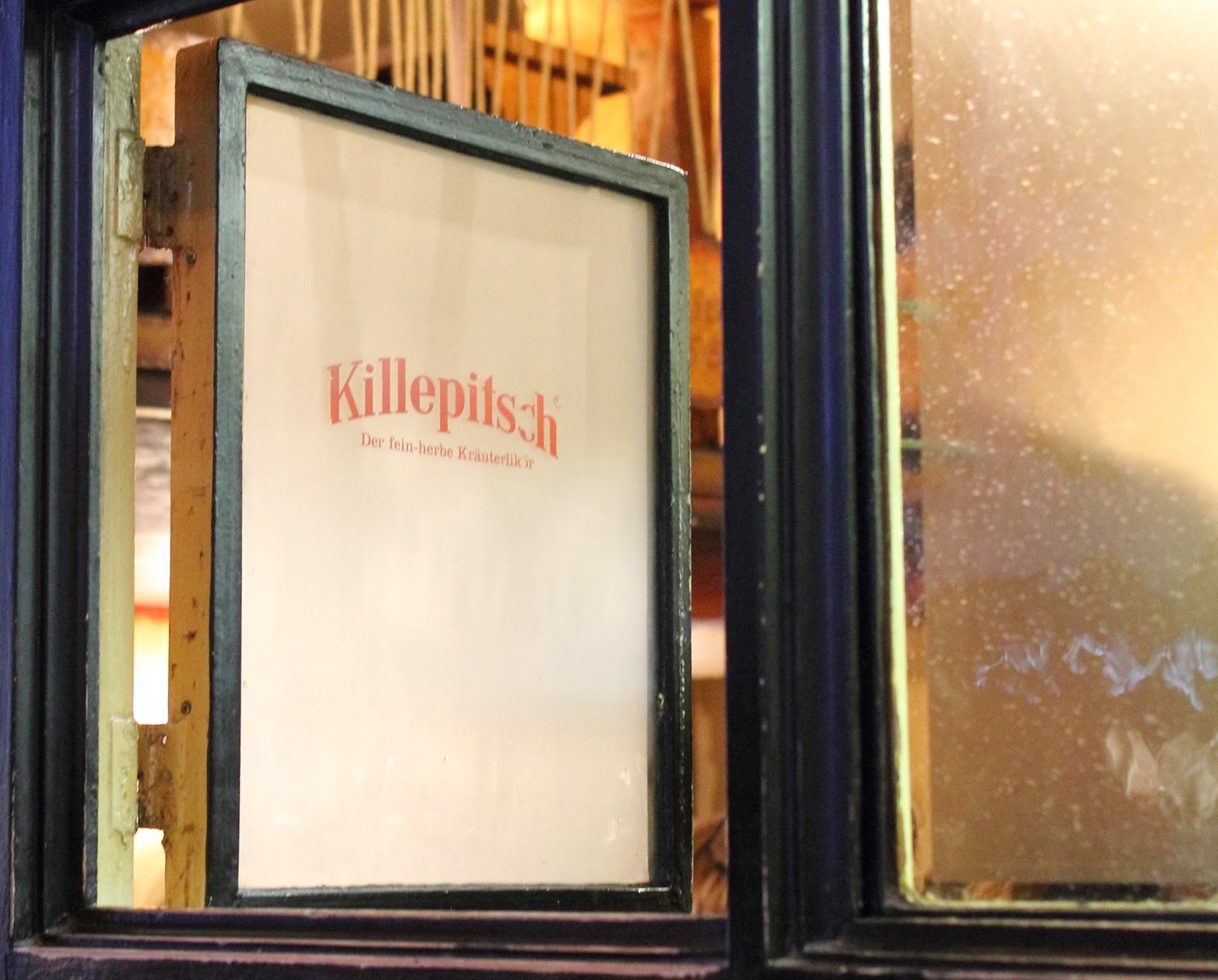 ...of juice shots of course. 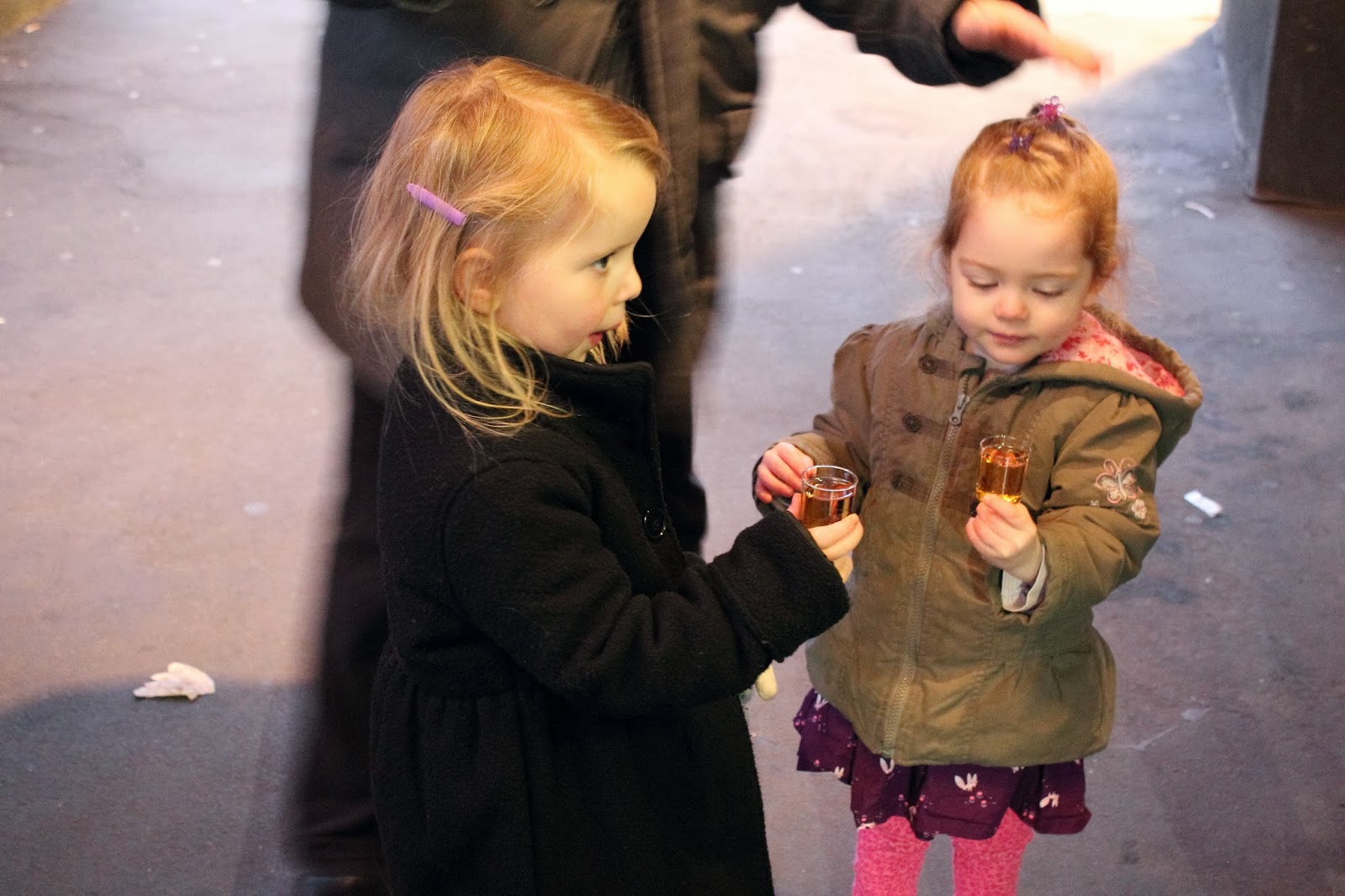 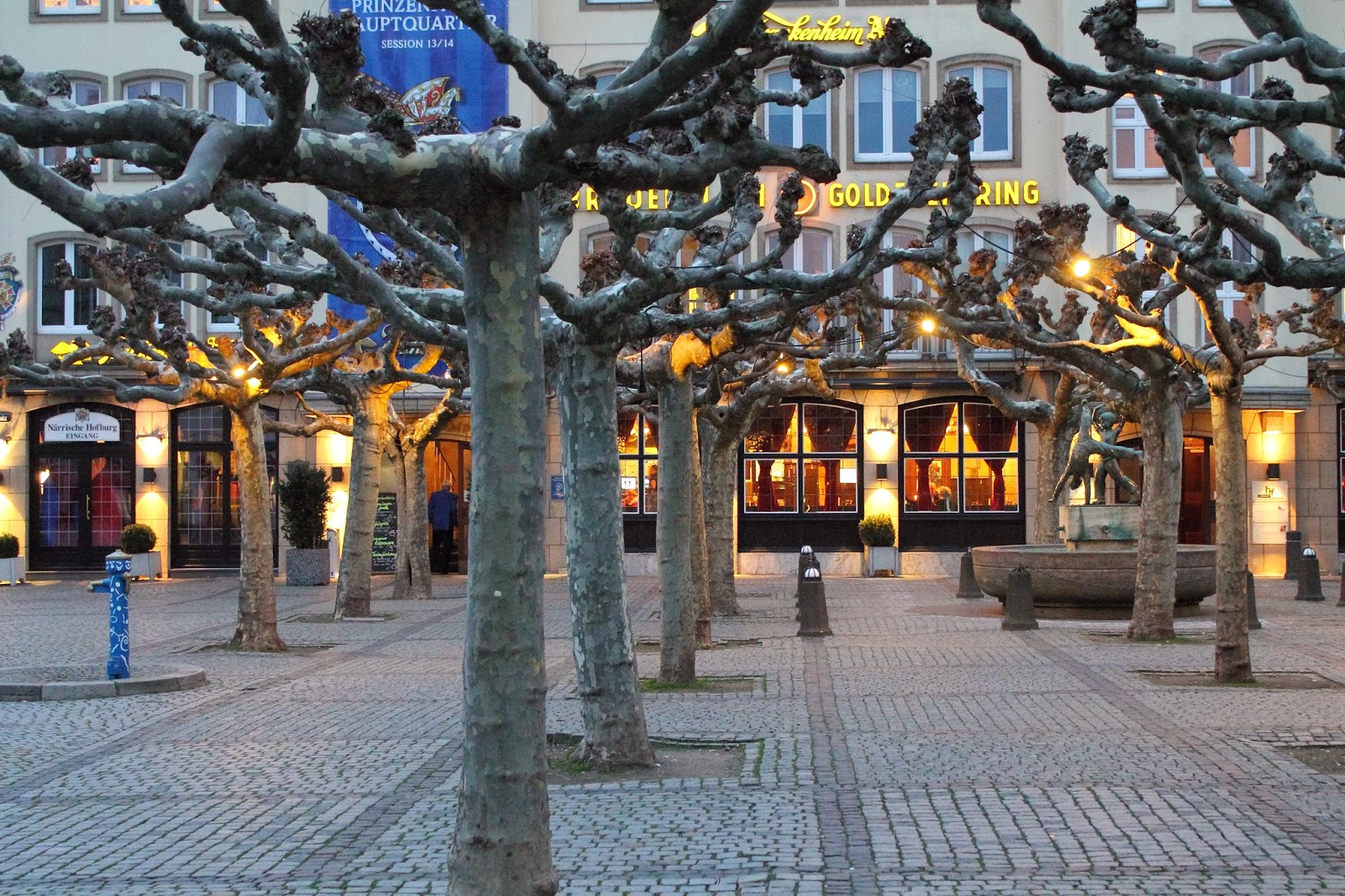 We ended our outing with a walk along the River Rhine capped off with a trip up in the Rhine-Tower. 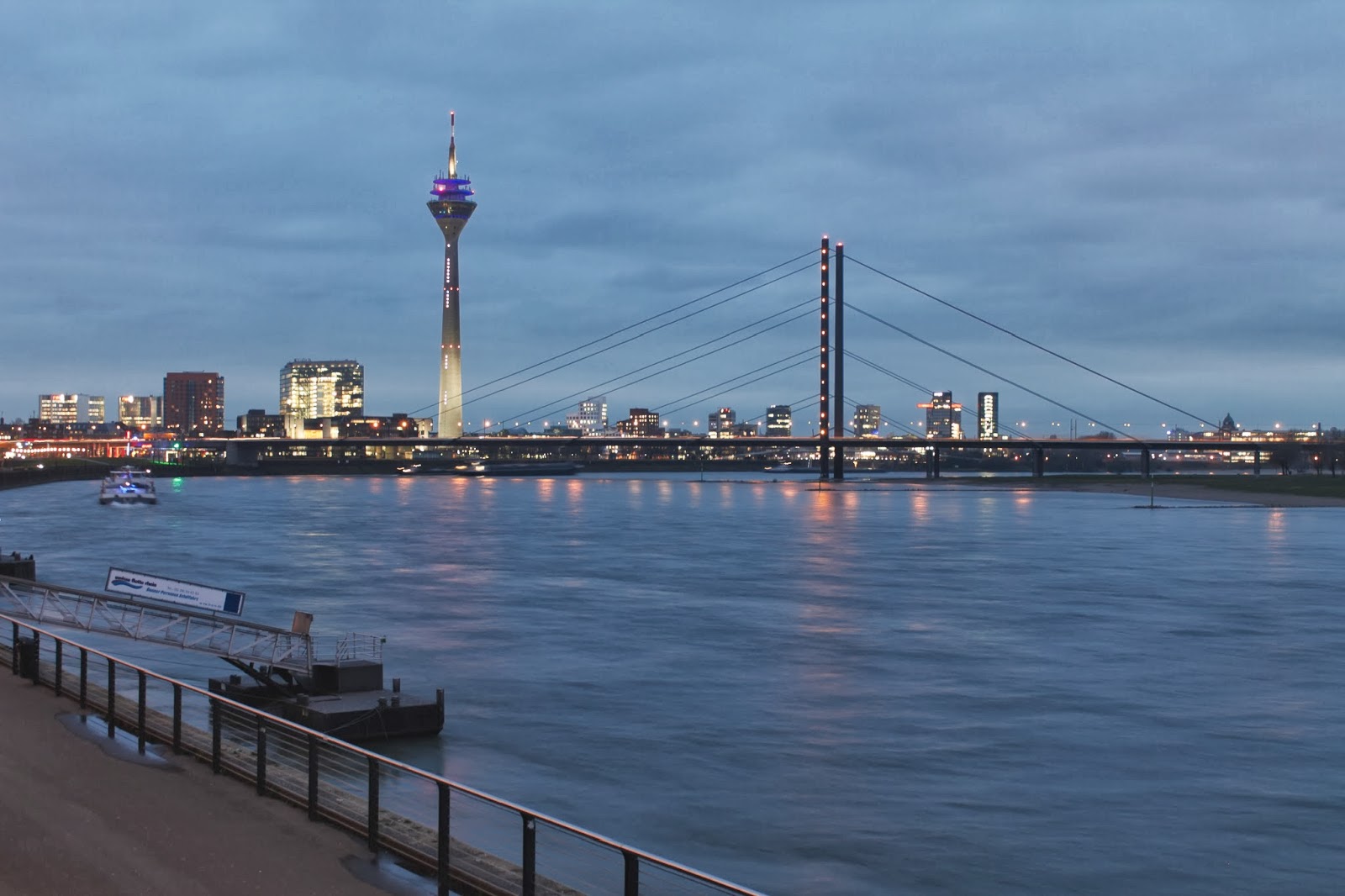 Back at the apartment Jon treated us to a great Abendbrot.
Germans tend to eat a hot meal at lunch and a cold sandwich type meal for dinner.
Of course the quality of their meat, cheese and bread is amazing which I fear could be expensive to recreate here. 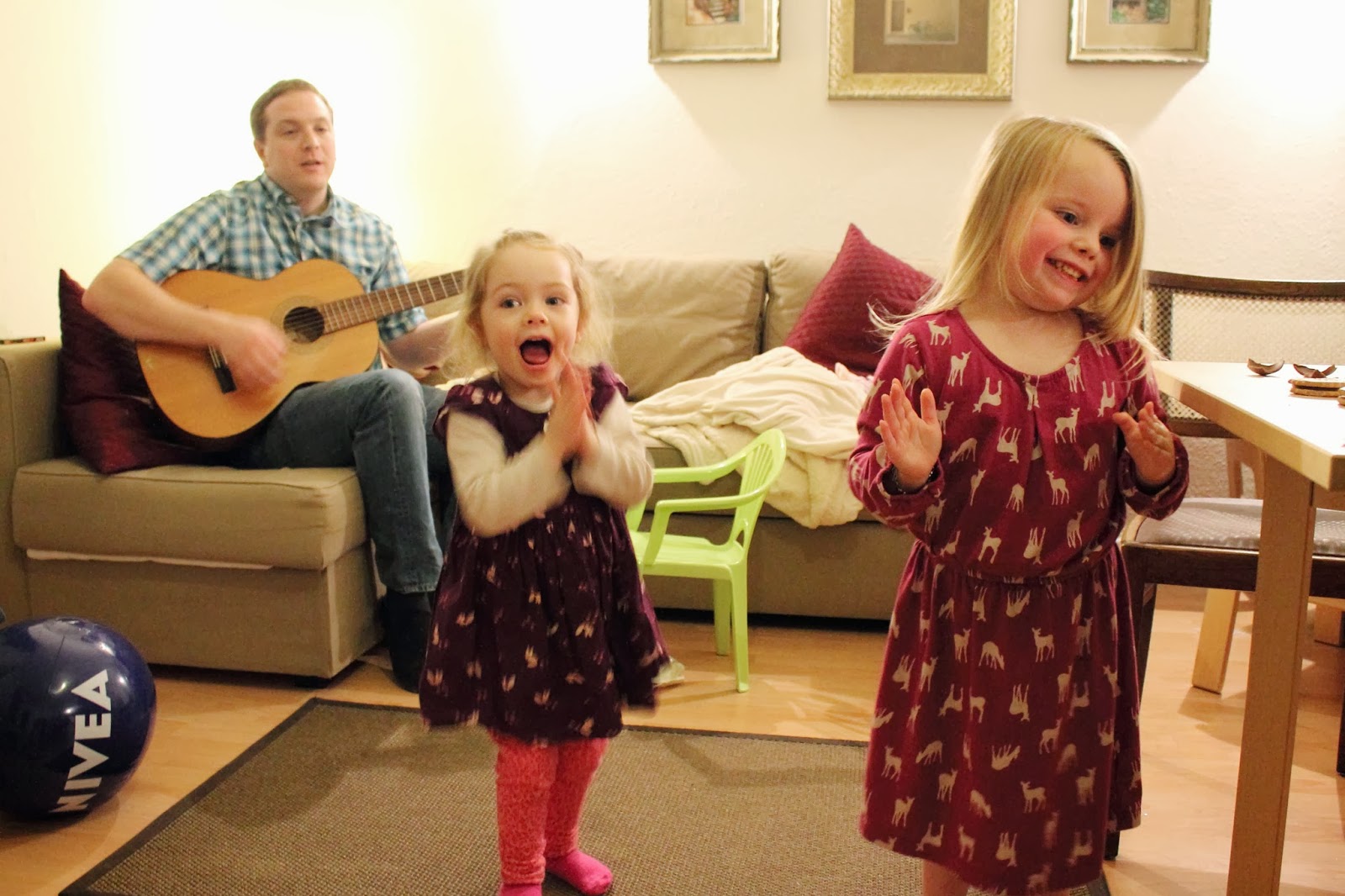 On day two we chose to see Benrath Palace.
This little chicken was, naturally, more than pleased with the pink Palace. 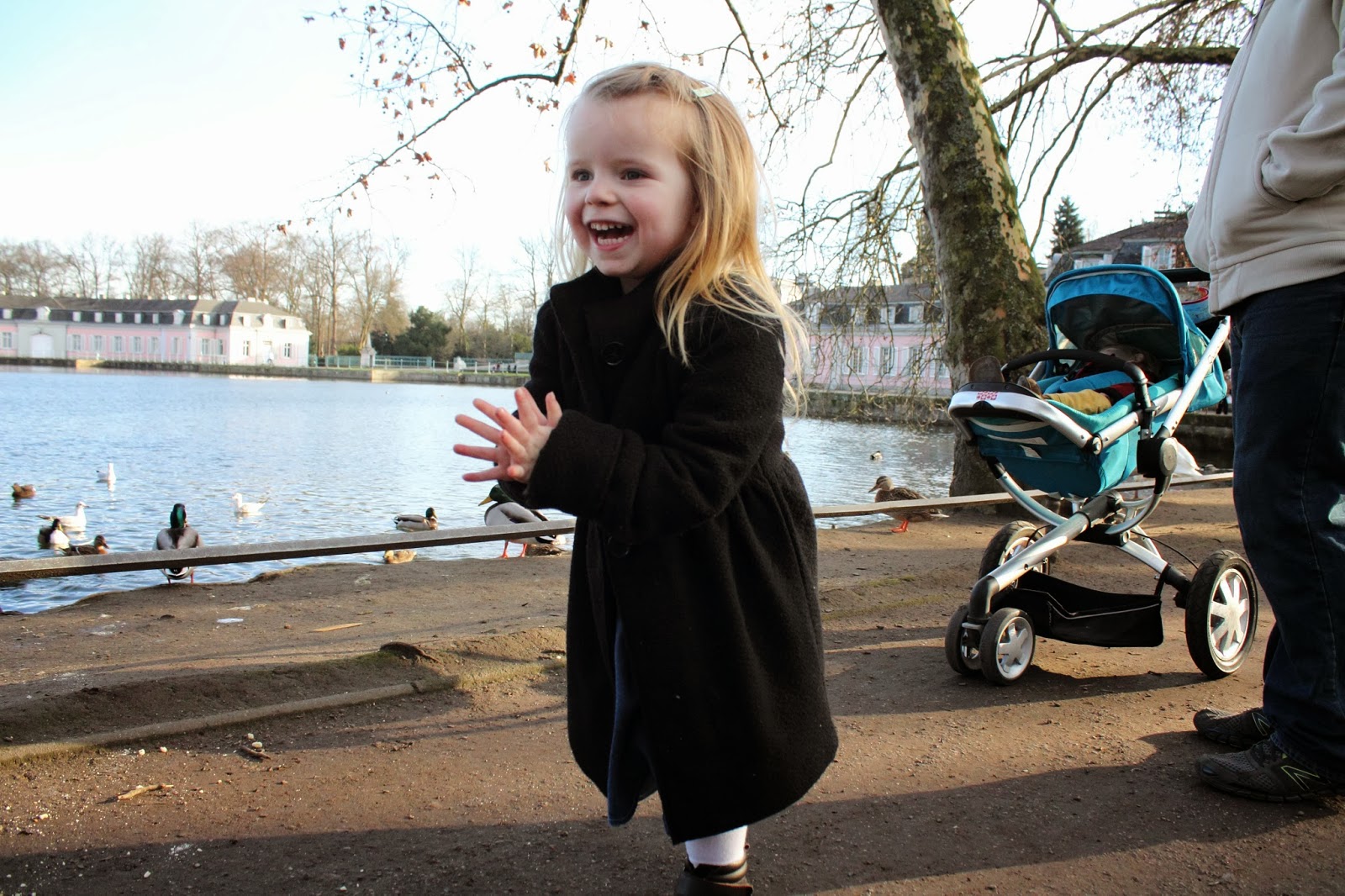 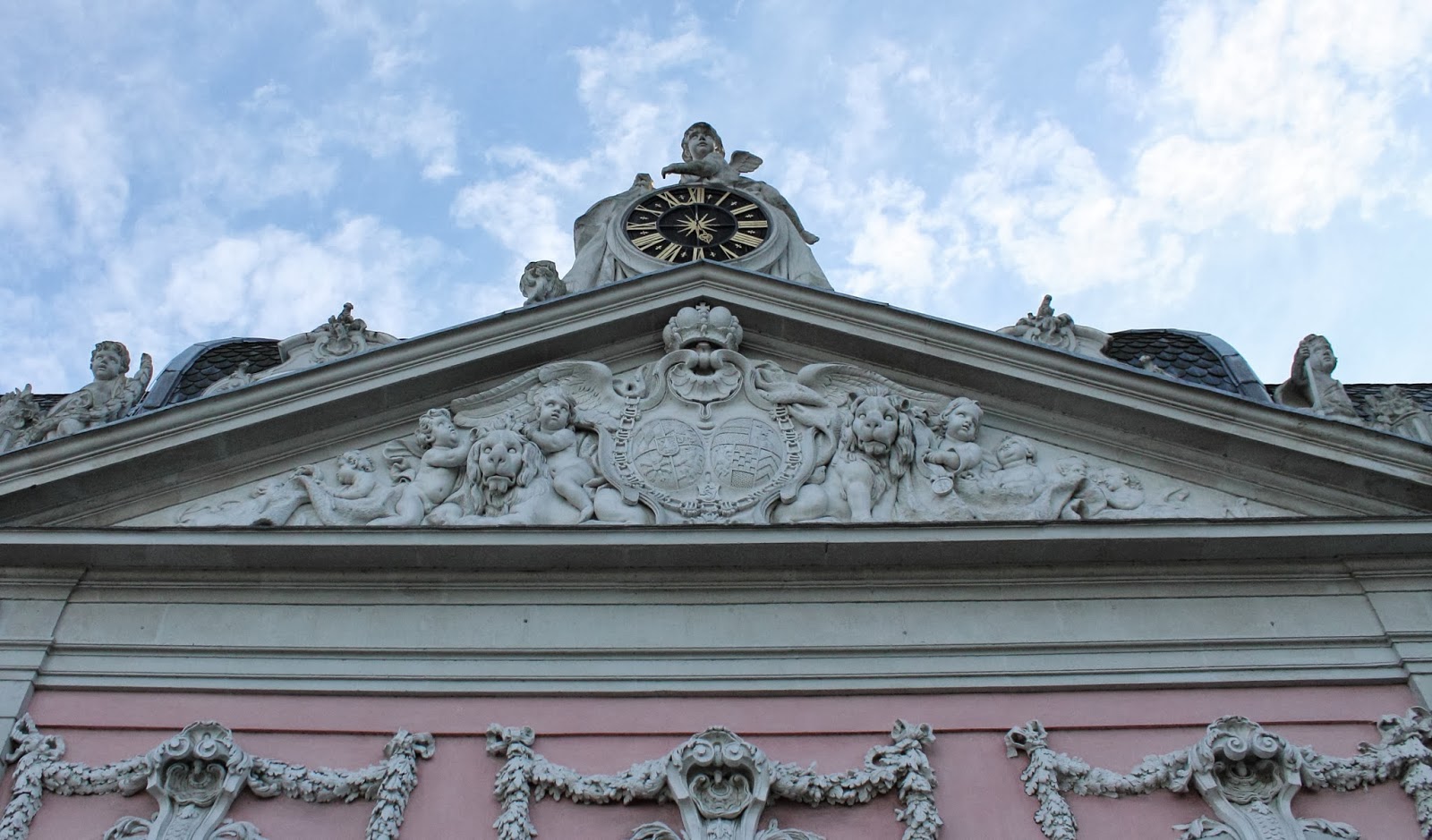 The palace itself is fantastic but the best part actually ended up being the grounds.
They were beautiful and it gave the kids a chance to let off some steam. 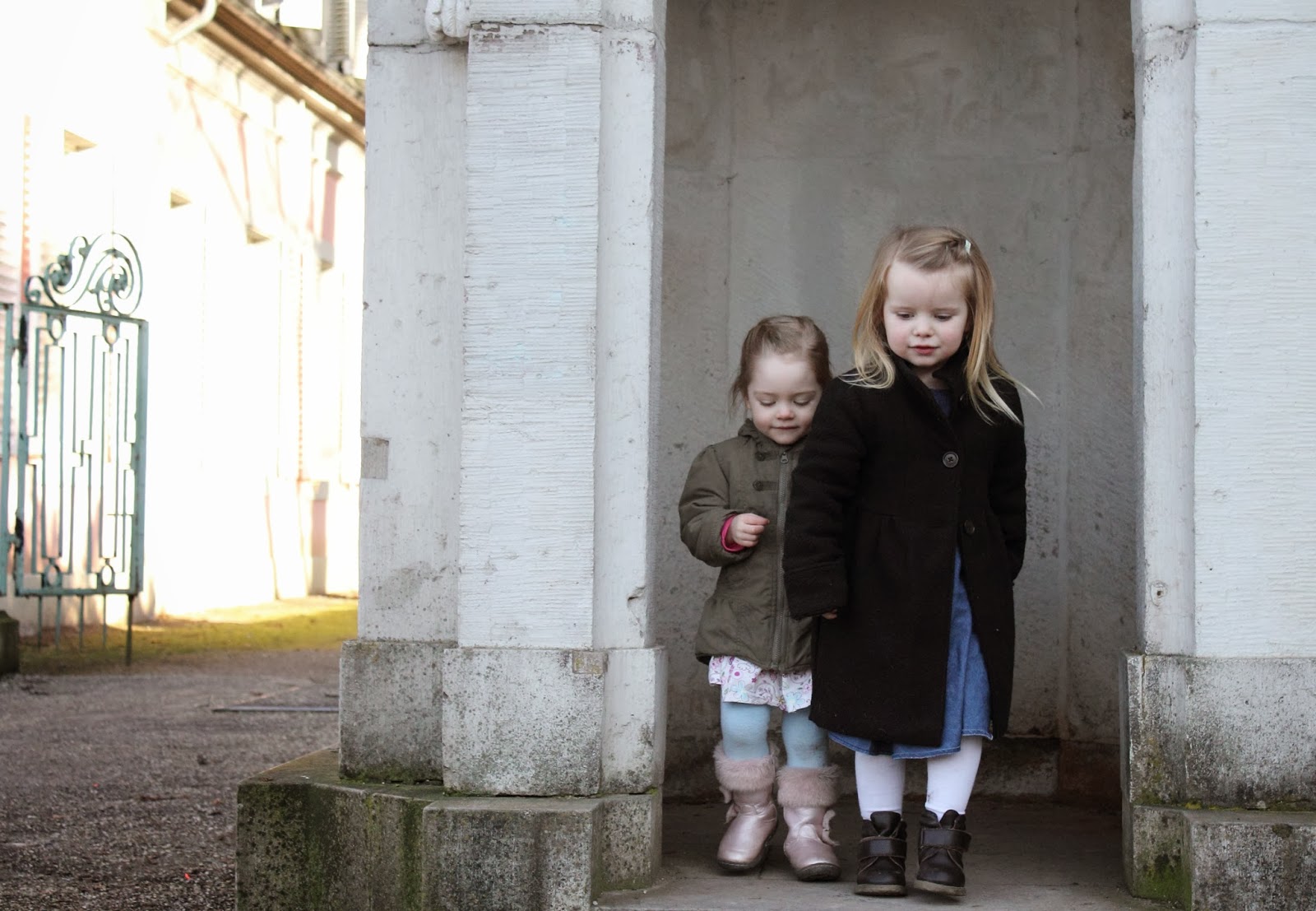 Jeff accidentally took this overexposed shot and I loved it. 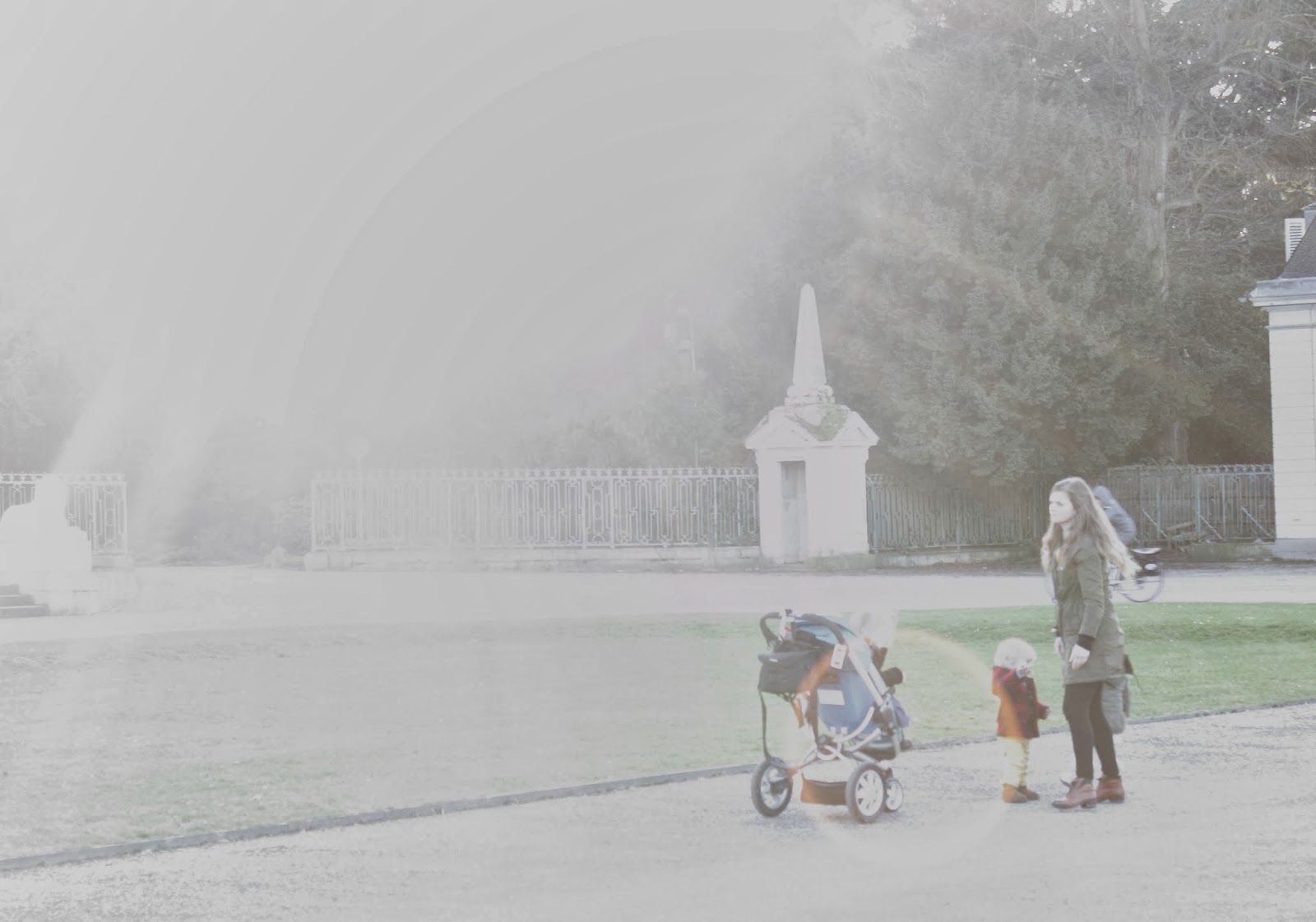 I just couldn't get enough of these two, but I already went there a few weeks ago. 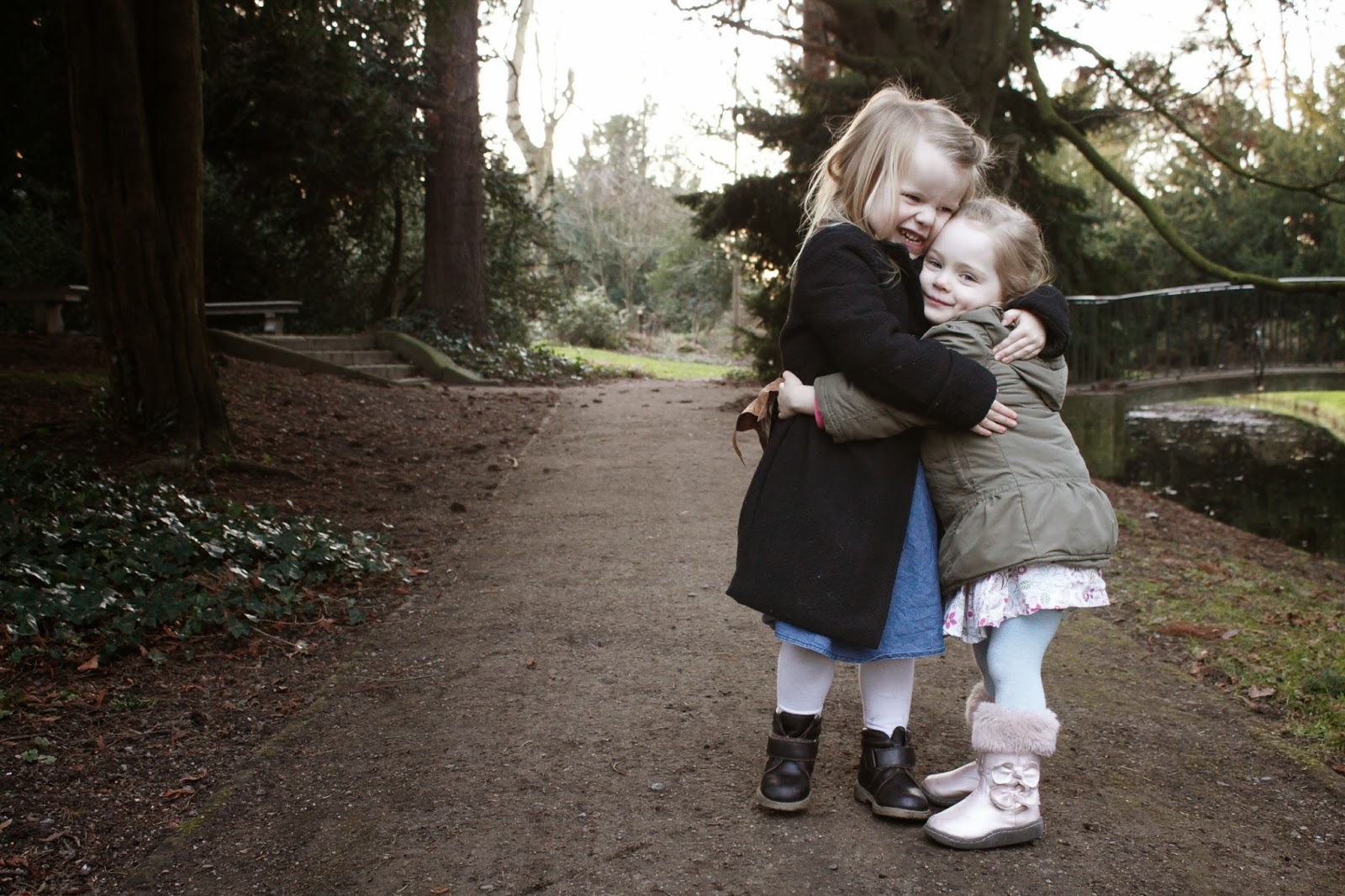 Charmian commented how she loved all the shoes at the front door.
I agree, there's something so satisfying about a full house. 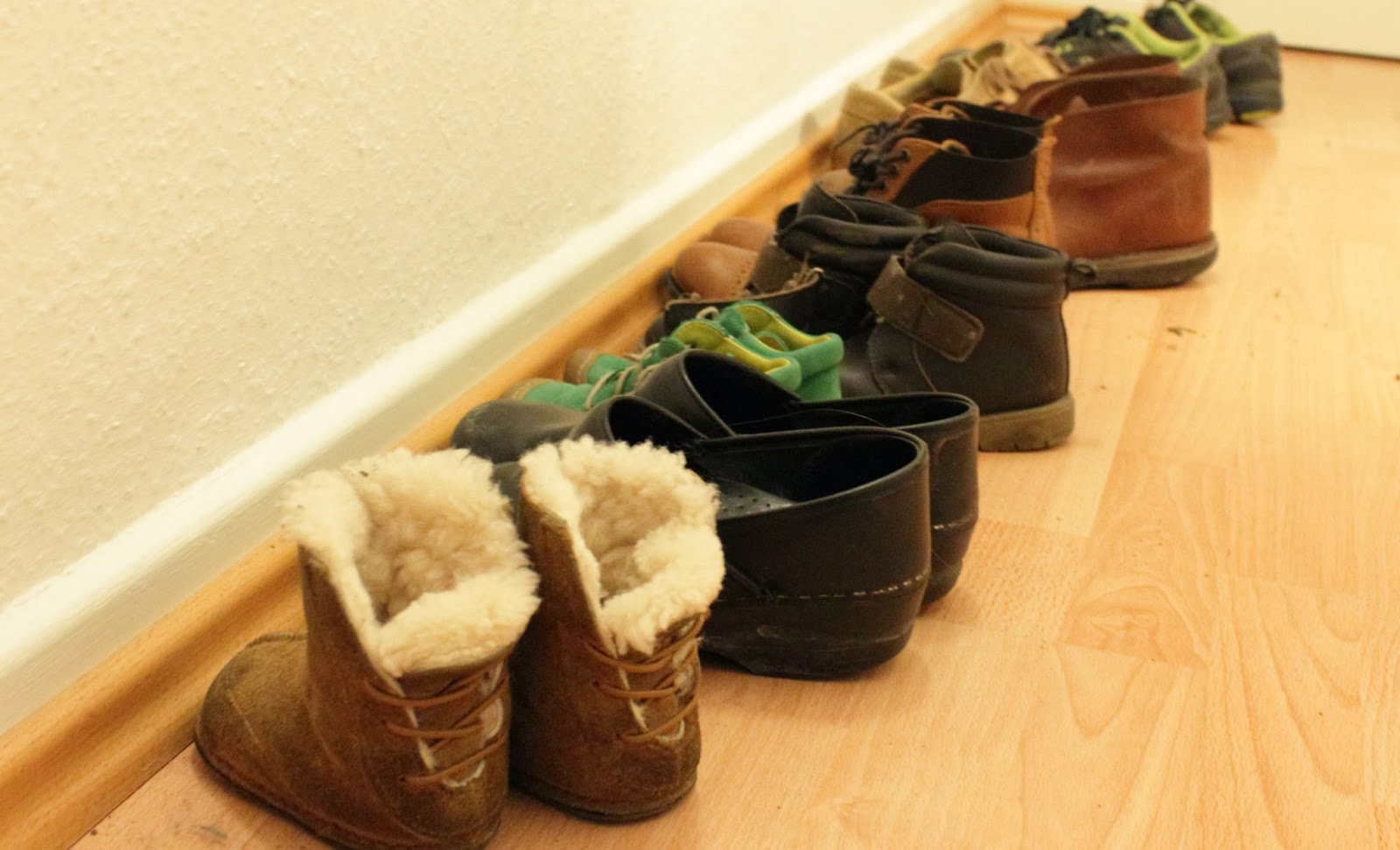 There were seven of us in a 2 bedroom apartment with one bathroom.
Though it might sound like a nightmare to some it was amazing and we would go back in a heartbeat.
Thanks Charmian, Jon and Alessandra for giving us such an amazing time.
Posted by cwesthicks at 9:54 PM

Email ThisBlogThis!Share to TwitterShare to FacebookShare to Pinterest
Labels: Vacation