Fiona has been to watch the Alberta Ballet once which I shared in this post.
The preview that we attended at that time was the perfect length for an almost 3-year-old.
I was planning to make this year's Nutcracker Fiona's first experience with a full ballet.
Then we received some most wonderful mail, two tickets to the dress rehearsal of Alberta Ballet's latest offering, Class Acts.
How, you may ask, did we get so lucky?
As a testament to the quality of Fiona's dance school, Cecchetti Dance Theatre, they have been asked to join the Alberta Ballet as its Edmonton Studios.
As a current Cecchetti student, Fiona was invited to this performance.
And being such a kind Mama I skipped happily the whole way there agreed to go along.

I still haven't gotten used to the new courtyard outside the Jubilee entrance.
I love it, but it feels like a different building than that of my childhood. 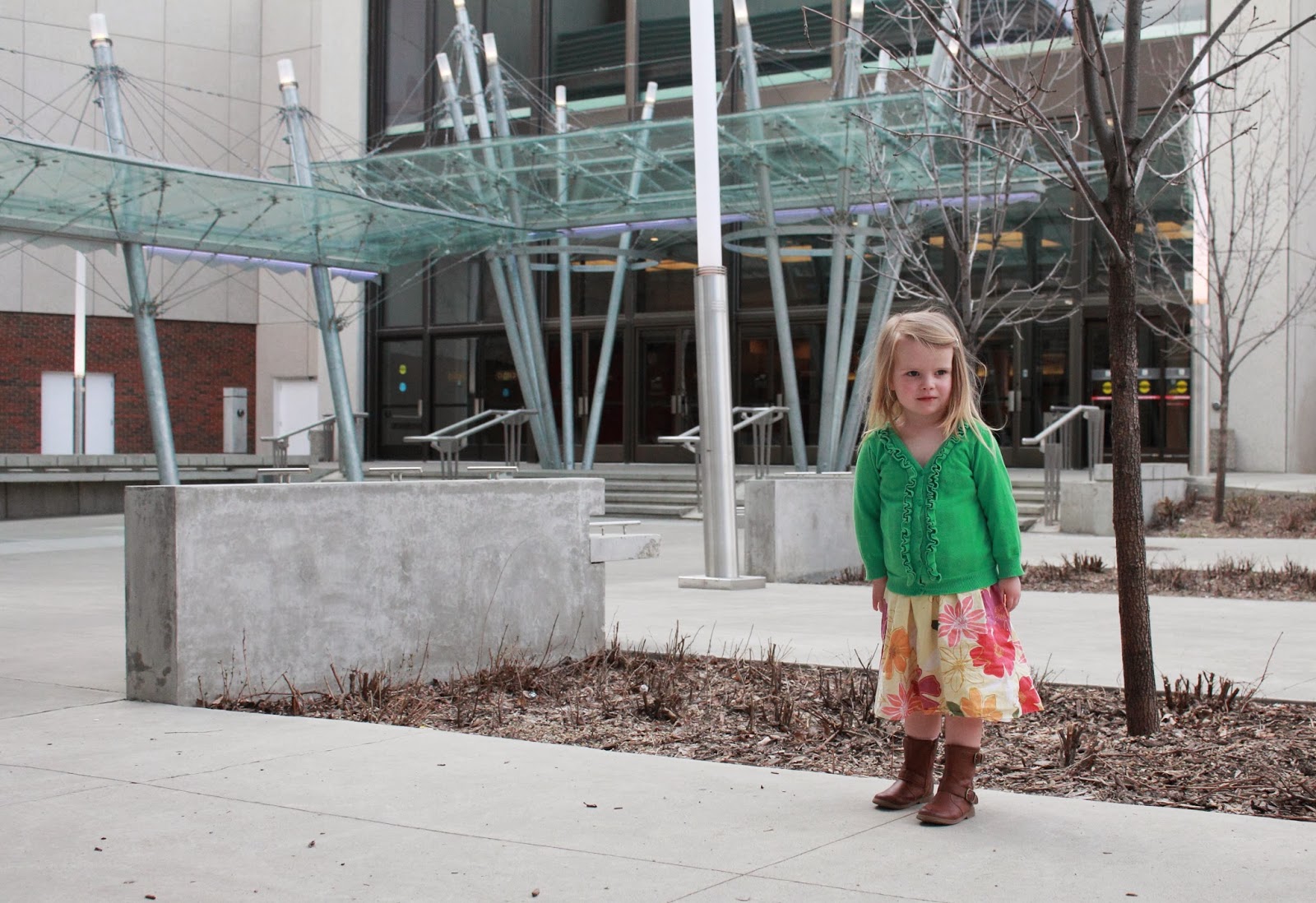 Fiona told me as we chose our seat that she was scared and wanted to sit close to the back.
We agreed on one half way down and she looked around tentatively. 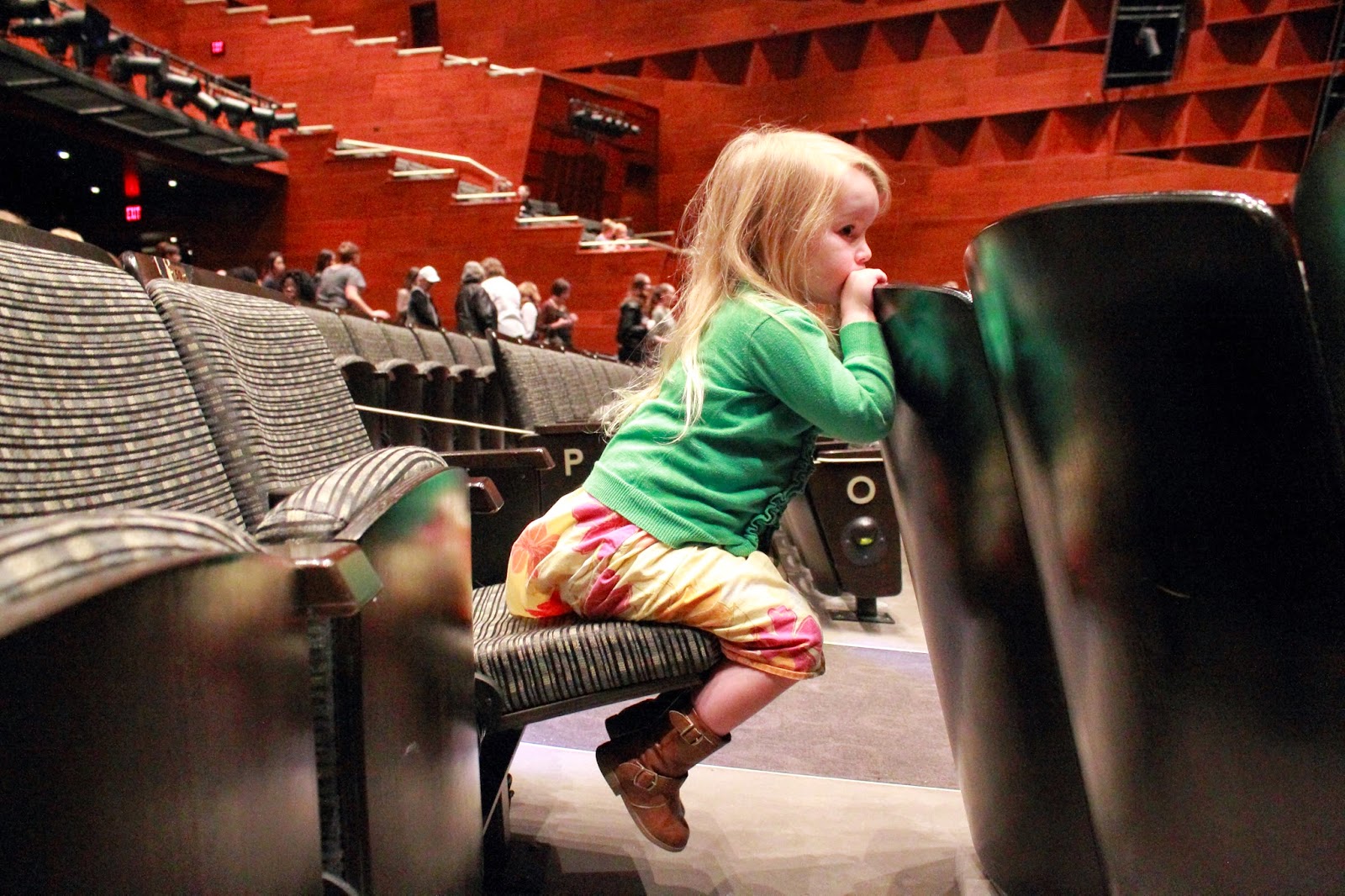 After a while she settled into the seat, clutched her ticket and with a deep breath informed me that we could move a little closer. 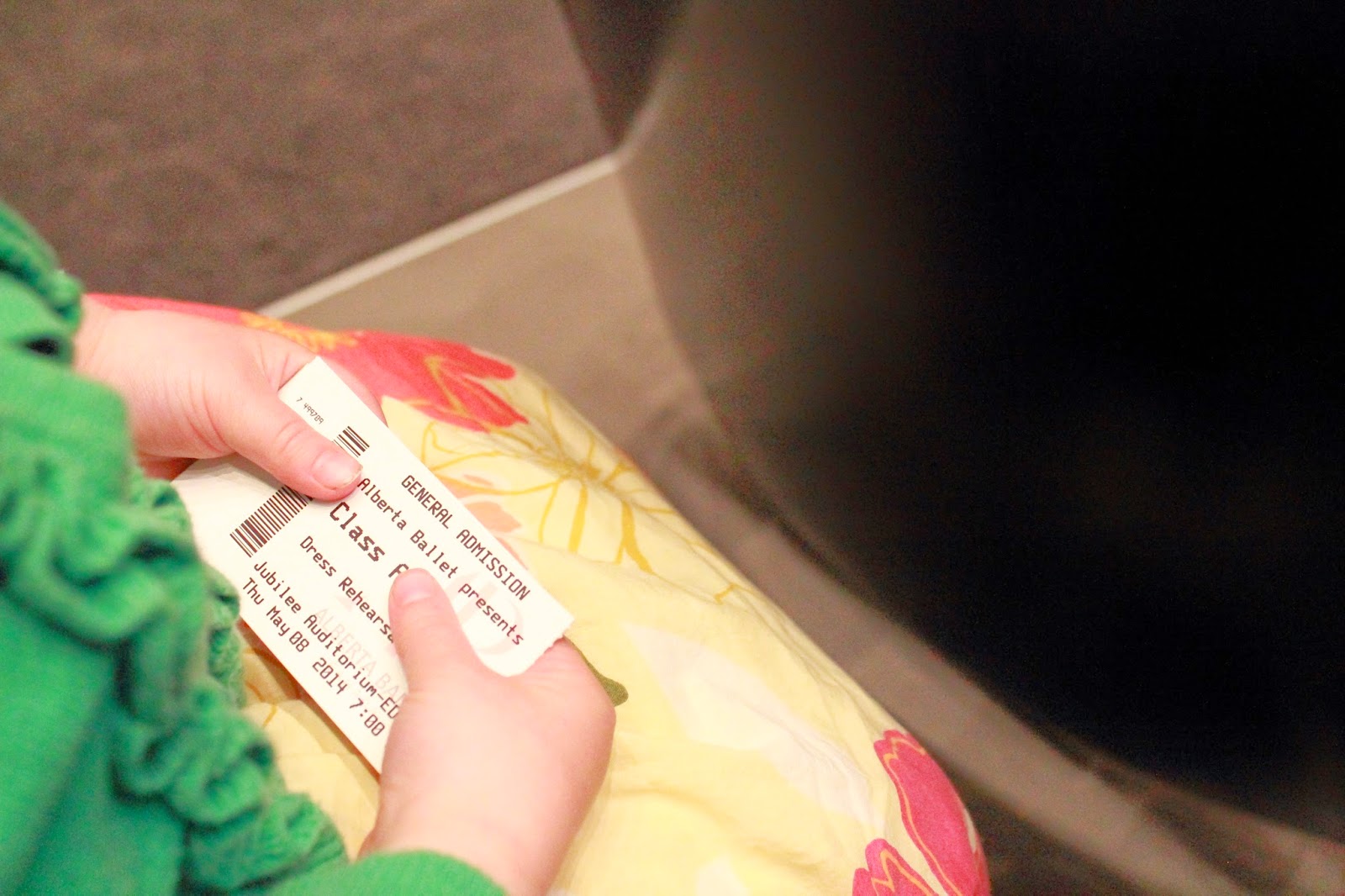 She took my hand and led me right up to the third row.
A little closer indeed, kid.
I was ecstatic since I rarely pay enough for such a great seat.
It took all my strength not to sneak a couple of close up pictures of those beautiful dancers but I'm a rule follower you know.

We absolutely loved the show.
I'm usually a sucker for classical ballet but this production had none of that.
What it had was pure entertainment, great music and a backdrop that was not in the least bit fussy but set the stage for each number seamlessly. 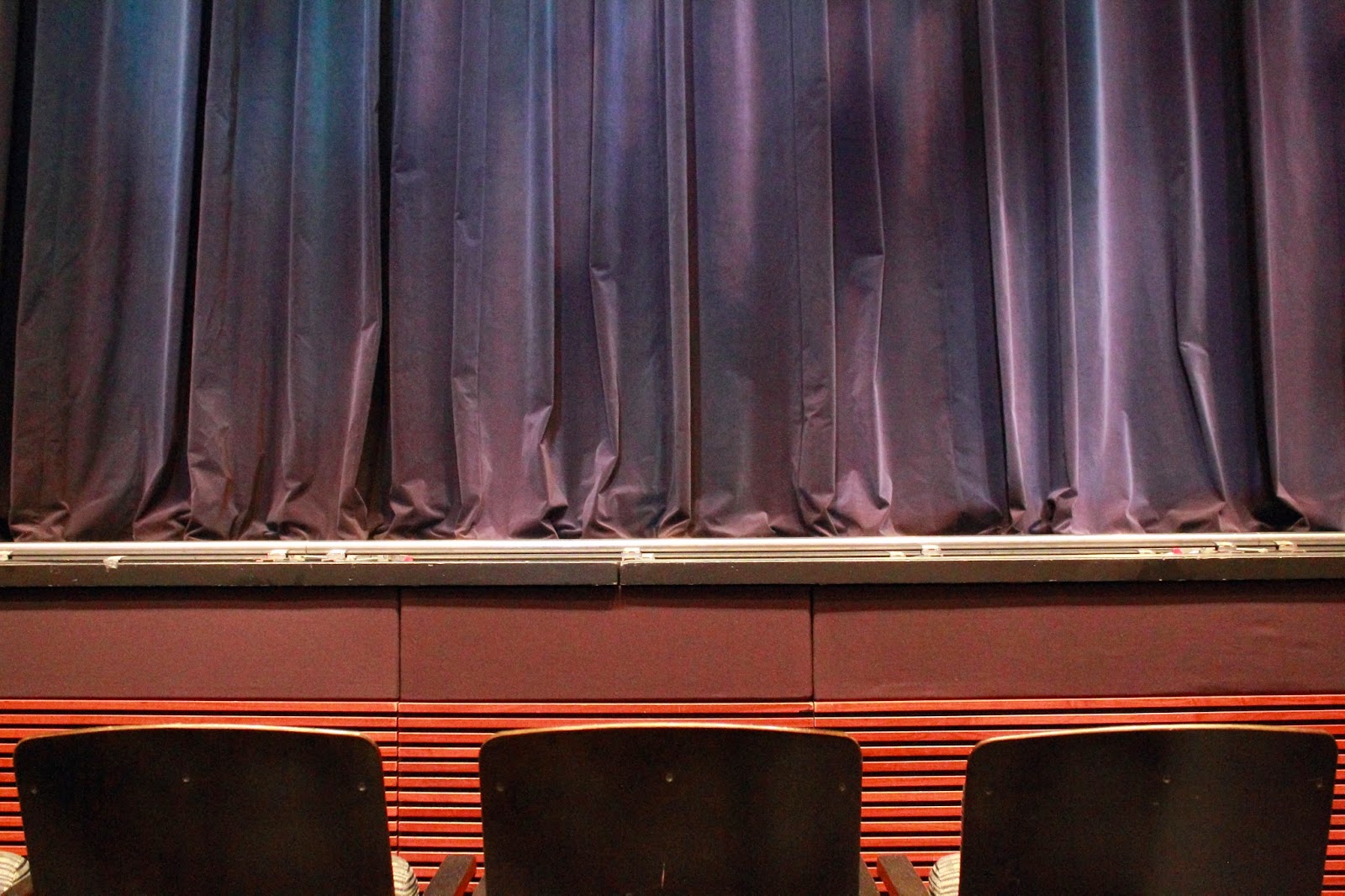 Fiona had her treat radar on and spotted the ice cream immediately at intermission. 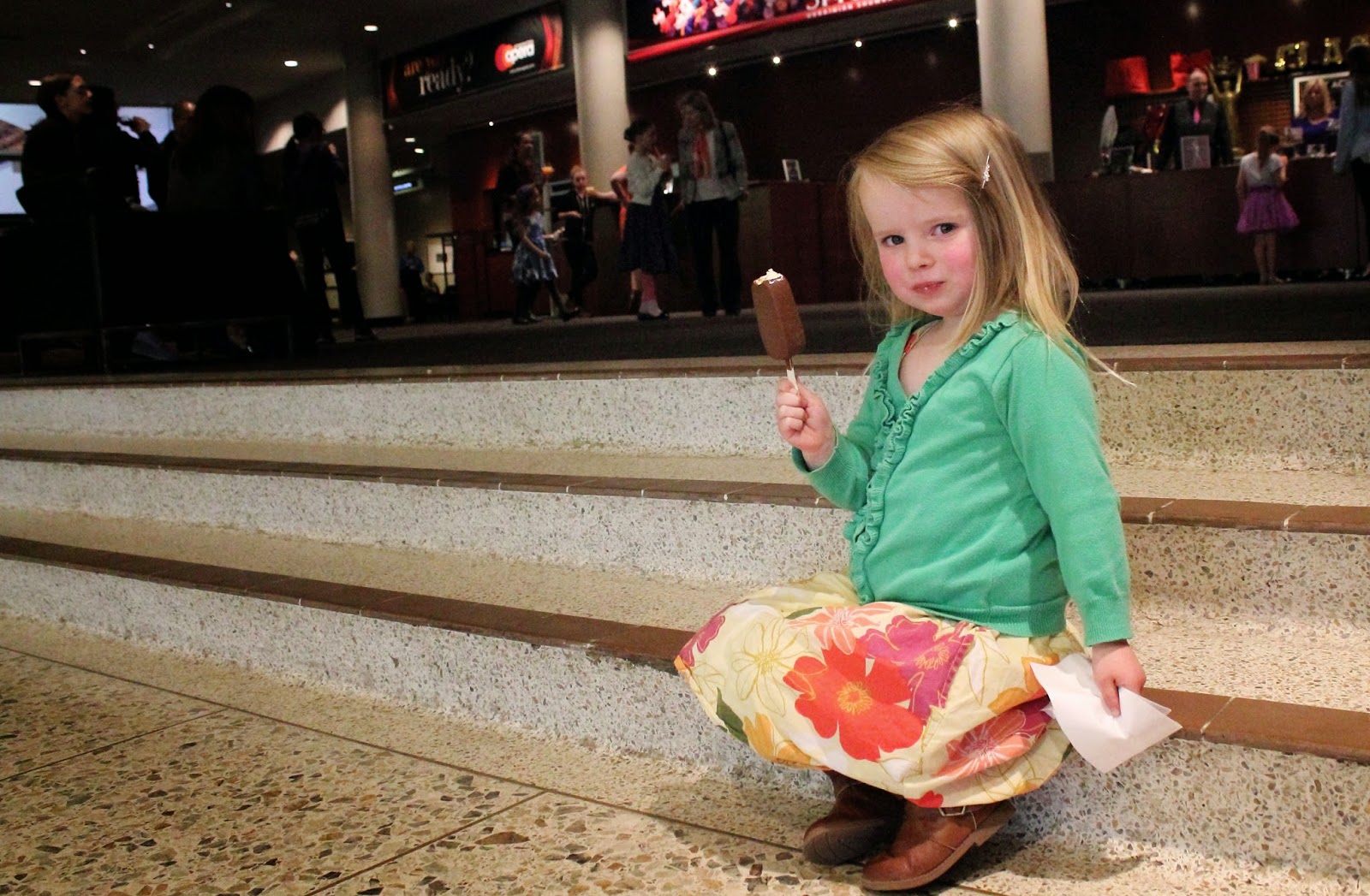 We sat on those very steps just as I remember doing at her age.
Now this is a view that hasn't changed a bit. 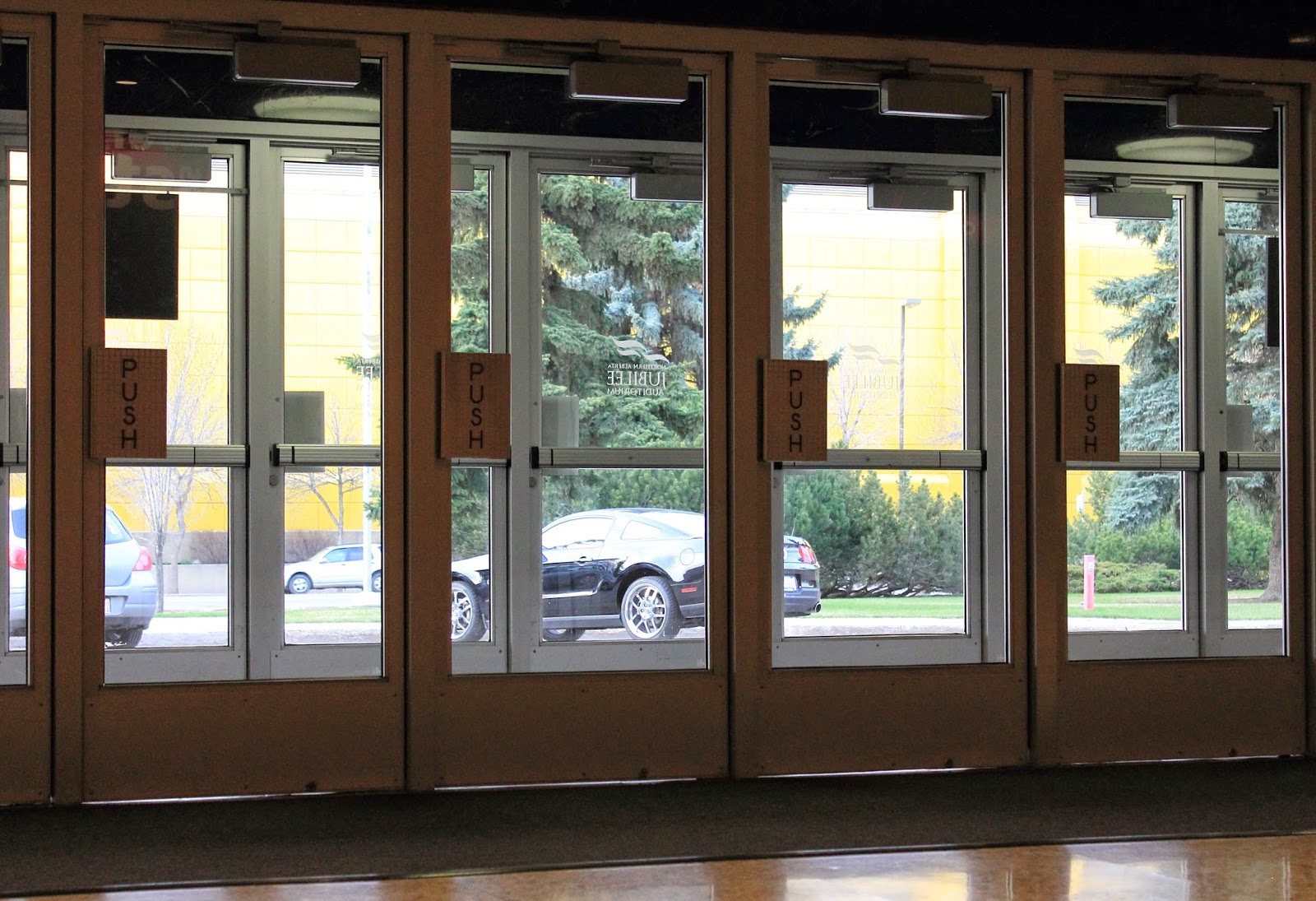 I gave Feefs an out, telling her that if she would like we could head home.
She looked at me like I was crazy and informed me that she would like to go back and watch another show, thank you very much.
That's my girl.

I was so happy that there was still decent light when we left so I talked Fiona into a picture.
She really was a happy camper but I mean, do you know a 4-year-old who will hold a smile for 10 seconds? 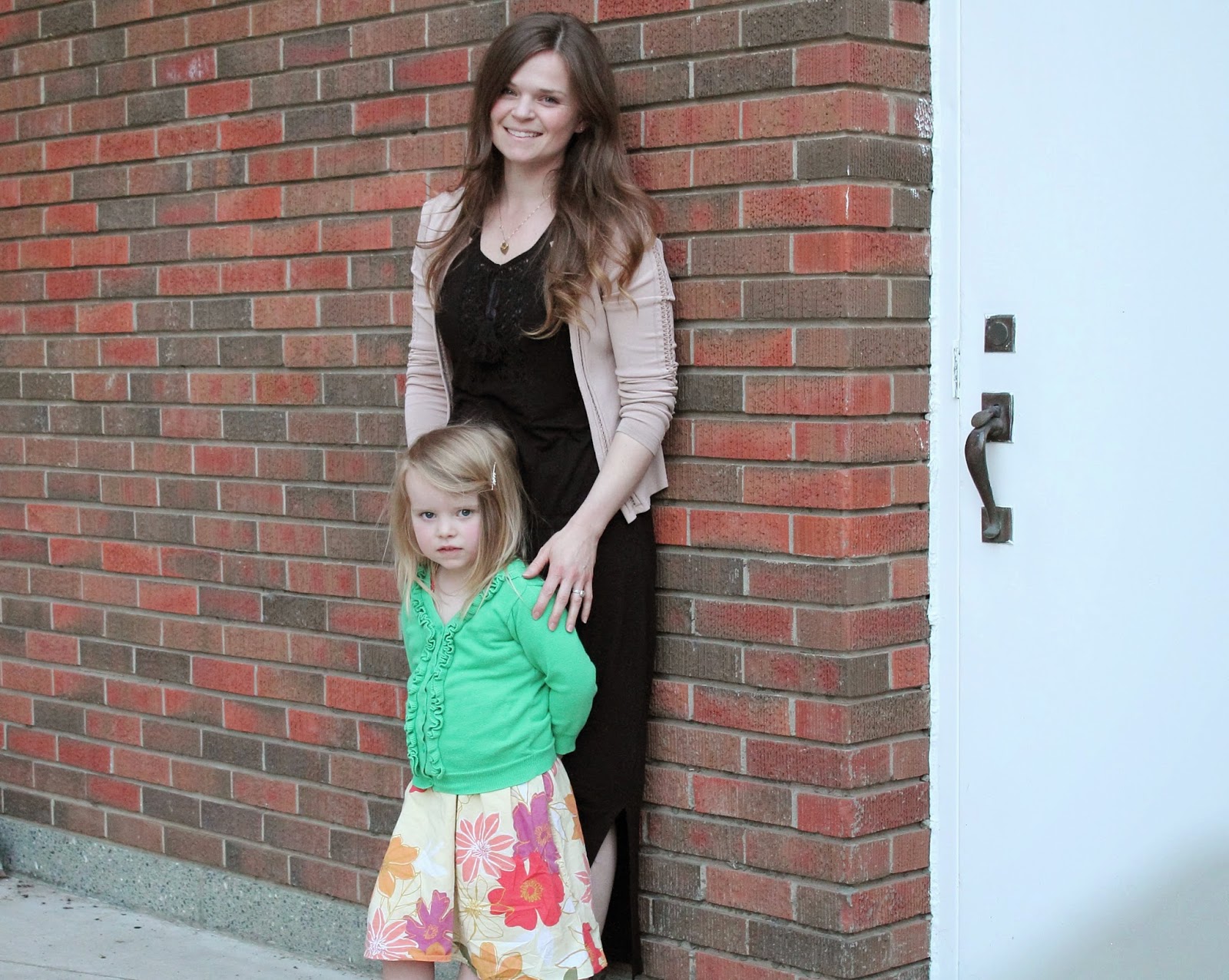 We are so thankful to the Alberta Ballet for the opportunity to see this fabulous show.
We completely forgot that it was a dress rehearsal.
Not once did they call a reset and our {untrained} eyes didn't see a single glitch.

Posted by cwesthicks at 3:12 PM