I have been meaning to share my "cloffice" for a while now.
I actually credit this little nook with my starting a blog.
Years ago I googled turning+a+small+space+into+an+office+nook and came across this new fangled site called Pinterest.
Yep, that's how old this project is.
I wasn't sure what this Pinterest was but still put my application in to be accepted to this super exclusive site.
During those initial hours upon hours upon hours of perusing I kept stumbling on lifestyle bloggers and started following a few.
I was immediately hooked and was envious of how these women were chronicling theirs and their families lives so decided to do the same for us.
You Auto Know Blog was born.

Back to the cloffice.
This space was a little doorless closet right in the middle of the house nowhere near any of the entrances.
Practical right?
It was screaming for a repurpose.
It's now starting to look a little worse for wear but has held it's function really well.
The best parts of getting the computer to the main floor are that a) we now have access to our music in our main living space and b) we all end up spending our time together on the main floor even if we're each doing our own thing. 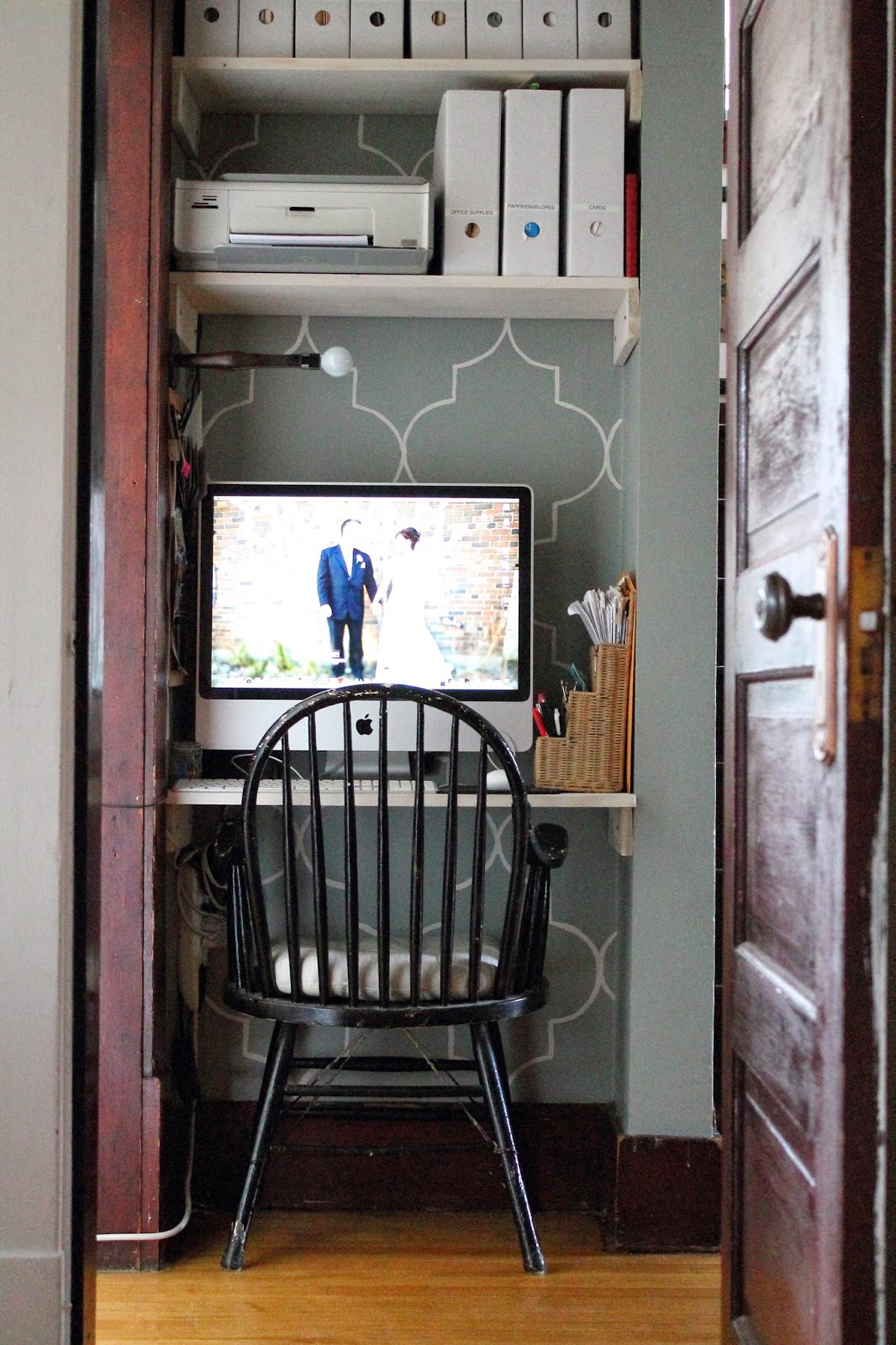 The project basically consisted of 1) tearing out the closet rod and shelf 2) patching and painting  3) installing shelves and 4) moving in.

I just wanted to share the painting part today.
I was way too cheap to pay for a stencil so decided to make my own.
I made it fairly large because I knew this space would get cluttered enough without a busy pattern.
There are a bunch of free printables out there but I wanted it bigger than I have the capability to print.
After much trial and error this was by far the easiest {for me} and most precise without spending a lot of time.

Start by taping 2 8x10 sheets of paper together.
Using a kids plate {a side plate could work as long as it's not more that 6" wide} trace two circles touching one end of the paper and each other. 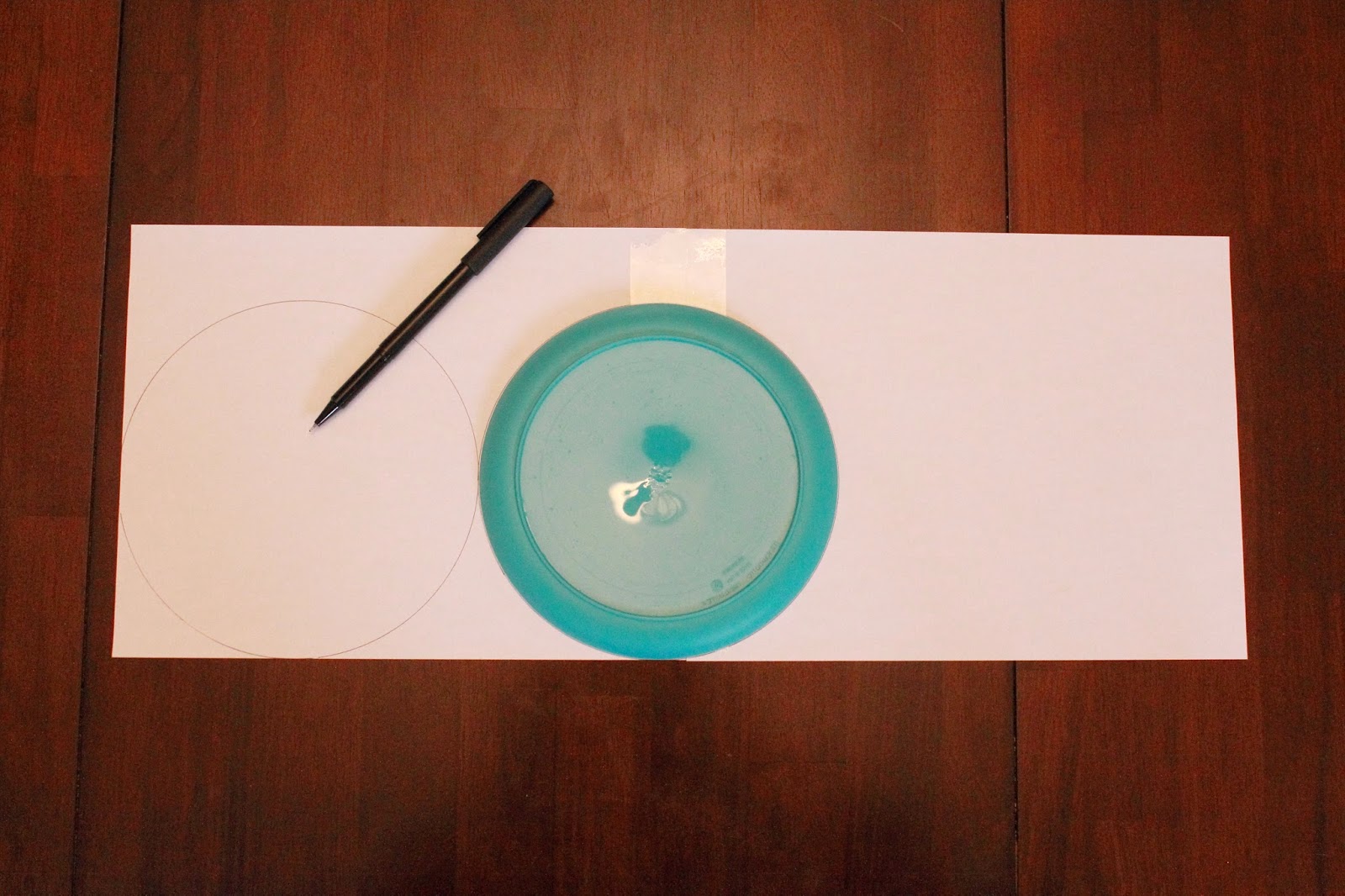 Make two folds, one on the other end of the circles and one on the top of them.
I like folding before cutting to get that perfectly straight line at right angles to the page. 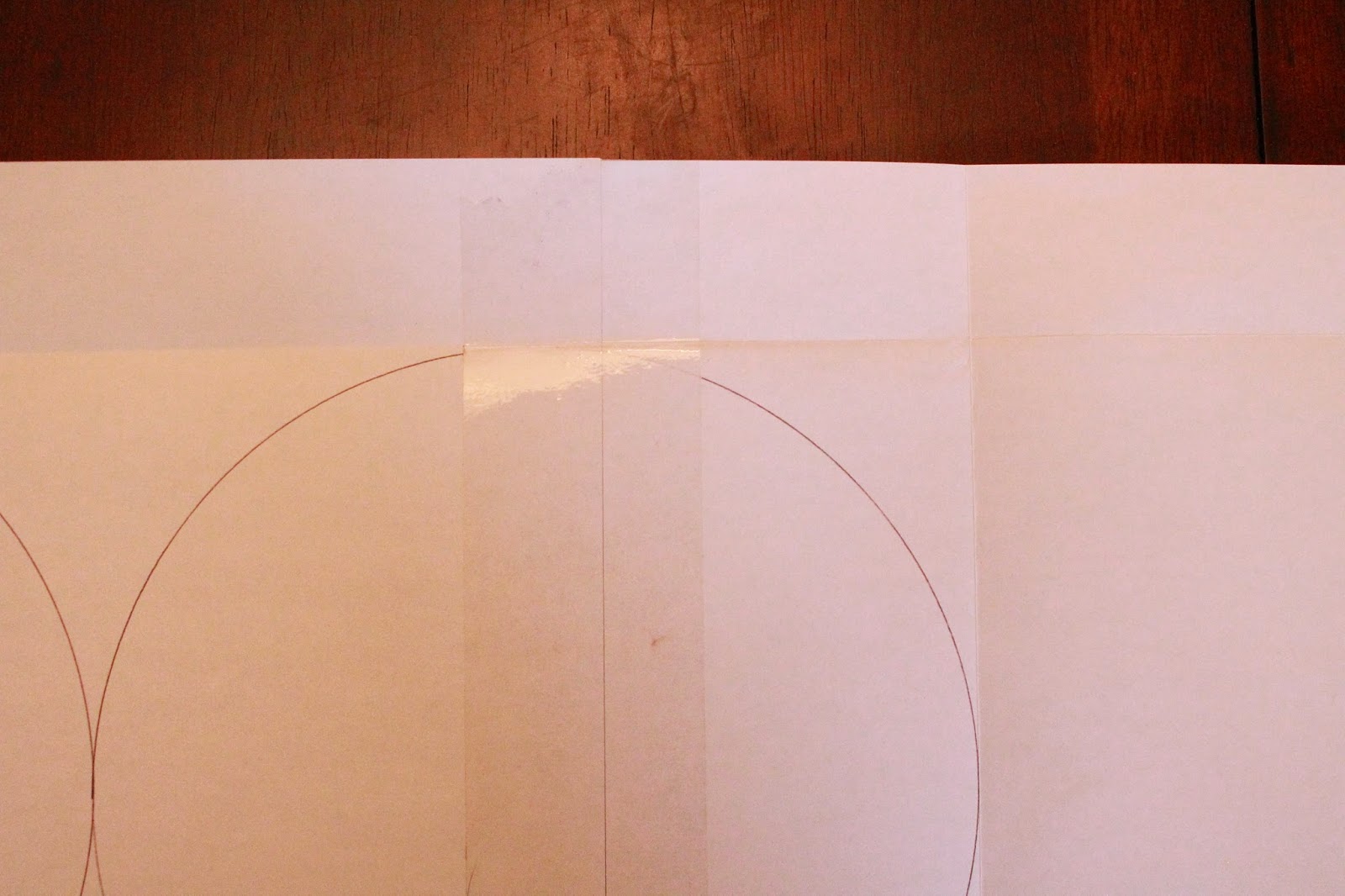 Next cut both sides off so you're left with just the two circles in a rectangle.
Make sure to cut the side piece off first and keep the top strip {which should be the length of your main sheet} you will need this later. 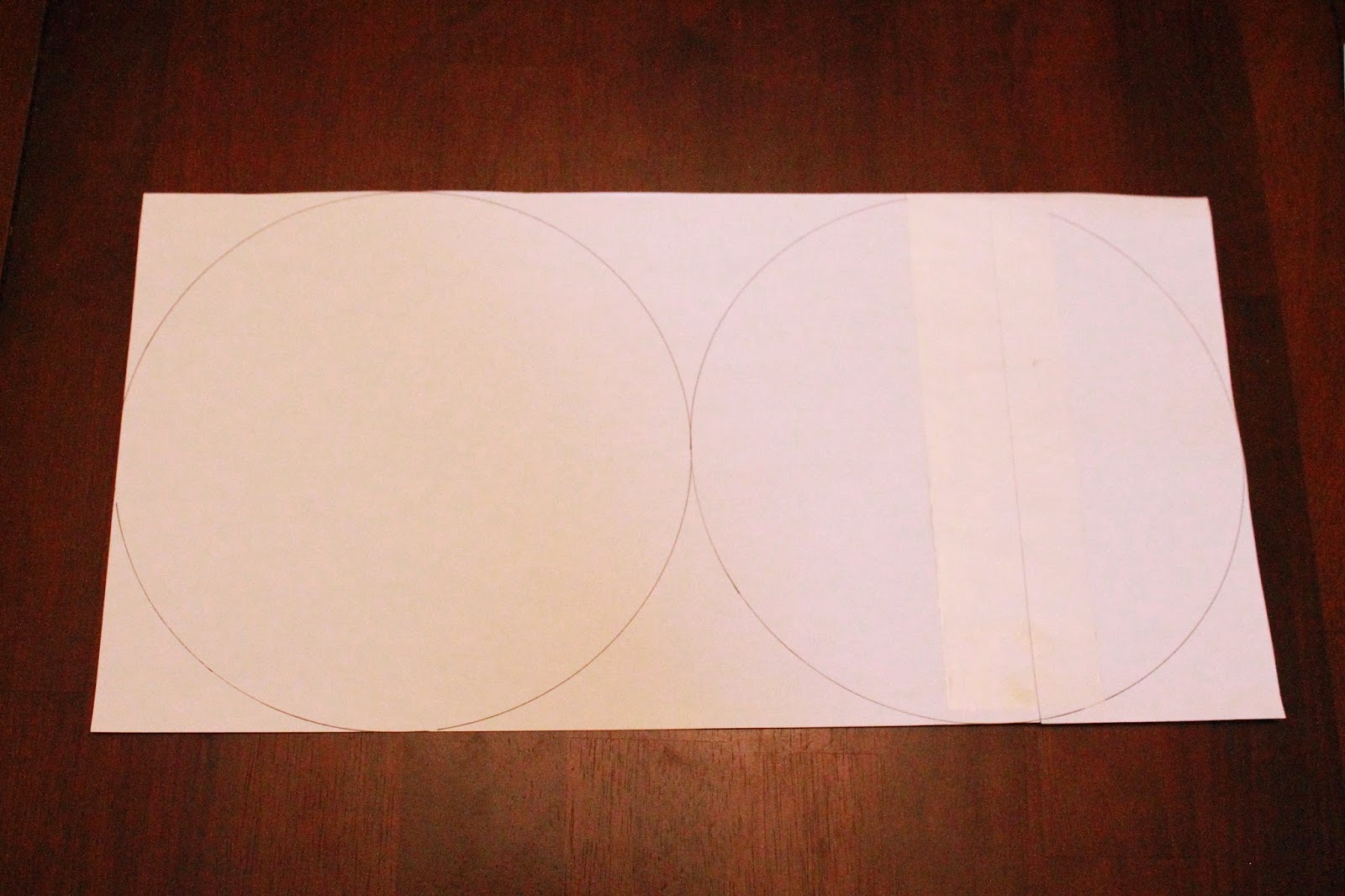 Fold the above piece so each circle is folded exactly in half. {I used a dark pen so I could see that the circle halves matching up.} 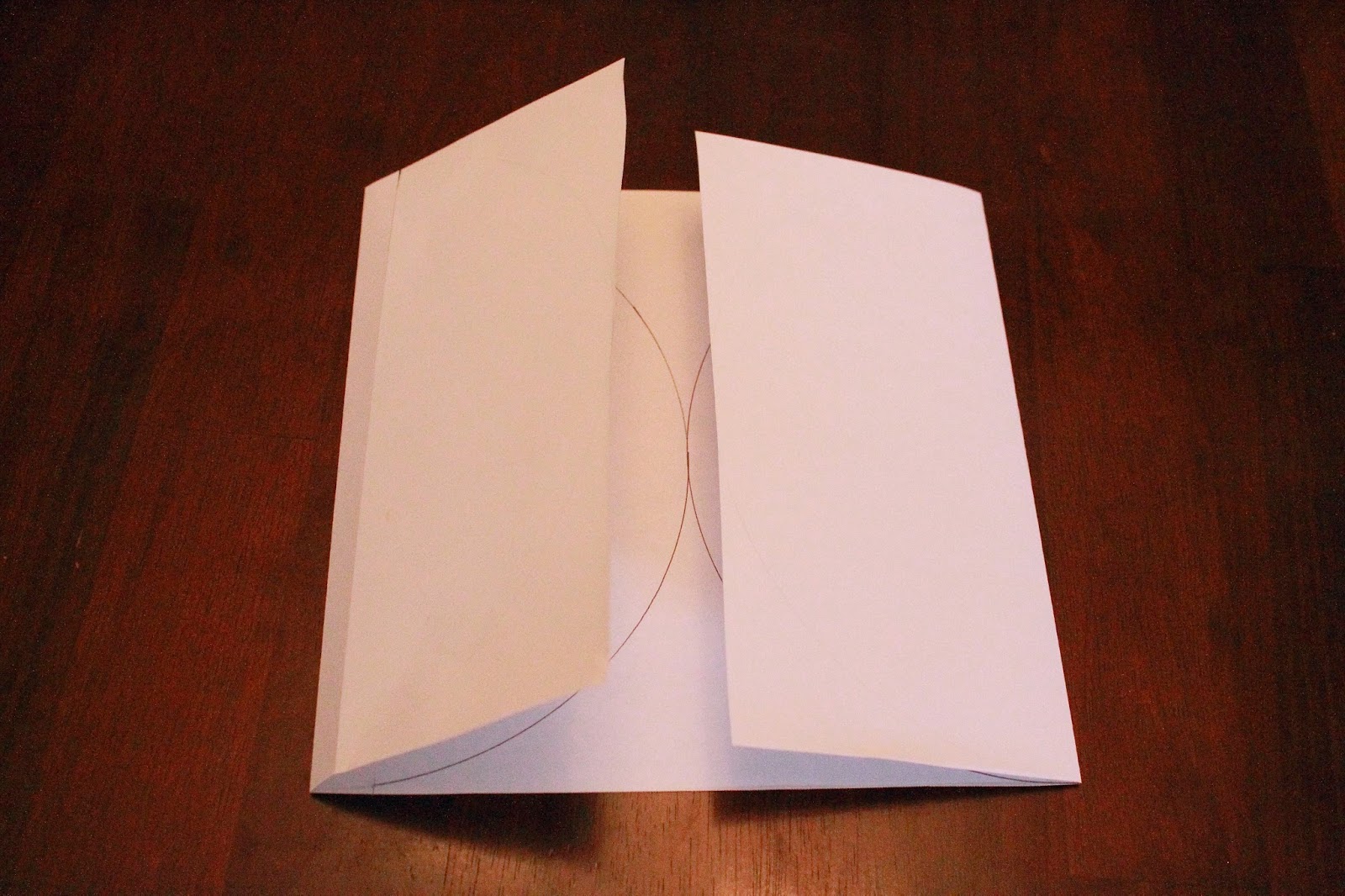 Cut out the spaces between the circles. {Nicely, you will need these.} 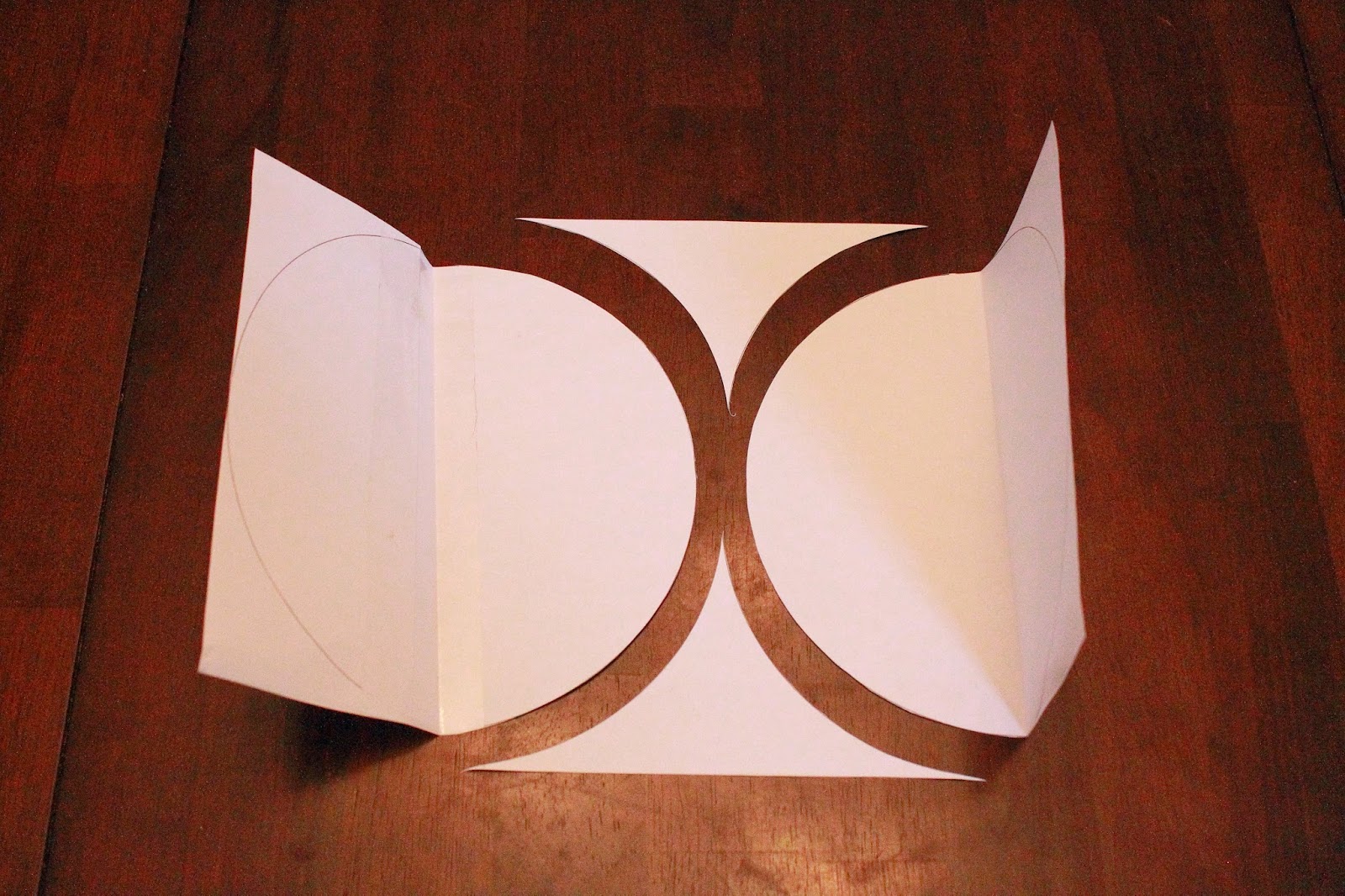 Tape the two straight edges left of your rectangle together. 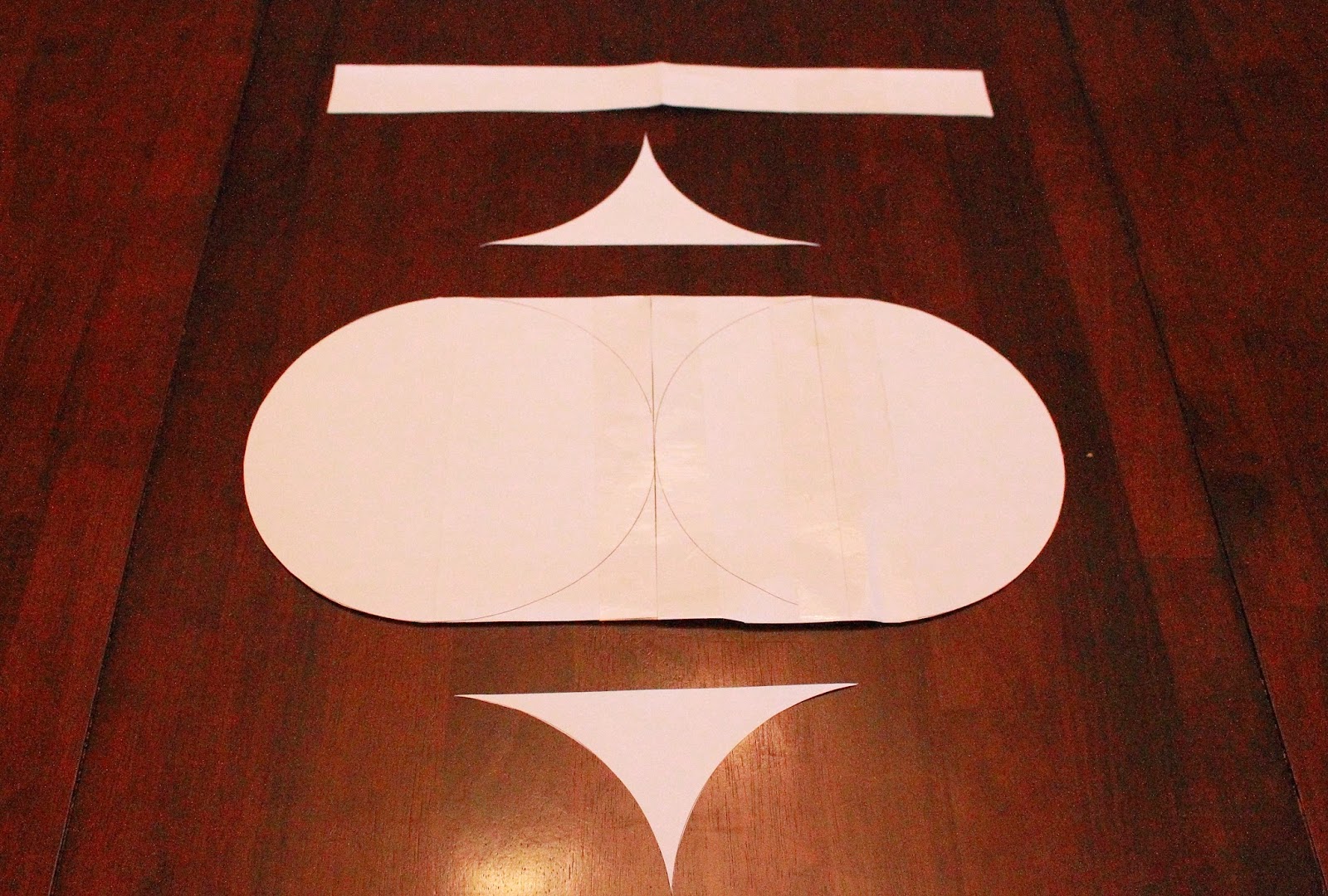 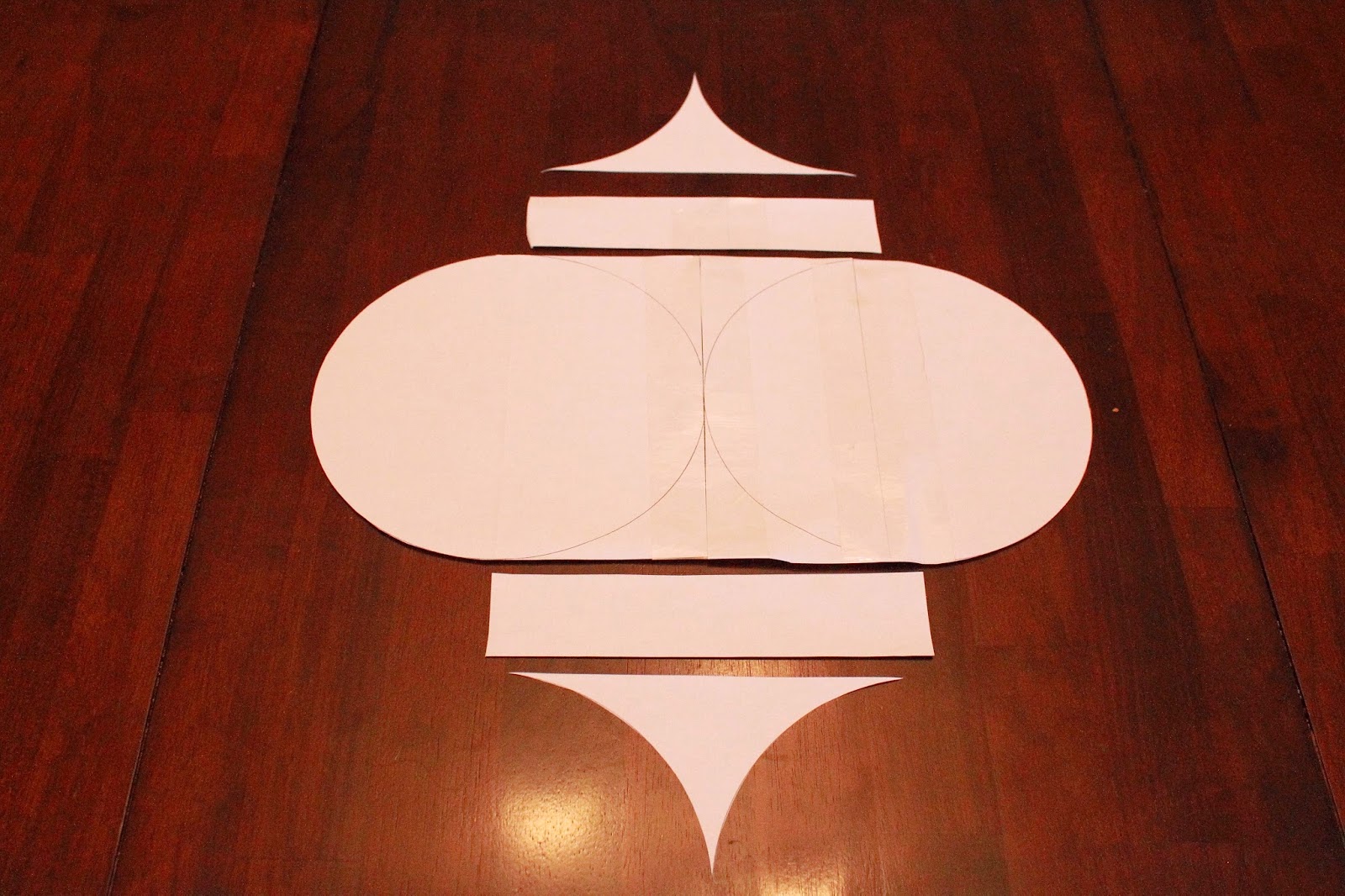 Tape it all together and voila. 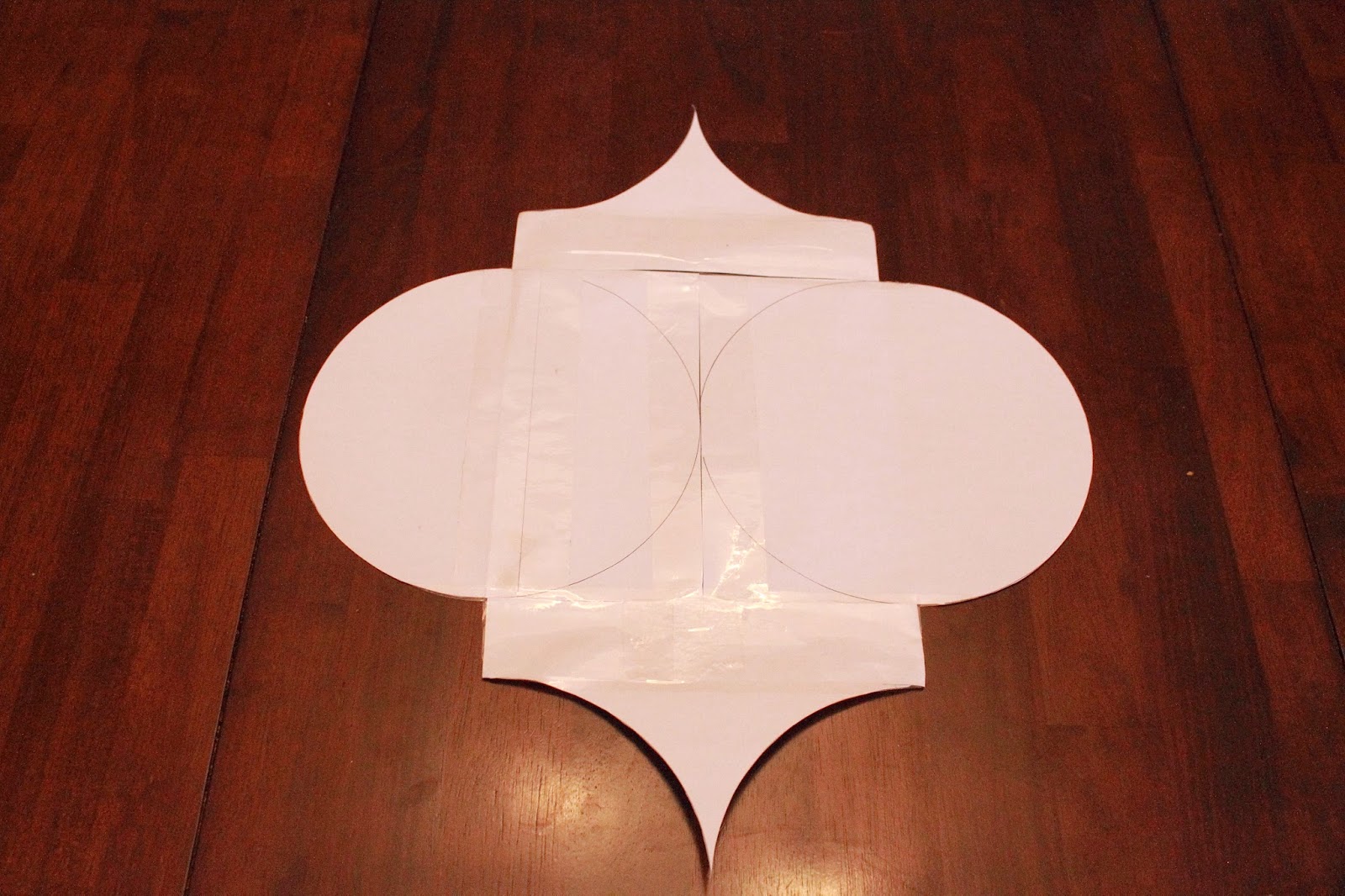 With the stencil I simply started in the bottom, placed and traced on my wall {that I had already painted in my base colour} with pencil.
Once the pattern was traced over the whole  wall I used a small paintbrush {doesn't have to be fancy, I just used one of my kid's} to retrace in white.
Simple and easy but it ended up being the exact look I wanted.

Posted by cwesthicks at 2:44 PM