Not literally.
Though coloured jeans are hot right now, they're not for me.

As I said in this post, I have been trying to recycle more lately.
Not like blue bag recycle but a more traditional kind.
This week I decided to take a pair of dated old flare jeans and turn them to skinnys.
In the past I would have thrown them in the donate pile and bought a new pair.
They're not the best jeans I've ever worn but they are exactly what I needed and cost me $0!

It was surprisingly easy.
I put the jeans on.
Marked the spot where they started to flare.
Measured how much they needed to be taken in at the ankle.
Took them off and turned them inside out.
Pinned the leg so they tapered to the measured spot at the bottom.
Sewed.
Cut off the excess a cm outside the seam.
Wore them.
These were cheap Gap denim a thin denim  so the new seam wasn't bulky which it might be if you were using a thicker pair. 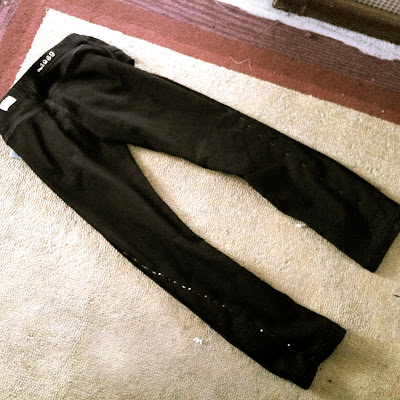 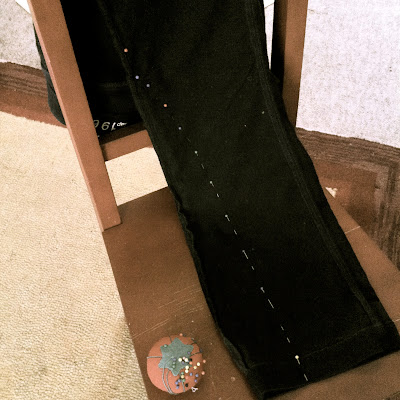 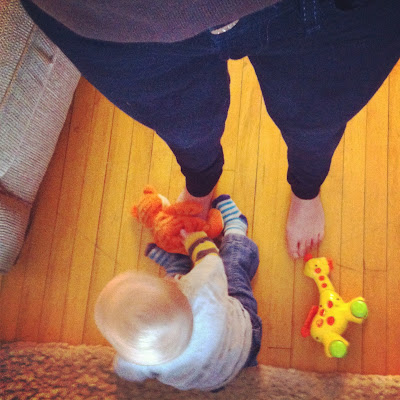