We're back, and we're a little grumpy.
We took a late flight last night to maximize our time out east.
Now, we're paying for it.
I'd pay this price a million times for the visits we had.
{More on that later.}

It started out a little rough with a 2 hour flight delay.
But, as my Mom {the optimist} said, at least we weren't sitting on the plane.

We set up camp next to this little play area.
It was a complete hit with Fiona.
She split her time between sliding, lego and watching the planes with Gram.
Cedric slept. 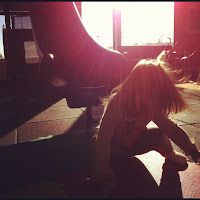 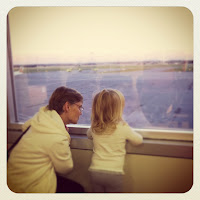 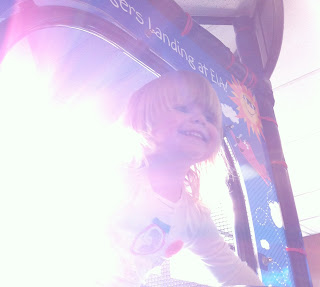 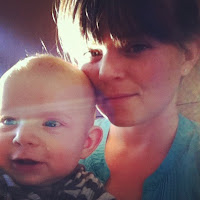 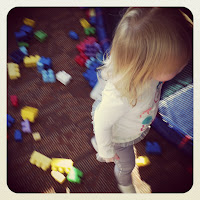 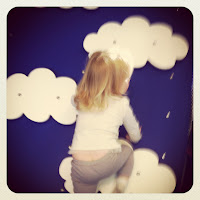 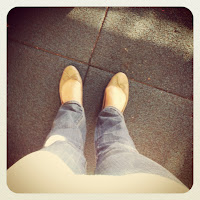 I have many friends that fight for the roomy front seat when flying with kids.
I, on the other hand, have found it easiest to take the babes to the back of the plane.
Because {a}less people sit back there
{b}close proximity to the bathroom with the change table
{c}close to the wonderful flight attendants
{d}I feel no need to rush off the plane when it lands. 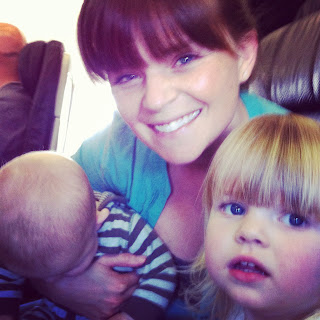 We grabbed our row 22 seats and brought out the toddler entertainment.
Honestly, I don't know why I bother.
Fiona was glued to Treehouse on the little screen {sans sound} until she fell asleep.
At one point I had 2 sleeping kids.
{My Mom took visual evidence.} 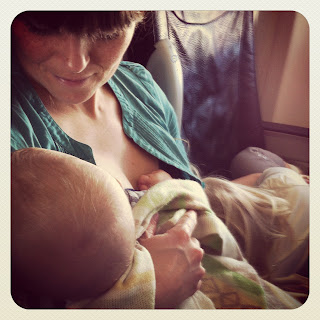 Neither of the kids seemed bothered by the change of pressure.
I tried to feed Cedric as we went up but my little snacker was done long before we hit the air.
We had some water handy for Fiona and she used it on takeoff but not landing.
I thought maybe the noise would scare Fiona {on her first flight sitting in her own seat}.
But the fact that we listened to the planes roar from the airport I think made her more comfortable.

In Fionglish:
"Sa hairplane say roar and go upa, sa people can't reach us.
Get a cookie...two cookie, put a seatbelt on, watch a Toopy and Binoo."

The way back was a little later so Fiona was definitely over tired.
{I was also tired which explains the lack of pics.}
She took a long time to settle but still barely made a peep.
I was full of pride when, at the end of the flight someone said "you wouldn't even know there were 2 kids back here."
That folks, is what you call a success.

Posted by Cheryl West-Hicks at 5:48 PM